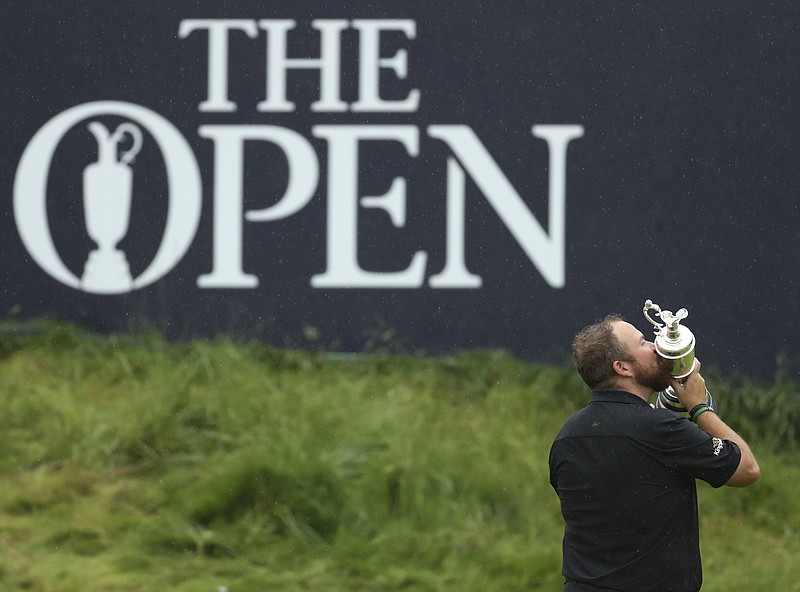 FILE - In this Sunday, July 21, 2019 file photo, Ireland's Shane Lowry holds and kisses the Claret Jug trophy on the 18th green as he poses for the crowd and media after winning the British Open Golf Championships at Royal Portrush in Northern Ireland. The British Open is heading back to Royal Portrush. The R&amp;A says the world&#x2019;s oldest major championship will return to the Northern Irish venue in 2025 after a successful staging of the British Open there in 2019 when Irish player Shane Lowry won by six shots. That marked the first time Royal Portrush had hosted the event since 1951. (AP Photo/Peter Morrison, File)

VIRGINIA WATER, England -- Sergio Garcia, Ian Poulter and Shane Lowry were picked by European captain Padraig Harrington on Sunday to complete the team for the Ryder Cup at Whistling Straits.

Harrington had previously indicated Garcia and Poulter, who have a combined 15 appearances in the Ryder Cup, were in line to be selected.

Lowry got the nod ahead of Justin Rose and will be one of three rookies in the team, along with Bernd Wiesberger and Viktor Hovland.

Wiesberger, Lee Westwood, Matt Fitzpatrick and Tyrrell Hatton secured the final automatic qualifying places for Europe following the BMW PGA Championship on Sunday. They joined Jon Rahm, Rory McIlroy, Tommy Fleetwood, Hovland and Paul Casey in the team for the Sept. 24-26 event, when the Europeans will be defending the cup they won outside Paris in 2018.

They have a huge advantage in terms of experience -- Westwood (10) and Garcia (9) make up half of the 38 Ryder Cup appearances in the European team -- though the Americans have nine of the current top 11 in the world rankings.

The 41-year-old Garcia will be looking to add to his record haul of 251/2 points at Ryder Cups.

"He's a leader. He loves match play. He's a great ball-striker and is well suited to the golf course," Harrington said. "But it's what he does for the team, he really leads out that team."

Poulter, who has earned the nickname "The Postman" because of his Ryder Cup exploits, has been given a captain's pick for the second consecutive time. He is unbeaten in singles matches in his six appearances, delivering points for his team.

"I don't think this should have been too much of a doubt," Harrington said of Poulter's selection.

Rose pressed his case for a pick by shooting a final-round 65 at Wentworth on Sunday in finishing in a tie for sixth, having needed a win to qualify automatically.

"I played match play against the golf course, just to get into the spirit of match play," Rose said pointedly.

But Harrington was persuaded to go with Lowry, the 2019 British Open champion, because of the Irishman's consistency over a longer period of the qualifying period.

"More relieved than anything else," Lowry said. "But I'm over the moon, really excited." 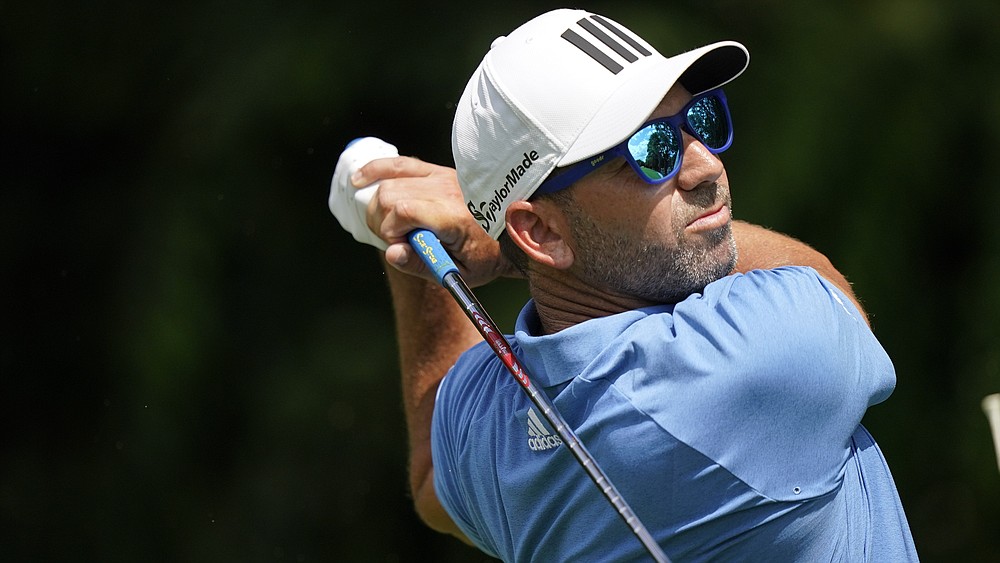 Sergio Garcia hits on the second tee during the first round of the Tour Championship golf tournament Thursday, Sept. 2, 2021, at East Lake Golf Club in Atlanta. (AP Photo/Brynn Anderson)