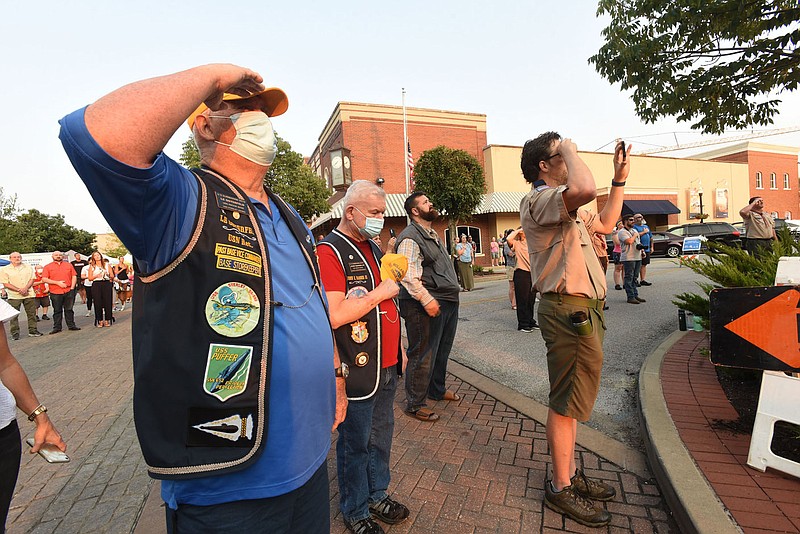 Le Osterfeld (cq) with the USS Snook Base submarine veterans group based in Rogers salutes on Saturday Sept. 11 2021 during the Pledge of Allegiance at the 9-11 remembrance ceremony in Bentonville. Go to nwaonline.com/210912Daily/ to see more photos. (NWA Democrat-Gazette/Flip Putthoff)

"I came to honor the men and women who lost their lives that day," Allyson Meadows of Mountain Home said.

Meadows, who was 10 in 2001, said her father was a fighter pilot, and they lived on a military base. She was home-schooled, and her grandmother called to tell Meadows' mother about an airplane hitting the World Trade Center.

Benton County's County Judge Barry Moehring and Bentonville Mayor Stephanie Orman presided over Saturday's ceremony on the downtown square to honor the 9/11 victims and those who lost their lives in the war on terror.

Nineteen terrorists hijacked four commercial airplanes, according to the 9/11 Memorial and Museum website. They intentionally flew two of the planes into the Twin Towers of the World Trade Center in New York, and a third into the Pentagon in Arlington, Va.

Passengers and crew members of the fourth hijacked plane initiated a counterattack, causing the aircraft to crash into a field in Pennsylvania, according to the website. Nearly 3,000 people died that day.

"Today is about remembering," Moehring said.

Moehring said he was particularly touched to see many of the area's first responders at the ceremony because more than 400 police and fire personnel lost their lives at the World Trade Center -- the country's largest loss of first responders in one day, he said.

"We will never forget the haunting images of those heroes just like you who ran into danger and never made it out," Moehring said. "We are so grateful for your courage and your service to our great community and our great nation."

Taps was played and a moment of silence was held at 7:46 a.m. -- 8:46 a.m. Eastern time -- in remembrance of the moment American Airlines Flight 11 crashed into the north tower of the World Trade Center.

James Bell of Rogers remembered being at home that morning, getting ready to go to work. He saw it unfold on television.

"I walked in the room and saw the second tower being hit," he said. "I knew immediately what happened, and I was very angry."

Nancy Leake of Bentonville said she had taken her father to the doctor, and they watched the planes hit the World Trade Center on television in the waiting room.

"To see that happen touched everybody and in that tragedy it brought our country together and united our country in a way that had not been done," Leake said. 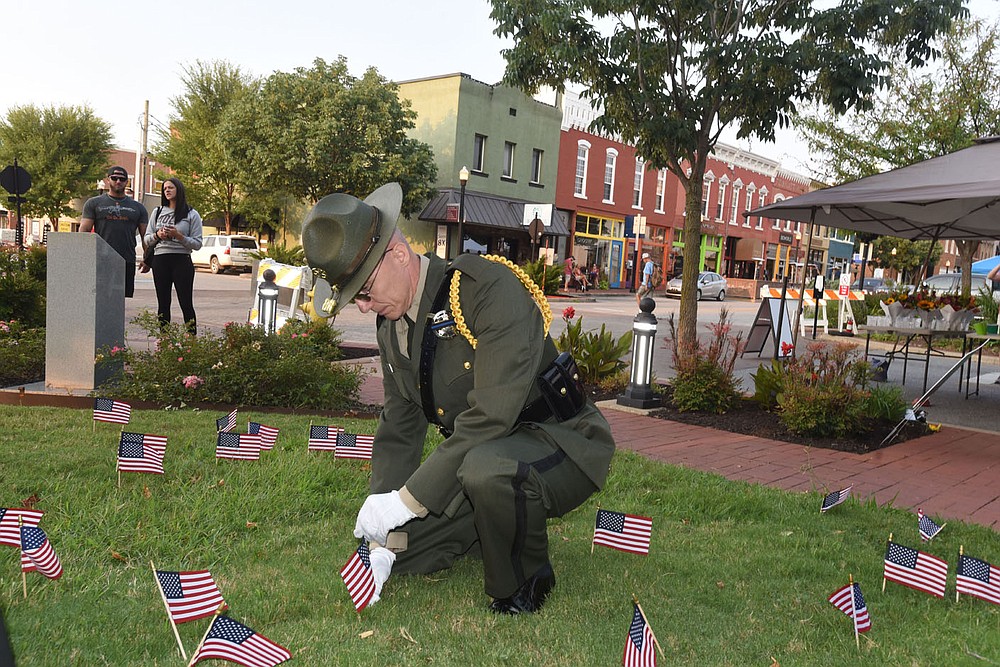 Deputy Michael Dowdle with the Benton County Sheriff's Office Honor Guard on Saturday Sept. 11 2021 places a 9-11 remembrance flag on the courthouse lawn, along with other flags placed by people who attended the 9-11 remembrance ceremony on the Bentonville square. Go to nwaonline.com/210912Daily/ to see more photos. (NWA Democrat-Gazette/Flip Putthoff) 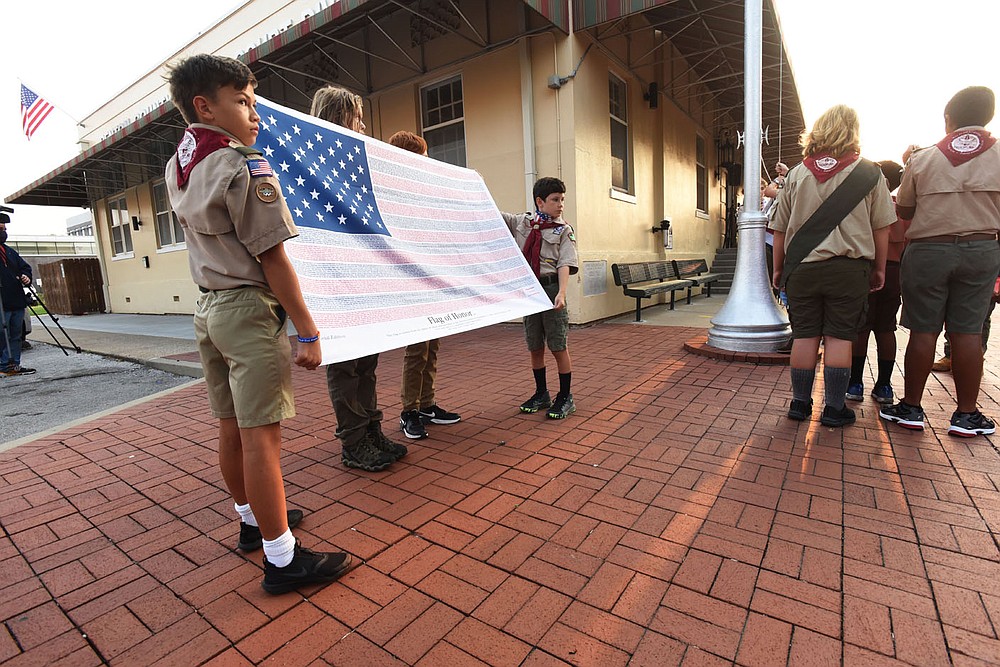