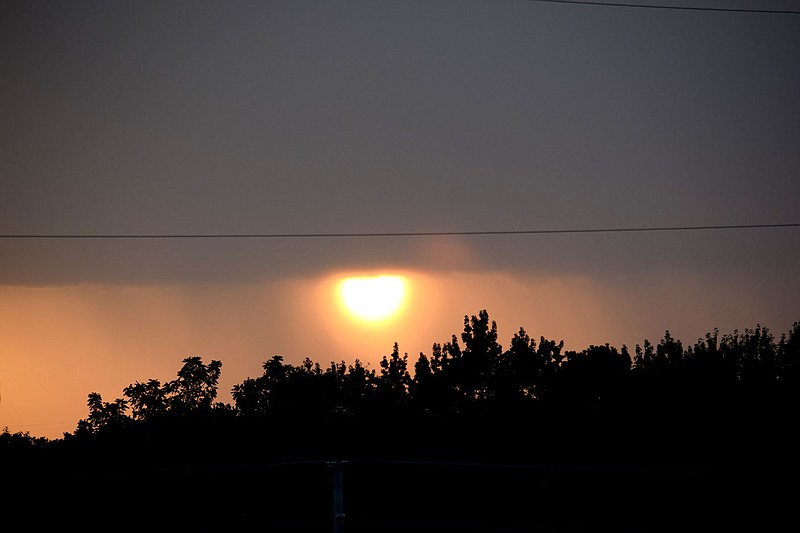 Westside Eagle Observer/MIKE ECKELS As the sun sinks below the base of a rain shower, two rain shafts on either side marks the end of a beautiful of the day in Decatur Aug. 30. As Hurricane Ida passed along the eastern border of Arkansas the wind currents surrounding the outer perimeter made for several interesting and unusual cloud formations over Northwest Arkansas.

DECATUR -- The images coming out of southern Louisiana were devastating as Hurricane Ida, a huge Category 4 storm, brought death and destruction to not only Louisiana but Mississippi and into the northeast. As the catastrophic storm moved inland, the effects were visible even in Northwest Arkansas.

A hurricane is a low-pressure system that forms over tropical or subtropical water that moves from east to west. Some form off Africa near Cape Verde. Some form in the Gulf of Mexico or the Caribbean along the Intertropical Convergence Zone that encompasses the Earth's equator.

Hurricane Ida started its life in the Caribbean as a Tropical Wave that soon evolved into a tropical depression. After crossing Cuba, Ida tracked toward the Louisiana-Mississippi coast. Hurricane Ida's sustained winds soon reached 75 miles per hour, turning it into a Category 1 hurricane.

Just before making landfall in the Port Fourchon, La., Ida rapidly intensified and turned into a Category 4 storm with sustained winds of 150, at one point reaching 155 miles an hour, five miles an hour short of a catastrophic Category 5, the most powerful hurricane on the Saffir-Simpson scale. And the rest is history.

Meanwhile, 714 miles away in Northwest Arkansas the heatwave continued with not a drop of rain in sight. But as Hurricane Ida, which rapidly lost intensity and was downgraded to a tropical storm, was moving along the eastern side of the Mississippi River just grazing eastern Arkansas, the long-range effects were still felt in our area.

At the extreme outermost influence of Hurricane Ida, the winds aloft were moving southwest making for some interesting cloud formations.

Around 6 p.m. popup rain showers and a few brief thunderstorms began building in the area. These lasted only a few minutes to over an hour. One long-duration storm formed west of Decatur and Gentry in eastern Oklahoma.

The storm itself reached high into the atmosphere, but the wind shear in the upper levels blew the tops over the Decatur area. As the sun cleared the base of the storm, it happened to set right between a pair of rain shafts, making for a vibrant orange sky.

As Ida moved off to the east, the outer wind bands began to die out and everything returned to normal for Northwest Arkansas. 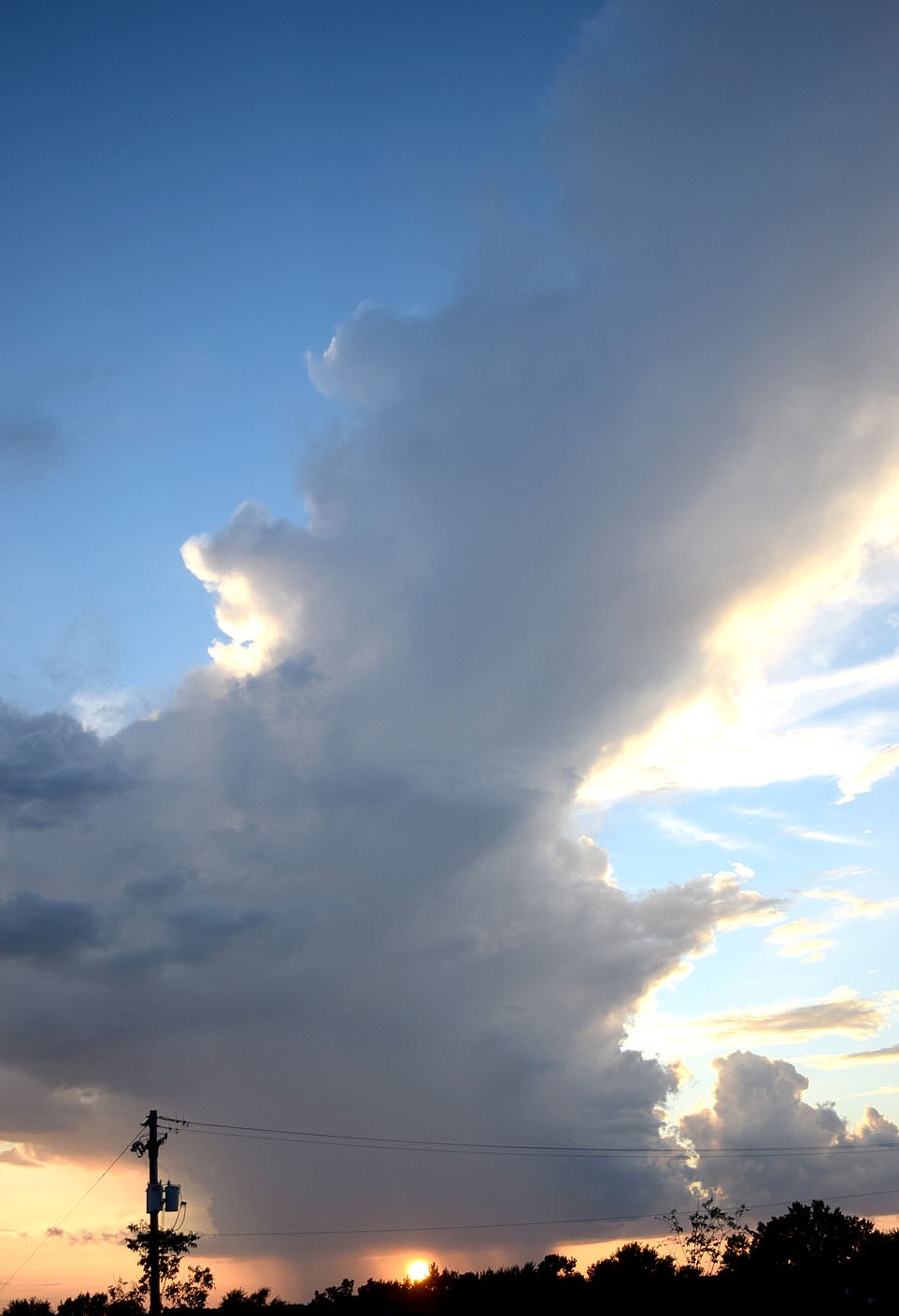