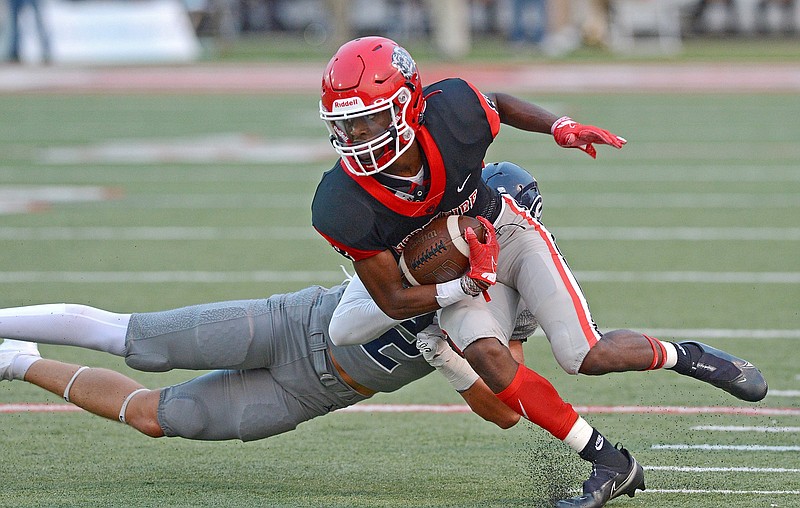 Northside (2-0) defeated Fort Smith Southside two weeks ago in the season opener and completed the Sebastian County sweep with Friday's win in the 86th home opener at historic Mayo-Thompson Stadium.

Greenwood (2-1) had a 16-game winning streak snapped, dating back to a loss at Searcy in the 2019 Class 6A semifinals.

Northside's 1-2 punch of senior running backs Ty Massey and Sundquist Church, behind a physical offensive line, combined for 289 yards. Massey had 149 yards on 22 carries and scored Northside's first two touchdowns on runs of 3 and 52 yards. Church powered his way for 140 yards on 20 totes.

"We've gone against these guys all summer, four times in different camps," Northside Coach Mike Falleur said. "We know what they're going to do, and they know what we're going to do. I told our kids that the key to us winning is out-physicaling them, and we did that. We hit 'em, we hit 'em and we hit 'em. They're a great football team, a great football program, but you know what, so are we. We're in that same dad-gum category."

Northside's final two scores in the second half proved to be the difference.

In addition to the expected running game, senior quarterback Walker Catsavis completed 12 of 21 passes for 107 yards and a 3-yard touchdown toss on third down to senior tight end Julian Martinez that erased a 14-13 halftime deficit with 5:15 left in the third quarter.

"We want to mix it up," Falleur said. "We're not going to ever be a 50-50 team. We're going to run the ball first, but we have to have the ability to throw the football and we did a pretty decent job of it."

Jett Frazier stopped a fourth-down pass on Greenwood's next possession, and Northside's Saul Rodriguez booted a 29-yard field goal to push the Grizzlies up, 22-14 with 11:16 left.

"We were in man coverage," Frazier said. "They had been running a lot of fast screens all night. We just manned up on them and stayed outside leverage on them."

[Video not showing up above? Click here to watch » nwaonline.com/911fsnorth/]

Greenwood answered with an 11-play drive with senior running back Dylan Tucker crashing in from three yards out with 8:17 left. Northside linebacker Davion Hinkle's pass rush forced an incomplete pass on the two-point try, leaving Northside's lead at 22-20.

The teams traded punts, and Greenwood had a final opportunity, forcing a stop and taking over with 1:42 left at its own 26 but Northside safety Jack Green intercepted a pass and returned it 64 yards for a touchdown with 37 seconds left.

"We were in man coverage," Green said. "I knew I had a person behind me so we were playing up. As soon as I saw them break on the out, I went up for it and took it to the house. I was running as fast as I could to get to the end zone."

It was the fourth turnover of the game by Greenwood.

"We played a good football team, and you can't turn it over four times," Greenwood Coach Chris Young said. "I thought the defense played, but those two running backs are good. They're physical up front and they pounded. The defense gave us an opportunity to win the game. The offense has to come out and finish the drive."

After a scoreless first quarter, Massey's 3-yard run had Northside up, 7-0, with 9:43 left in the second quarter. Greenwood answered on its next series with Hunter Houston throwing an 8-yard touchdown pass to Aiden Kennon with 7:03 left in the half.

Greenwood took a 14-7 lead when Houston hit Tanner McKusker in stride on the way to a 58-yard touchdown with 2:44 left in the half.

Northside also scored on a big play to close the half with Massey going around the right side on a 52-yard scoring with just 25 seconds left in the second quarter. The kick was high, and Greenwood took a 14-13 advantage into the half. 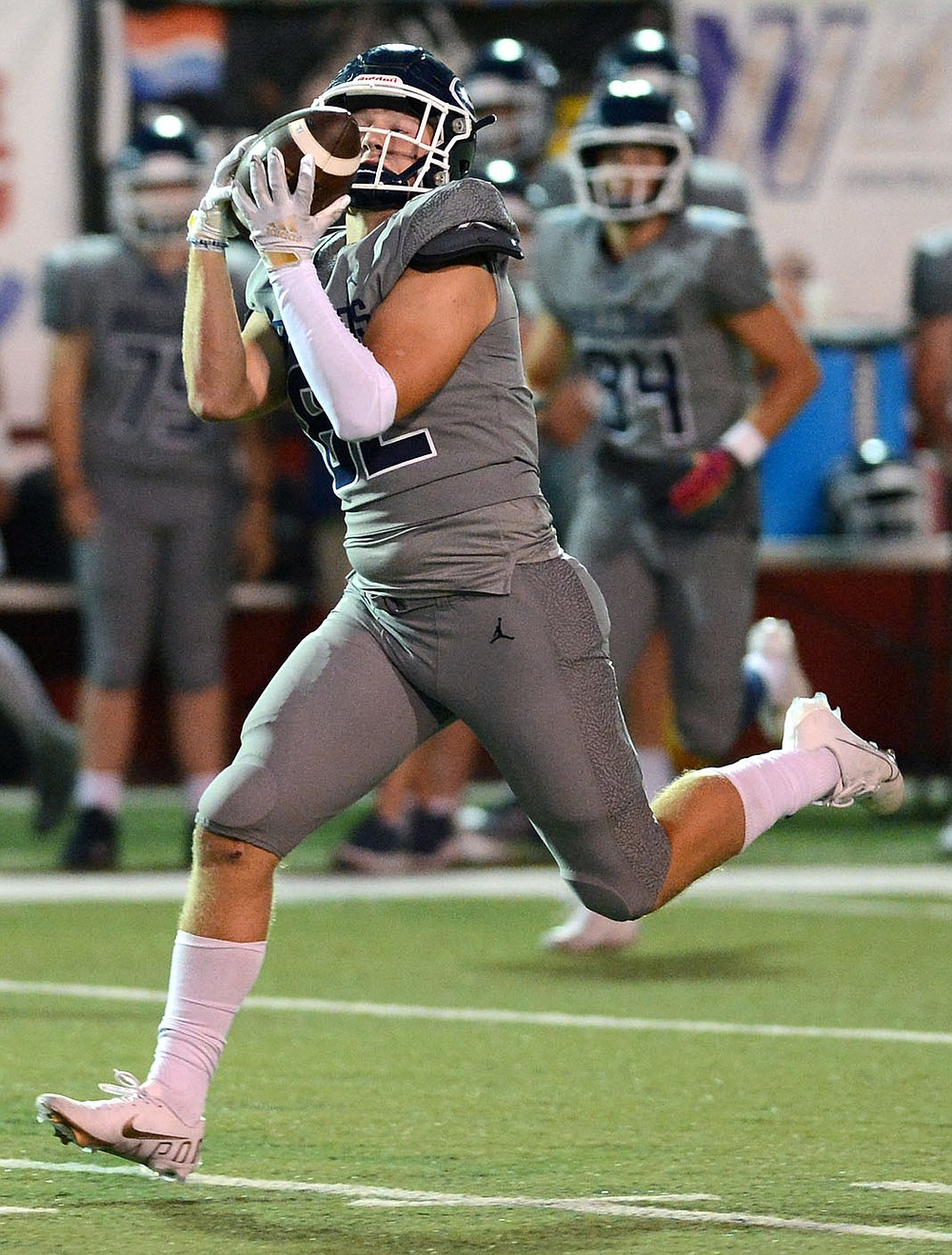 Greenwood's Tanner Mckusker catches a ball thrown by quarterback Hunter Houston, taking it into the end zone for a touchdown against Fort Smith Northside late in the second quarter on Friday, Sept. 10, 2021 in Fort Smith. (Special to NWA Democrat Gazette/Brian Sanderford) 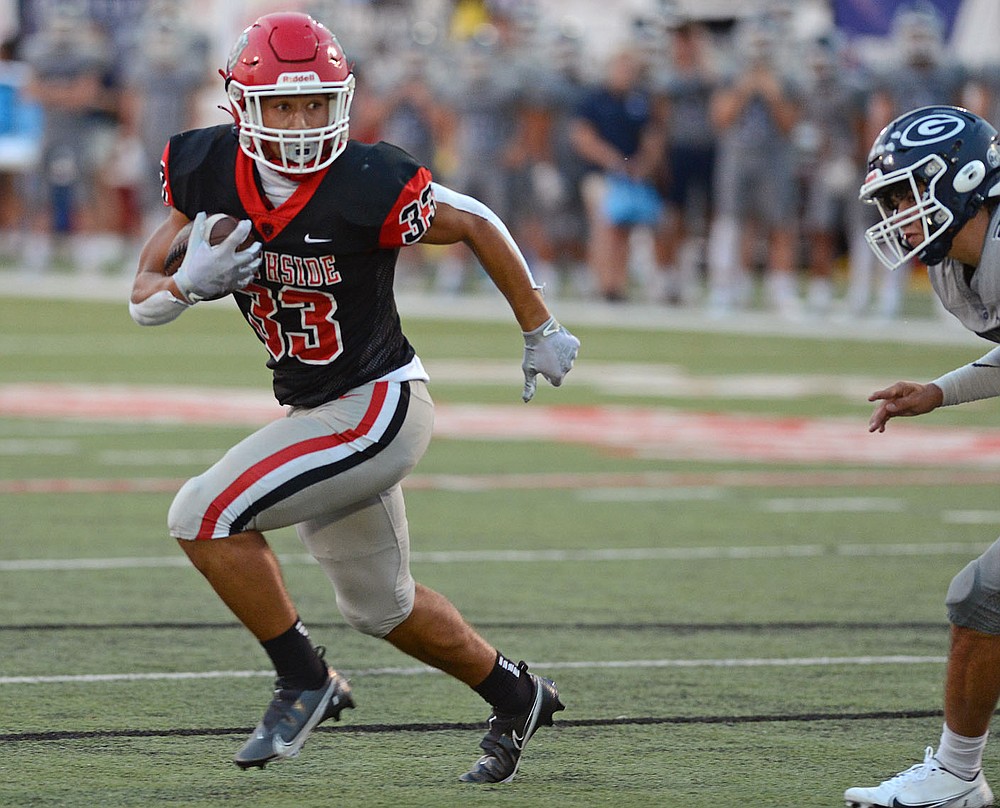 Northside running back Ty Massey (33) works to the outside and carries into the end zone for a second quarter touchdown against Greenwood on Friday, Sept. 10, 2021 in Fort Smith. (Special to NWA Democrat Gazette/Brian Sanderford) 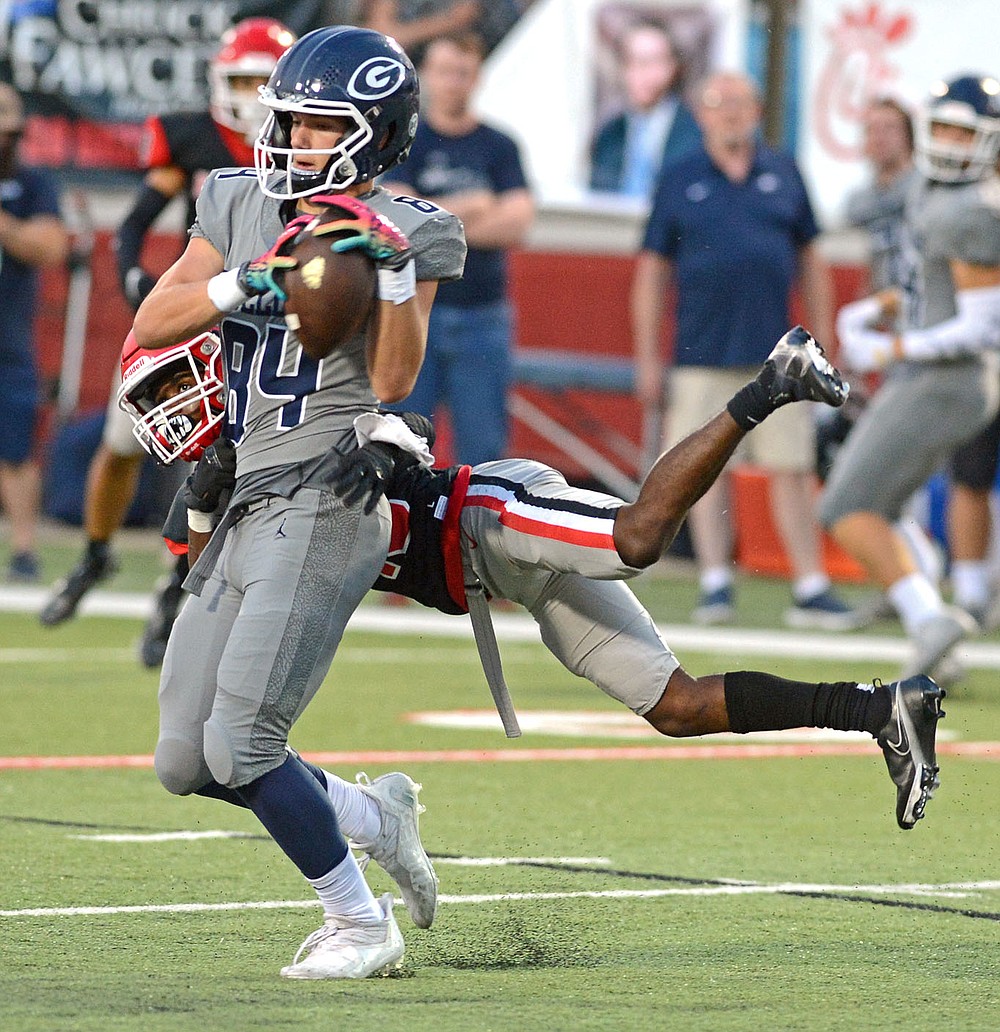 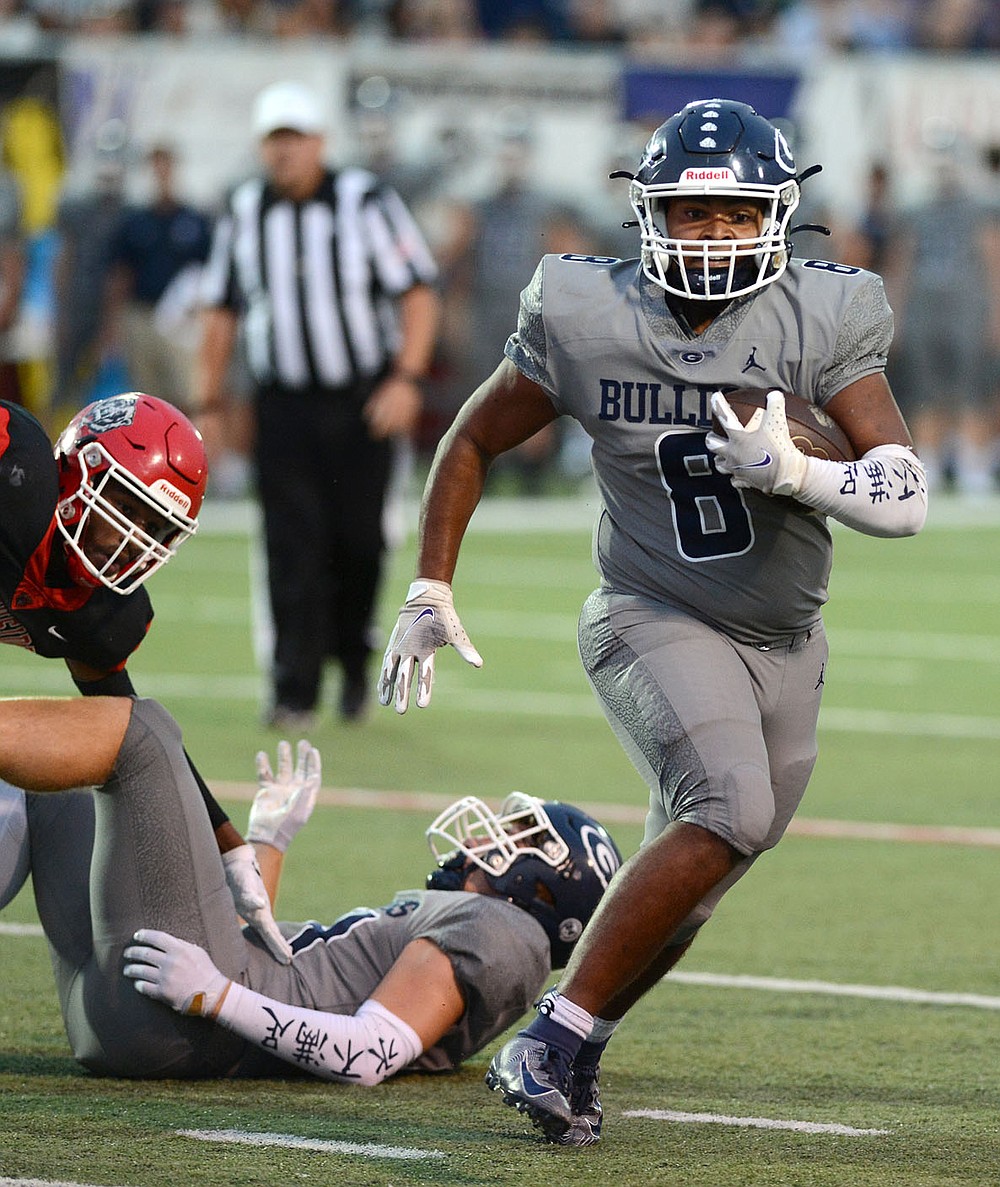