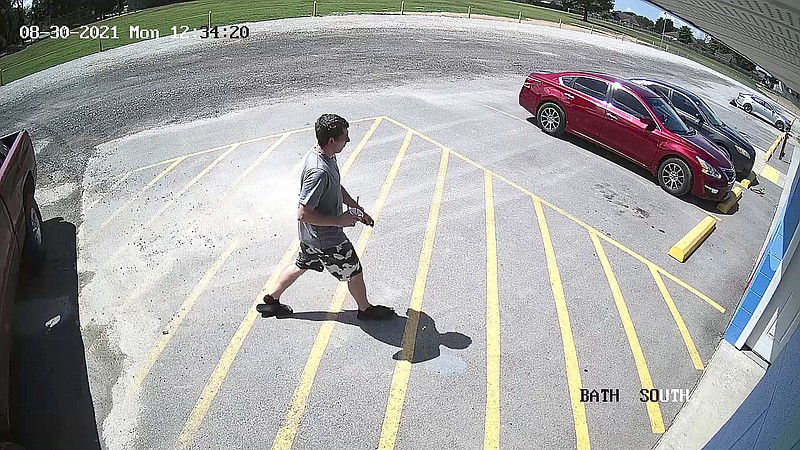 PEA RIDGE -- The splash pad at City Park closed early for the summer due to vandalism which rendered it inoperable, according to a police report.

Police were notified Aug. 30 that a piece of equipment on to the splash pad had been vandalized. Street Department superintendent Nathan See relayed the information to the Police Department along with video surveillance, according to the report.

As a result of the investigation, police identified Tanner Cole Graham Mann, 23, of Pea Ridge, as the person who entered the splash pad area and used an edged item against a sensor located on the pad and then used the edged item to pry and manipulate the sensor, which was later left inoperable, police said.

The repair and replacement of the sensor will cost $1,075.87, according to the report.

An arrest warrant was issued for Mann for the criminal charge of second degree criminal mischief.

That warrant was served on Sept. 2. Mann was issued a court date of Tuesday in the Pea Ridge District Court.