OPINION | REVIEW: 'We Need to Do Something' 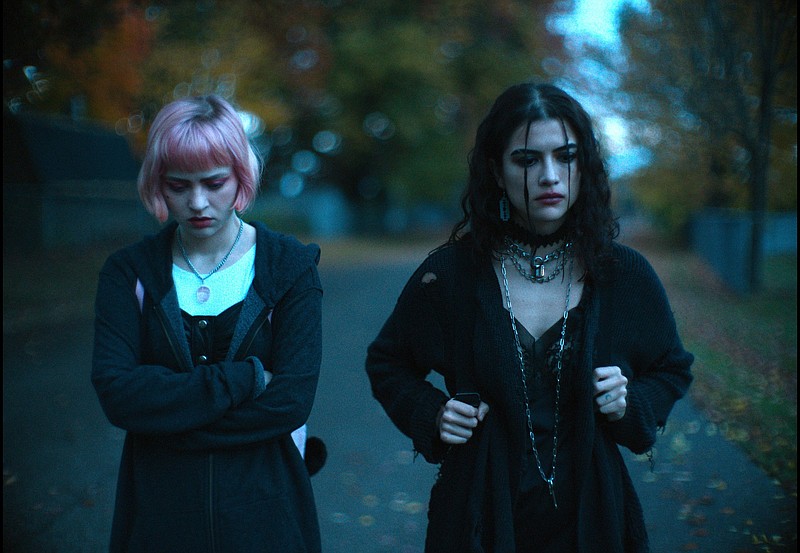 Melissa (Sierra McCormick) and girlfriend Amy (Lisette Alexis) decide the best way to exact revenge on those who’ve caused them pain is via the casting of some sort of magic spell in the streaming horror film “We Need to Do Something.”

In the midst of what sounds like a raging gale outside, a family holes up in their large, tiled bathroom to wait the storm out, not yet realizing just how excruciatingly bad it's going to get.

Soon, it becomes clear that more is happening than the possible F5 tornado for which adolescent son Bobby (John James Cronin) keeps hoping. The door to the bathroom becomes blocked by a fallen tree (!), trapping them inside that space, with all sorts of unknown horrors happening outside of their purview.

Thus begins Sean King O'Grady's tiresome family-in-a-bottle horror flick "We Need to Do Something," which answers the question of what happens when you lock a dull mother, Diane (Vinessa Shaw), prattling son, eviscerating teen daughter, Mel (Sierra McCormick), and spewing alcoholic rage-monster dad, Robert (Pat Healy), in a room to sort out their feelings for one another.

It turns out, the reason for the hellaciousness around them is Mel's unholy pact with her goth girlfriend, Amy (Lisette Alexis), whose attempt at a spell designed to quiet an annoying boy goes, apparently, horribly, horribly awry. At least, that's what Mel believes, with O'Grady shifting to even more stilted flashbacks between her and Amy ("I used to be a cutter, because I used to be dead"), to fill in the yawning gaps of the story.

Despite all of that incoherency, Robert remains the most problematic aspect of the film, in the framework of the narrative -- he constantly unloads on his wife, whom he suspects is cheating on him (imagine!), and carps at the kids with profanely inane diatribes, all while slamming glugs of mint Listerine and sucking on wet-wipes for his alcohol cravings -- and, outside of it, as a wobbly device to propel the feeble narrative forward.

He cartoonishly lurches from sardonic laughter, to raving, violent lunacy at more-or-less random intervals, and seems to belong to a different sort of movie altogether (albeit one equally as bad). Even Healy, normally, as game as any actor in low-budget horror fare such as this, can't do anything with this character but lean in on his irredeemability. It's unclear how such a creature could ever have been married in the first place, which leads us to resent the choices the hapless, cheating Diane has made to put everybody else here.

Festooned with dreadful ludicrises -- more than once, a rattlesnake happens to wriggle into the family's bathroom -- artless production (O'Grady's attempt to turn the meager budget limitations into a positive by never showing us what's happening outside their bathroom door moves from claustrophobic to irritating with shocking speed), and hampered by a truly dreadful screenplay from Max Booth III -- "Some secrets aren't meant to be revealed," Robert actually tells his family -- one begins to feel as unhappily imprisoned as the family themselves in being forced to screen it.

Available to rent or buy on Apple TV, Google Play and other streaming platforms. 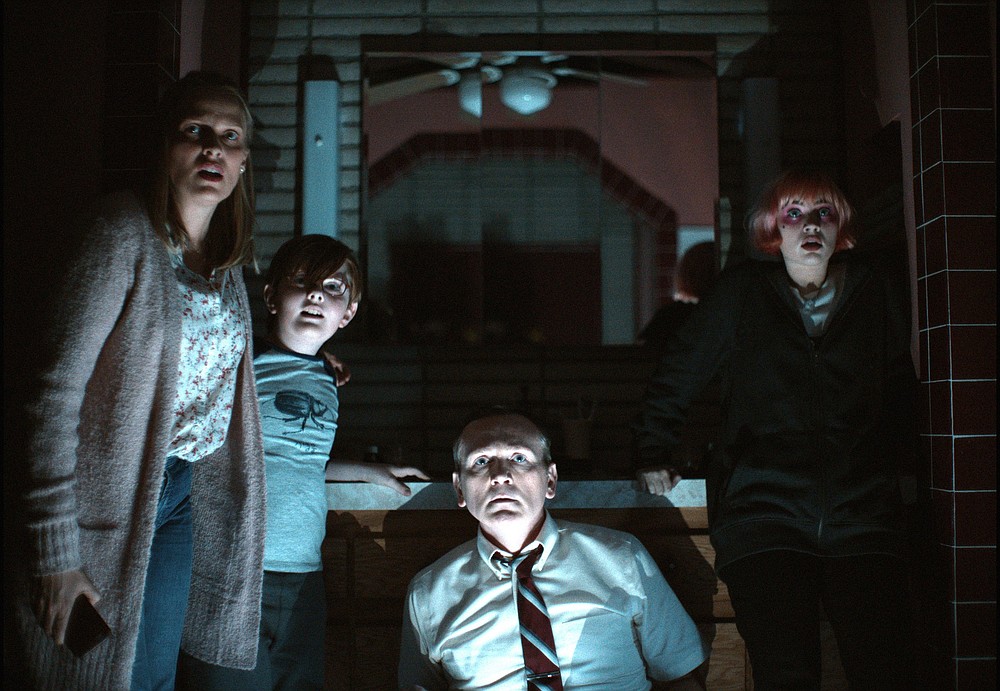 A dysfunctional family — (from left) mother Diane (Vinessa Shaw), brother Bobby (John James Cronin), dad Robert (Pat Healy) and goth-styled daughter Melissa (Sierra McCormick) — ride out a storm in a single room in the claustrophobic thriller “We Need to Do Something.”

Print Headline: 'We Need to Do Something'