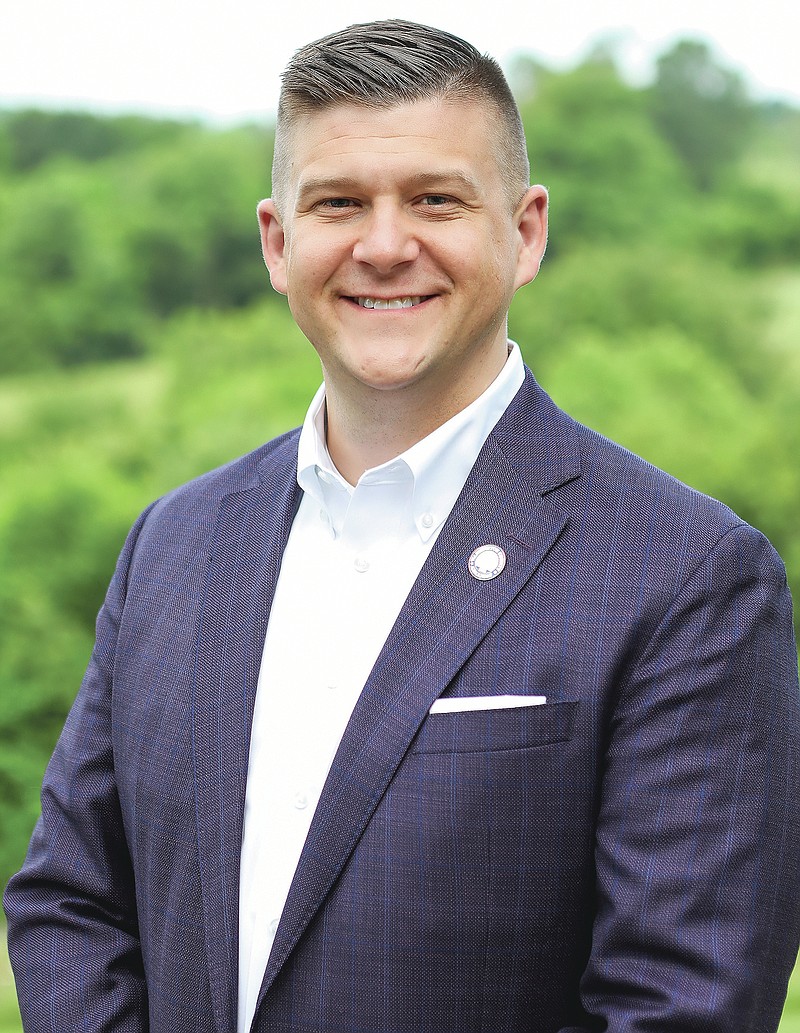 SPRINGDALE -- Patrick Deakins, a justice of the peace for the past three years, announced Thursday he is running for Washington County judge in 2022.

Deakins, a Republican, is running to replace County Judge Joseph Wood. Wood announced in May he's a candidate for lieutenant governor. No one else has announced a run for county judge.

The county judge's salary in 2021 is $123,615. A proposal to raise all county elected officials' pay to the maximum allowed by state law is pending as part of the 2022 budget. Under state law, county judges and sheriffs in class 7 counties -- Benton, Pulaski and Washington counties -- have a maximum salary of $137,349.

Deakins, 34, has represented Springdale's District 5 on the Quorum Court since being elected in 2018. He has served as chairman of the Finance & Budget Committee and vice chairman of the Jails, Courts and Law Enforcement Committee.

"We're going to continue to see tremendous growth in our area, and we need to plan around that," he said.

Deakins said the No. 1 topic he hears about from people in the county is a traditional focus of county government: roads.

"We've got to continue to do more and to innovate in that area," he said. "We've got to do more maintenance and be better about it. We have to be able to hire skilled people and that's probably going to require some real investment. We also have a lot of gravel roads we need to convert to paved roads."

Deakins said he wants to have a plan for county roads continually updated in response to the changing needs of a growing population. He said he will have a plan available to the public so residents can see what's proposed and have input into what is done.

Deakins said a proposed expansion of the county's jail is needed. He said the study done for the county of the criminal justice system also has a number of ways to potentially improve the efficiency of the courts and reduce the growth in the jail's population, which will also be considered.

"There is no one solution," Deakins said. "It's going to take a lot of different solutions. A jail expansion is one piece of that solution. We need to let the Criminal Justice Coordinating Committee do their work and bring us some concrete solutions or proposals they might have."

Deakins also wants to improve the county's relationship with the rural fire departments, a partnership he called "weak at best."

"That's the No. 1 service, outside of roads, that people in the county need," he said.

Deakins is a graduate of Oklahoma State University with a master's degree in accounting. He is a CPA and chief executive officer of Peritum, where he practices tax planning and preparation. His wife, Alisha, is a food scientist at Tyson Foods. They have two sons. They have lived in Springdale for 11 years.