OPINION | REVIEW: ‘The Card Counter’ shows we all yearn for human connection 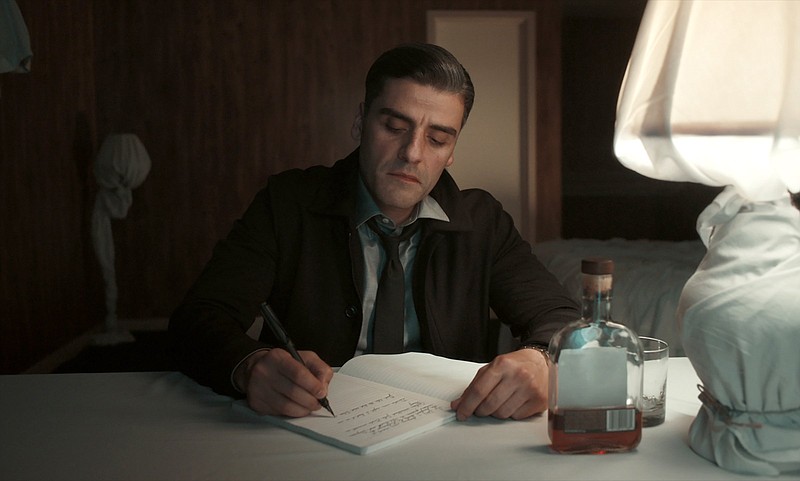 The depressive William Tell (Oscar Isaac) is a veteran and ex-con turned low-rent professional gambler on a never-ending tour of small casinos in Paul Schrader’s “The Card Counter.”

Filmmaker Paul Schrader is one of the architects of the brooding antihero character archetype. Back in 1976, he sketched the blueprint, Travis Bickle, in Martin Scorsese's "Taxi Driver," and in 2017, his film "First Reformed" raged with a despairing sorrow that seemed to have only hardened over the years. His latest, "The Card Counter," is that despair crystallized into a diamond-tipped drill, a tool for burrowing into the darkest parts of the American psyche.

There's a seething stillness to "The Card Counter," and to star Oscar Isaac's character, William Tell. He's perfectly coiffed, not a hair out of place; his existence is spare, controlled and sparse, and this essence of the character is reflected in the film's restrained visual style. William learned to count cards in prison, and now he leads an anonymous, ritualistic life, moving from one casino to the next, one motel to the next, plying his trade to "pass the time." William isn't into gambling for the big money or the celebrity. Keeping track of every card in the deck is a meditative practice that wipes away any memory of anything that came before this moment on the felt.

Two people jog William from this endless loop. One is La Linda (Tiffany Haddish), a beautiful, glamorous player who invites him to "pass some time with me," asking him to join her stable of poker players, where she'll stake him, using other people's money to play at the World Series of Poker level. The other is a young man, Cirk with a C (Tye Sheridan) who spots him at a security convention at one of the casino hotels. William knew Cirk's father, back in the day, and now Cirk wants William to help him get revenge, on a private security contractor and entrepreneur, Robert Gordo (Willem Dafoe).

Cirk rattles William's psyche, shaking the nightmares out. The nightmares are the opposite of his world, shot with an extreme fisheye lens, a carnival mirror view into the loud, smelly, bloody bowels of Abu Ghraib prison, where heavy metal pounds and shrieks echo; dirtied men cowering from fists, boots and "enhanced interrogation techniques." This is what William is keeping at bay with his card counting and muted existence. Though the kid is hellbent on revenge, William is hellbent on trying to do something right for once, so he takes the kid on the road, saying he wants to win some money to pay his debts.

The script is crafted with a noir-style voice-over, the dialogue laden with meaning, repeating and looping in on itself. The film implores you to listen in, but it also wants you to take a good look at William, via extreme close-ups, his thousand-yard stare honed by years at the card table but also by the things that he has seen, and is dying to forget. The thinnest layer of artifice begs the viewer to dig underneath the constructed surface of the film to find the deeper meaning.

"The Card Counter," as controlled as it is, is as pulsatingly angry about the state of the world as "First Reformed." It is a muffled primal scream about war, torture, trauma, grappling with who to blame and how to cope. However, the film ultimately proves that Schrader is a hopeless romantic at heart. Among all the doom and gloom, Giancarlo Vulcano's electronic score thrums with a steady heartbeat, and Robert Levon Been croons doleful ballads of love and loss. It's a reminder that all we can do is find love where we can, to cling to those shreds of human connection, as real or imagined as tenuous as they may be. 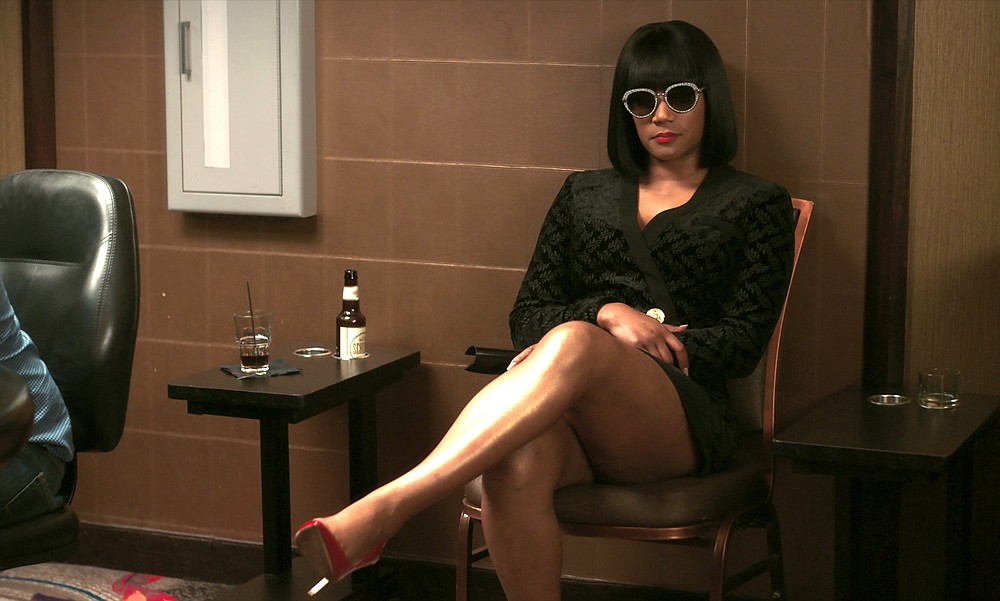 La Linda (Tiffany Haddish) is a poker ace who finds financial backers for poor but promising players on the pro circuit in Paul Schrader’s revenge thriller “The Card Counter.”