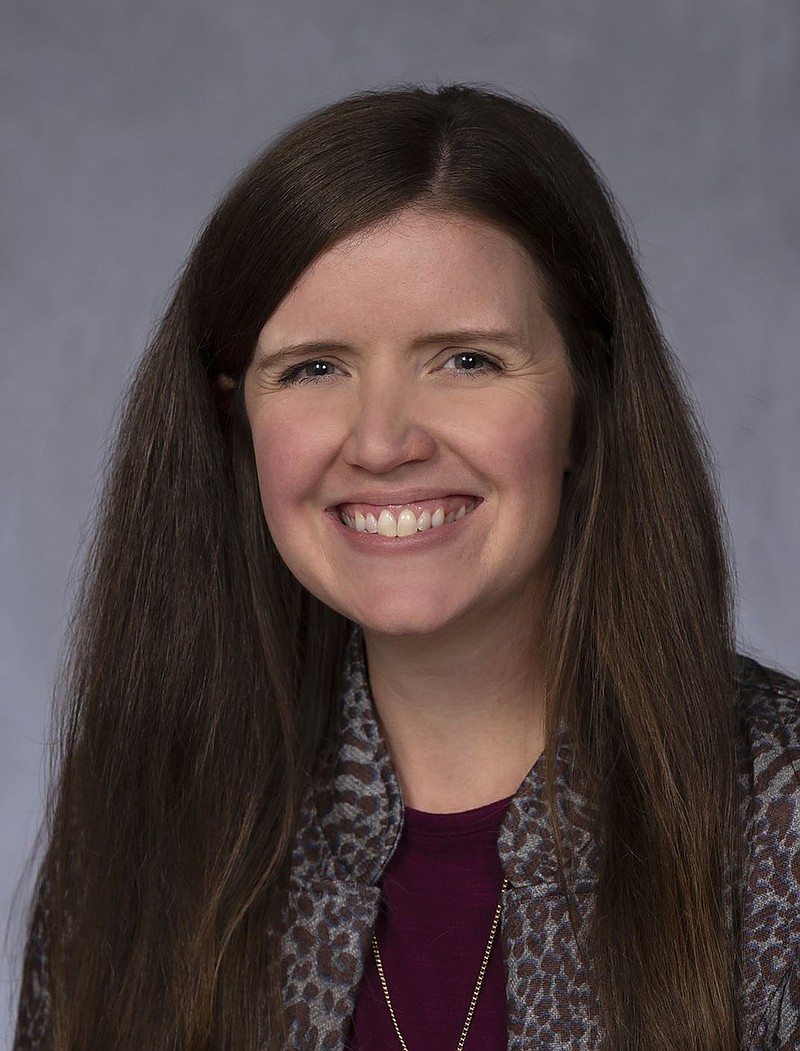 LOWELL -- The crowded race for lieutenant governor got its first Democrat and its first woman candidate Thursday.

Kelly Krout, 38, of Lowell announced her bid in Ward Nail Park in Lowell, the same park where her seven children have often played. Six of those children are still school age.

"I think Arkansas could use a mom who can get six kids out the door with lunches packed" every school day, Krout said.

Krout is a graduate student at the University of Arkansas who studies social work. This is her second bid for elective office. She ran for the state House seat for District 90 as a Democrat in the 2020 election. Rep. Kendon Underwood, R-Cave Springs, won with almost 63% of the vote.

Rep. Denise Garner, D-Fayetteville, introduced Kelly at the 9:30 a.m. campaign event, saying state government needs more women in office and more people who are "living life every day," as opposed to having legal or political expertise.

The lieutenant governor takes over if the governor is incapacitated or can no longer serve. Such a situation has happened. Republican Lt. Gov. Mike Huckabee became governor in 1996 when Gov. Jim Guy Tucker, a Democrat, resigned.

As a foster parent for nine years, Krout said she knows the difficulties of dealing with the government. The experience honed her ability to find the root causes of problems and their solutions, Krout said.

That experience and the strong sense of advocacy for constituents it created would qualify her if she became governor, Krout said.

She acknowledged that the state is heavily Republican. All statewide offices are currently held by Republicans, and both legislative chambers have Republican majorities.

"I'm not afraid of a challenge," she said. "Everybody loves an underdog."

The lieutenant governor's chief duty unless called to act as governor is to preside over the state Senate -- a largely Republican body.

"I'm used to dealing with a boy's club," she said. All of Krout's children are boys.

The lieutenant governor also has the power to cast a tie-breaking vote in any action by the 35-member Senate.

The lieutenant governor's position is considered part time. The salary is $45,344 this year.

Krout hopes to be an advocate for the foster care community and on other family-related issues, she said. The government places too many unnecessary hurdles in the way of parents and especially foster parents and foster children, she said.

"Have you been to the DMV?" she asked rhetorically, referring to the Department of Motor Vehicle, which issues driver's licenses and car registrations.