Land, gates to have attention of Northwest Arkansas National directors 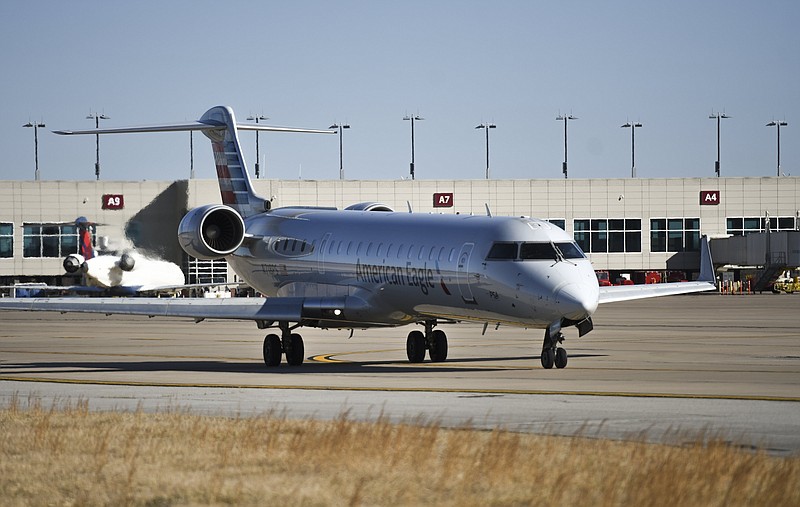 HIGHFILL -- Committees and the board of directors at the Northwest Arkansas National Airport will take up improvements to gates and talk about buying property during meetings this month, the Executive Committee decided Tuesday morning.

Nearby landowners have approached airport officials about buying two parcels, according to Aaron Burkes, CEO.

A 100-acre portion could be of interest to the airport because it's on the airport's current land use plan and airport layout plan, Burkes said. Cost has yet to be determined.

"Chances are, if we don't buy it, somebody else will buy it, and we run the risk of that property being developed or subdivided in such a way that really increases the cost to us at some future time if we do acquire it," Burkes said.

The land purchase likely will be part of a larger, ongoing discussion of land use and planning at the airport, Burkes said.

Consultants for the airport, Meade & Hunt, are working on a study of land uses and how much land the airport will need for development, but that plan isn't expected to be ready until late this year.

Some of that will depend on runway plans, whether a second runway will be needed and whether a new north-south connector road is built west of the airport.

Mike Johnson, who represents Fayetteville on the board, said it appears the route the Arkansas Department of Transportation favors could came fairly close to the airport.

"That land west of the airport becomes really critical, and if we're not at the head of the line, I could see some real issues trying to acquire that land between the potential right of way of the western corridor and the western boundary of the airport," Johnson said.

Burkes said he doesn't expect to know an actual alignment for some time, and it may be far enough west to not affect the airport's land acquisition strategy.

Board members said they also want to talk about reconfiguring some gates to make them more usable in the short term. Some gates cannot accommodate the airplanes being used, Burkes said.

"All of this is a strategy, basically, to get more gates," Burkes said. "We're gate constrained right now, and we want to figure out a way to optimize the gates that we have, the potential we have in our current facility, and without spending the $130 million for that western concourse," Burkes said.

Burkes said the B and C gates at the airport are being used more by carriers who cater to the increased number of leisure travelers.