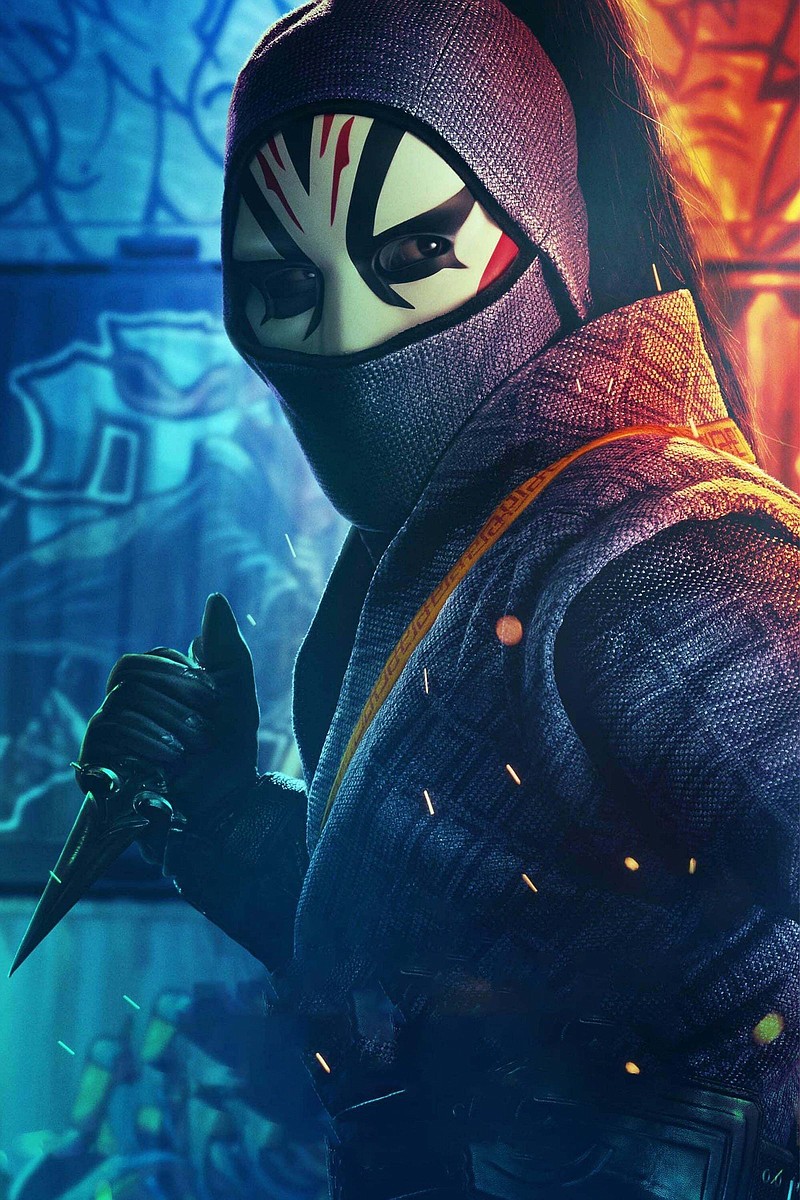 Master of Kung Fu Shang-Chi (Simu Liu), also known as Brother Hand, must confront the past he thought he left behind when he is drawn into the web a mysterious criminal organization in “Shang-Chi and the Legend of the Ten Rings.”

The unfortunate Disney executive who recently got into trouble for referring to the latest film in the MCU as an "experiment" fully deserved the backlash, but had he instead used the word "departure" or "expansion" he might have been much better served. Destin Daniel Cretton's "Shang-Chi and the Legend of the Ten Rings" -- the first Asian-theme and led adventure in the Marvel canon -- is many things at once, including a superhero origin story, a kung-fu cavalcade, and a kind of traditional wuxia, in which Chinese hero mythology is fused with magical creatures and realms, all while opening all sorts of new narrative doors for the studio.

It certainly begins on concrete ground, specifically, the mean streets of San Francisco, where Shang-Chi (Simu Liu), going by "Shaun" is scraping by as a valet driver along with his best friend, Katy (Awkwafina), goofing off and slacking around. But one night on a city bus, the pair get accosted by a group of martial-arts thugs, led by Razor Fist (Florian Munteanu), a huge bearded dude with, in fact, a glowing sword where his right hand should be. Fighting them to a standstill before getting to safety, to the absolute amazement of Katy, who has never seen him so much as take a swing at anyone, Shang-Chi quickly ascertains they were dispatched by his powerful father, Xu Wenwu (Tony Leung).

Turns out, they were sent to steal a special green pendant of his, given to him by his late mother, Li (Fala Chen). Having successfully snatched it from him in the battle, Shang-Chi assumes they will next go after his estranged sister, Xialing (Meng'er Zhang), currently living in Macau, and along with Katy, heads on the next flight out to warn her.

He finds his sister quickly enough, grown up and heading an illegal fight club gambling outfit, but can't prevent his father, powered as he is by a mystical set of rings, from apprehending the three of them. They then get whisked away to his remote compound, where he trains deadly forces for covert assassination missions, while plotting a way to return to Ta Lo, the mystical village set off in a magic bamboo forest, where he's convinced his long-deceased wife, Ying Nan (Michelle Yeoh), is being held against her will.

It turns out Wenwu is centuries old, having acquired the rings early in his forays to power, and has allowed them to open a mental portal from the dark dimension, whose dragon-scaled door is heavily guarded by Li's village, sworn to protect the world from the malevolent creature locked behind it. In a furious bid to free what the dark forces have tricked him into believing is his dead wife, Wenwu is hell-bent on invading the village and destroying the restraining portal to free her. It is up to Shang-Chi, his sister, and Katy (along with a call-back MCU character from several phases ago), to get to the village first and help his mother's people protect it from Wenwu's army.

While laudable in many respects, there remains a sense of the film having more than a few agendas to fulfill, which gives it, much like Captain Marvel, less of its own space, at times, in service to setting up everything it needs to accomplish. The best action sequences are clearly in the film's breathless first act, where Cretton increases the physical martial-arts mayhem to inspired levels. First, in the articulated bus in which Shang-Chi artfully slips in and around the seats and handrails in an intricately performed choreography, and later, in Macao, along the many levels of a high-rise scaffolding. From there, however, the film's final third takes a sharp turn to the mystical and metaphysical, with the subsequent battles upon arriving in the magic village becoming disappointingly more and more CGI creature-focused.

Still, Cretton has fashioned a credible mash-up of Chinese mythology and superhero orthodoxy, producing something -- similar to Ryan Coogler's "Black Panther" -- that feels of a piece with the basic MCU tenets and singular in its cultural detail. Like Coogler's film, part of its differentiation is quite literal -- other than a few, oblique references to the "blip," and a brief encounter with Wong (Benedict Wong), along with another old MCU former villain, there is no particular connection with other Marvel properties until the first post-credits sequence -- but there also feels an expansiveness and inclusion of other myths at play besides those of white America, which offers a freshness the MCU desperately needs in order to cultivate continued relevancy.

Liu -- another casting coup for super-caster Sarah Finn -- is amiable, fierce and engaging, and works wonderful chemistry with the ever-entertaining Awkwafina -- another relative anomaly, the pair are lovingly inseparable without actually being romantic -- giving their scenes together an appreciable, and necessary, bounce.

Impressively, Marvel has proved -- once again -- its universe is big enough to embrace a much wider diversity of characters and wonders. In the last few years, we've had two female-led tentpoles: a film helmed by a Black filmmaker, utilizing a largely black cast and crew; and now an Asian-based film, with a largely Asian cast, and made by an Asian filmmaker. With the forthcoming Eternals, the next installment in the MCU's busy Phase 4 schedule in 2021 featuring a wildly diverse cast and made by Oscar winning Chloe Zhao, it would seem as if Kevin Fiege and the upper divisions of Marvel management have well understood their mandate for continued relevance in the 2020s. Given that, they might want to get their fellow Disney executives on the same page as soon as possible.

‘Shang-Chi and the Legend of the Ten Rings’

Rating: PG-13, for sequences of violence and action, and language

Bus rider: It reportedly took a month to film the public transportation fight scene in which Shang-Chi (Simu Liu) finally reveals his madkung fu skills. The almost-certain-to-become-iconic scene has been teased online and in trailers for months.