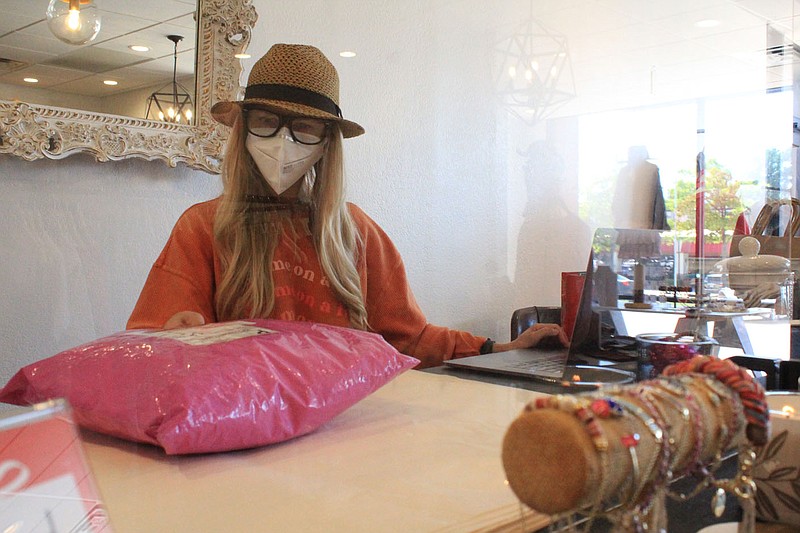 FORT SMITH -- City sales taxes continue to exceed totals from 2020 -- a year that itself exceeded expectations.

The city through July has netted monthly sales tax totals greater than those the year before. Sales taxes in 2020 outpaced 2019 monthly collections in all but three months, according to sales tax reports.

The 2021 monthly totals have resulted in a combined $42.1 million for the city thus far, up from $36.3 million collected through the same point last year, records show.

The city benefits from a 1% streets and drainage tax, a 1.25% county sales tax appropriated throughout Sebastian County, a 0.75% tax for 2012 and 2014 bonds and a 0.25% tax for the parks and fire departments. The city's "general fund" departments -- police, fire and parks -- largely depend upon these departments for revenue, said Deputy City Administrator Jeff Dingman.

Lavon Morton, Ward 3 city director, said expectations for sales taxes in 2020 were low because officials anticipated covid-19 would negatively impact the economy. He said this was remedied by online sales; the state in July 2019 began collecting online and remote sales taxes, ahead of the pandemic.

Melissa Defries, owner of South 28th Boutique, said online sales were "the silver lining" of the pandemic. She's starting to see them pick back up again because she's lost foot traffic during the surge of the delta variant of covid-19.

Defries said her in-store sales are "starting to stabilize a little bit" from an influx of customers when the virus was down in late spring and early summer.

"We've required masks in the store from day one, so maybe we're seeing it where some other retailers are not," she said.

Jimmie Deer, city building services director, said construction in the city contributes to sales taxes as well. He said 2021 has seen expansions of manufacturers such as Owens Corning and Mars Petcare as well as the construction of medical infrastructure in the city.

"A lot of contractors are going to be from out of state, but they're going to buy their supplies here. Any time you buy supplies, whether it's lumber, electric, mechanical, bolts and screws -- whatever you're doing, it's going to add to the economy from a larger standpoint," Deer said.

The excess of revenue in turn "helps the psyche" of department managers, Dingman said.

"It gives them a little more breathing room, thinking, 'OK, some of these projects may actually happen,'" he said.

Morton said he hopes sales tax revenue will be used to pay for street improvements. He said he expects sales taxes to stay up throughout the year barring any event that negatively impacts the economy.

The city’s quarter-cent sales tax for police and fire is up for renewal in 2022 ahead of its sunset in September that year.