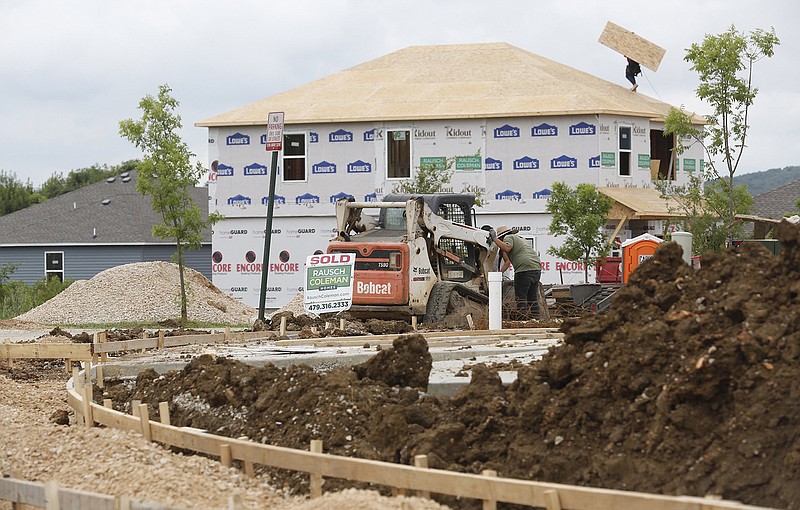 Things are looking good for the Northwest Arkansas economy, with population, wage and business growth 18 months into the covid-19 pandemic, though no quick fix is evident for the region's housing problem.

The Center for Business and Economic Research at the University of Arkansas, Fayetteville, reported Wednesday on the region's economic performance, from employment and housing prices to the cost of airline tickets. The director of the center, Mervin Jebaraj, led a discussion about the report and highlighted how businesses are doing. He also addressed ongoing labor and home price concerns.

The Northwest Arkansas State of the Region Report was first published in 2011. Local economists like to compare the region to the economies of Austin, Texas, and Madison, Wis.

The unemployment rate in 2020 was 4.5% because of the pandemic, lower than both the state and national rates. It was 1.9% higher than in the previous year.

Nonfarm employment fell 1.1% to 261,700. In other words, only 1 in 22 adults in Northwest Arkansas' labor force were unemployed last year.

Airfare costs dropped 22.9% to an average of $374 as the regional airport secured more flights with lower rates. Jebaraj said air travel has picked up, although it has not yet returned to the levels seen before the pandemic.

Businesses remain concerned about another viral surge in the near future. When asked how long it will take to return to normal operations, Jebaraj said about 40% of businesses expect it will take more than 6 months because of global labor and supply chain issues.

Restaurants, hotels, entertainment and recreation sectors were hit hard last year, but are on track to recover with Razorback sports faring well, he said. Meanwhile, more people are going back to work at the office.

Jebaraj said unemployment levels have returned to pre-pandemic levels, but labor shortages remain an issue. Critics have pointed to enhanced unemployment benefits as a culprit. However, economists at Yale have found little evidence to suggest recipients of more benefits were less likely to return to work.

Arkansas suspended enhanced benefits this summer, yet labor issues remain in the state. Jebaraj pointed to a few reasons for this, including an increase in people retiring and fewer mothers with children re-entering the workforce. He also noted how more employers are posting pay ranges in their ads to attract talent, which has factored into the recent wage gain.

Jebaraj said the region still has a ways to go before the labor issue is resolved.

Housing prices are another story. More than 100,000 people have moved to the area in the past 10 years, which has outpaced real estate development and led to a hot housing market. Jebaraj said there are a few reasons why development has slowed in recent years, including a lack of available land for home construction.

"Fewer lots cost a lot more money," he said. As a result, people are buying more homes that are larger than their average household size. Families are also adopting a "drive 'til you can afford it" approach to finding a house, Jebaraj said, but some are not weighing the pros and cons of living farther away from central amenities. Factoring in transportation costs and greenhouse gas emissions, he said it is more cost-effective to live within the city limits of Fayetteville or Bentonville than in rural areas such as Farmington and Centerton.

Nelson Peacock, president and chief executive of the Northwest Arkansas Council, said he has seen many families struggle because of high rent or mortgage payments in the region.

To help alleviate the problem, the NWA Workforce Housing Center, an organization backed by the Walton Family Foundation, is projected to help add more than 80,000 homes to the region's four major cities by 2040. These efforts are meant to keep working families, including first responders and teachers, close to employers and amenities.

"If high housing prices displace our workers, we lose that small-town feel we have," Peacock said.