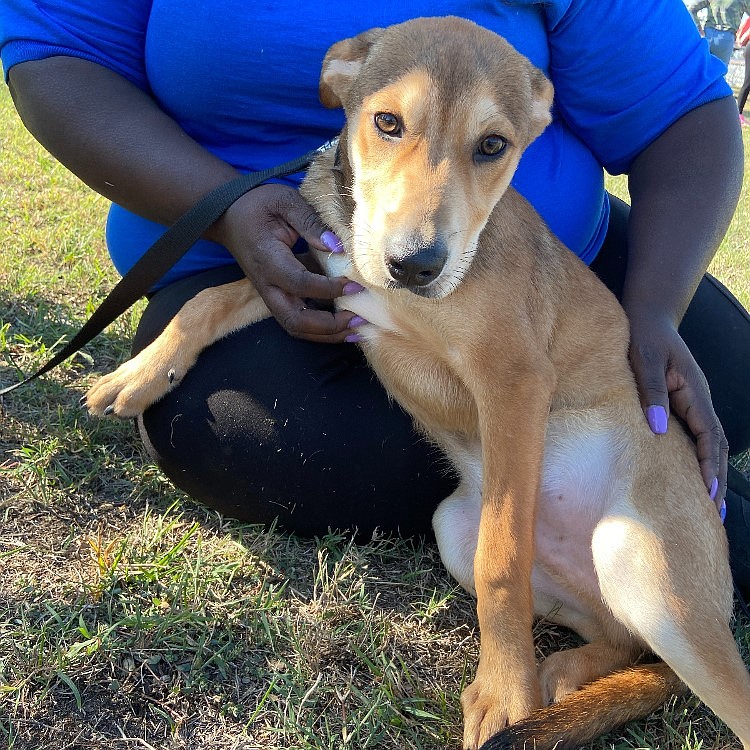 Dickory Dock is looking for love and is available for adoption at the Pine Bluff Animal Shelter. Event organizer Portia Jones is holding him. (Special to The Commercial/Deborah Horn)

Saturday's Bark in the Park's four-legged celebration was designed to bring dogs back to the Irene Holcomb Bark Park.

It's a dual dog park with separate areas for large and small dogs, a sally port entryway, shade and plenty of space for canines to romp and play off leash.

Portia Jones, Pine Bluff Parks and Recreation's special project coordinator, said their goal is to again raise awareness of the park at 1610 W. Third St., which opened in late 2018 and was named for Holcomb, who served as a City Council member for more than two decades.

"It was shut down for COVID, but it's open again. We want to bring attention to the park."

The 90-minute event started at 9 a.m. and within 30 minutes, there were more than 50 people and dogs inside the park.

"I was happy with the turnout," he said.

It was a first visit for a few attendees like Daniela Leal of White Hall and her 6-month-old blue nose pit bull, Don.

Don seemed happy, tail wagging with a big, wide smile across his face, and eager to interact with the other dogs.

"I didn't know about it but saw an ad and thought I would see what it was about. I really like it," Leal said.

Both Lindsey and Allen are from the local neighborhood and Lindsey said she and her dog are regulars.

"It's a nice place," Lindsey said as Lola May and a second canine did a little hello doggie dance.

"He wants to be loved," and, McDonel added, "There are plenty of dogs that are up for adoption" at the Pine Bluff Animal Shelter.

She is the pet mom of a 3-year-old German shepherd mix named Ranger.

While Jones filled out the adoption paperwork, she said as is often the case with human-canine relationships, "He rescued me as well."

Kevin Harris, Urban Stormwater agent, was surrounded by kids who colored drawings with a purpose.

Liter and contaminated wastewater "washes into the drain. It's not good for the environment," Harris said.

He offered pamphlets on ways to prevent or minimize this type of pollution, and encouraged people to clean up after their pets.

There were giveaways by the retailer Petsense Saturday morning.

The store offers products like food and toys for canines and felines, along with grooming services.

Paw Spa & Mobile Grooming of Pine Bluff offered canine colorful nail painting, while Diamond State K9 Training of Pine Bluff talked about the importance of obedience and other specialized training such as duck hunting or calming an aggressive animal.

"We use structured communication and behavior modification," said Corey Lowery, the company's owner/operator. 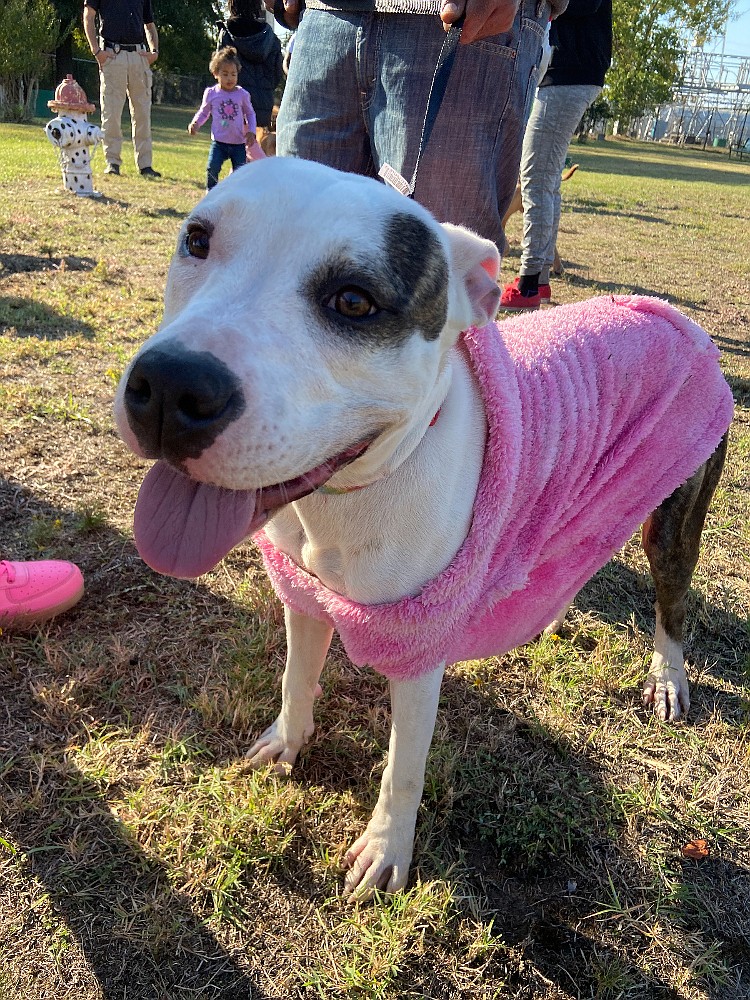