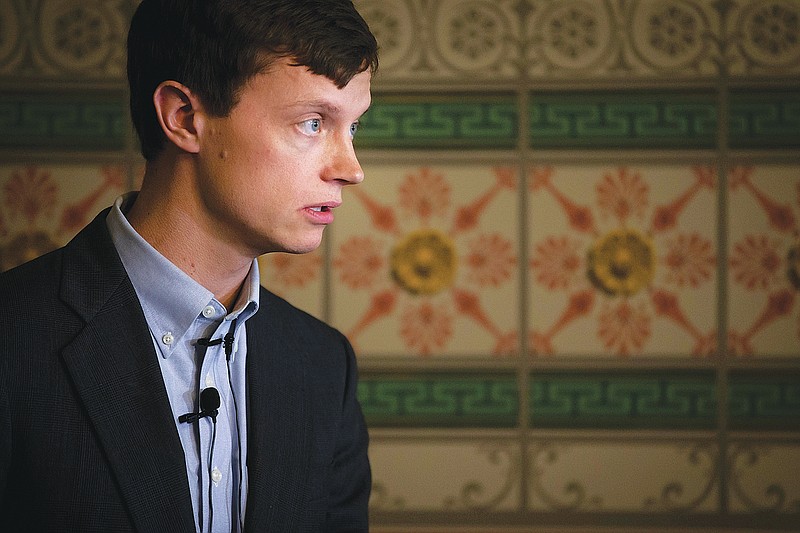 DES MOINES, Iowa -- Iowa's privatized Medicaid system has illegally denied services or care to program recipients, and both private insurance companies managing the system have violated terms of their contracts with the state, according to a state audit released Wednesday.

Auditor Rob Sand released a report from his investigation that examined a six-year period from 2013 through 2019. He said his investigators found a massive increase in illegal denials of care by managed care organizations, or MCOs, under privatized Medicaid.

"What this means is that privatized Medicaid is less likely to treat Iowans in accordance with the law. It means that the Medicaid MCO's that we have contracted with are not upholding their end of the bargain," Sand said.

The head of Iowa's Medicaid program responded within minutes of the audit's release, rejecting its conclusions and arguing Sand was making an "apples to oranges comparison" that mischaracterized the current program.

Former Republican Gov. Terry Branstad in 2016 abruptly shifted Iowa's Medicaid program from management by the Iowa Department of Human Services to private insurers. His successor, current GOP Gov. Kim Reynolds, has continued to support privatization amid complaints that service has suffered, payments to service providers have been delayed at times and promised savings never materialized.

Sand said after privatization, there was an 891% increase in the number of cases in which a judge restored services to a Medicaid participant, concluding services were unlawfully denied by the private insurers managing the program.

He promised after being elected in 2018 that he would do a compliance report on Medicaid after service providers and recipients complained about the new system failing to provide comparable care and payment.

"This has been a long-time coming. It has taken a lot of work. We've reviewed tens of thousands of documents and at the end of the day what this is, is a statement of facts," Sand said. "It's telling Iowans what's going on in the state. We're doing our job. It's about the people."

Sand also reported that the two companies managing the Medicaid program, Amerigroup and Centene Corp., operating as Iowa Total Care, violated provisions of the contract established with the DHS.

"This has resulted in members going without services, such as bathing and wound care, thus violating the contract and state and federal law, while the company still receives payment for their care," Sand said in the report.

In her statement responding to the report, Medicaid Director Elizabeth Matney called the audit "an incorrect and flawed report."

Matney said the report inaccurately compares the previous "fee-for-service" system with a managed care approach in which appeals can be resolved without going before an administrative law judge. Such judges then can focus on more complex cases.

"We worked with the Auditor of State's team to explain why this was an apples to oranges comparison," Matney said. "The process is not the same, so making a comparison without factoring in the improvements we built into the MCO appeals process prior to ever seeing an administrative law judge is just wrong."

She said much more information would be needed to substantiate the claims in the auditor report.

She said the department is reviewing the allegations of contract violations and offered to meet with Sand to discuss in further detail agreeing that "contract compliance is something that requires diligent oversight."