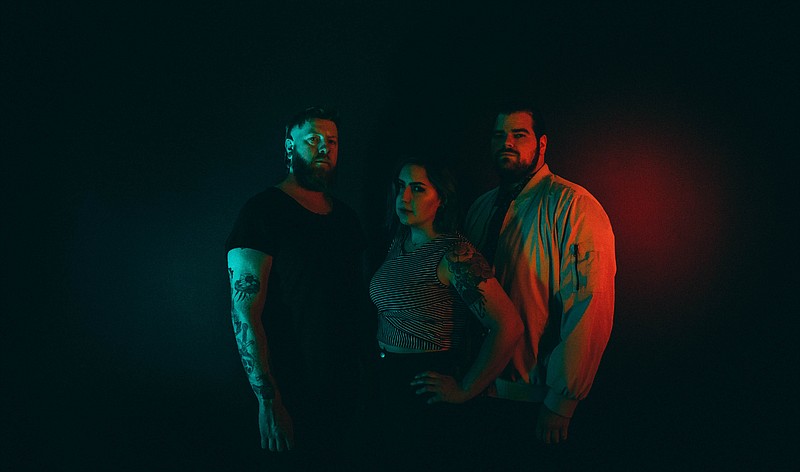 Frontwoman and vocalist Lauren Kinder admits the collection is her most vulnerable work yet, with narratives that mine inner struggles of worth, identity, negative emotional attachment and questioning one's own motivations.

"I've written vulnerably before, but I really took time to think through how to best express myself with these songs," Kinder said in the album's press release. "I've had to work through some uncomfortable and unattractive heart issues recently. Anger, bitterness, self-image, lack of confidence, self-pity and unforgiveness to name a few. I wanted these songs to acknowledge where I was mentally and emotionally as I wrote them, yet still be singable as I find growth and healing, so I chose my words carefully and intentionally."

"Smoke and Mirrors" also reveals a new level of sonic intensity, thanks in part to producer/co-writer Tyler Simpson. It's an album that online music magazine Beyond The Grave observes as having obvious comparisons to Amy Lee from Evanescence and Lacey Sturm from Flyleaf. As with fellow Arkansas-native Evanescence's seminal catalogue, the emotion in Theody's work is universal enough for rock fans to revel in its surface, and yet specific enough for listeners to connect with the religious heart of the music.

Here, the band members from Theody answer a few questions for What's Up! ahead of their Fayetteville return:

Q. How do you feel you've evolved as both a band and as an individual artist and writer between "Define The Relationship" and "Smoke and Mirrors?"

A. Over the five years between "Define the Relationship" and "Smoke and Mirrors," we have grown, but it's really just been a lot of "figuring it out as we go!" Every piece we have released over the years has felt a little bit more authentic each time, and hopefully our listeners can feel that too.

Q. How did music become a passion for you? And when?

A. All of us had music lessons growing up. Lauren started writing songs at 14. It started as a creative and emotional outlet, but quickly developed to more of a passion as we experienced other people connecting to our vulnerable art!

Q. What has music meant to you during all the isolation of the pandemic?

A. For us it was a strange time. We honestly kinda checked out creatively when it came to music. Other people's music was therapeutic for us, though, and inspired us to finally get back to writing and creating our own.

Q. What can you share about some of the themes on "Smoke and Mirrors?" When using your writing and your music to process personal struggles, how do you navigate sharing those vulnerabilities with the world and which pieces you keep just for yourself?

A. Lyrically it's an immense challenge! Lauren wrote the lyrics, and took care to write in a way that could honor emotions and lessons, but imagined performing them authentically years later. That took lots of rewrites! Maybe not surprisingly, working out these songs was very healing. As the lyrics evolved, so did a lot of emotions.

Q. When you perform, what do you hope audiences experience?

A. We hope that people feel seen and understood. That they aren't alone. When we perform, we want to connect to people where they are. We want to provide an escape, a different perspective, offer hope, and hopefully a good time!

With Witchsister and Mother Ship