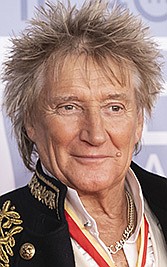 • An expected plea deal between British rock icon Rod Stewart and Florida prosecutors fell through Friday, meaning he and his adult son are again scheduled to stand trial on charges they battered a security guard during a New Year's Eve bash nearly two years ago. Neither Rod Stewart, 76, nor his son, Sean, 41, were present when Judge August Bonavita announced that a hearing in which a deal was expected to be finalized had been canceled. The pair are now scheduled to stand trial on misdemeanor battery charges on Jan. 25. The Stewarts got into a tussle at The Breakers Hotel with security guard Jessie Dixon on Dec. 31, 2019, not long before midnight, police have said, when they were part of a group that was barred from entering a private event in a children's area at the posh hotel. When Dixon intervened, Sean Stewart got in his face, according to the police report. Dixon told officers he put the back of his right hand on the younger Stewart's chest and asked him to back up. Security video showed Sean Stewart then shoving Dixon and Rod Stewart punching him in the ribs. This is at least the second time a deal has fallen through in the case, which has also been delayed by the coronavirus pandemic. The Stewarts face a maximum penalty of a year in jail, although such a lengthy term would be unlikely. Prosecutors declined comment. Defense attorney Guy Fronstin did not immediately respond to calls and emails.

• China has detained international star pianist, Li Yundi, on suspicion of soliciting a prostitute in what state media are describing as a "warning" to celebrities that they too must avoid "breaching the bottom line or challenging the law." Police in Beijing said in a message on the force's microblog that a suspect had been placed in administrative detention and an investigation opened on Thursday involving a woman identified by her surname Chen and a man named as "Li Di," with the first part of his personal name deleted as is standard in police cases. The post was followed by another message depicting a piano keyboard and the words "one must definitely see clearly the difference between black and white." State media then reported that Li was the man who was arrested and quoted experts saying this could have a fatal impact on his career. The official China Musicians Association also said it was expelling Li from the organization based on the Beijing Chaoyang District police notice that he had been arrested. Li, 39, began playing piano as a small child and studied in China and Germany before becoming the youngest winner of the International Chopin Piano Competition in 2000 at age 18. He has since toured the world and recorded frequently, making him one of China's best-known international artists. 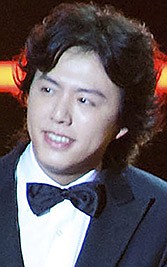