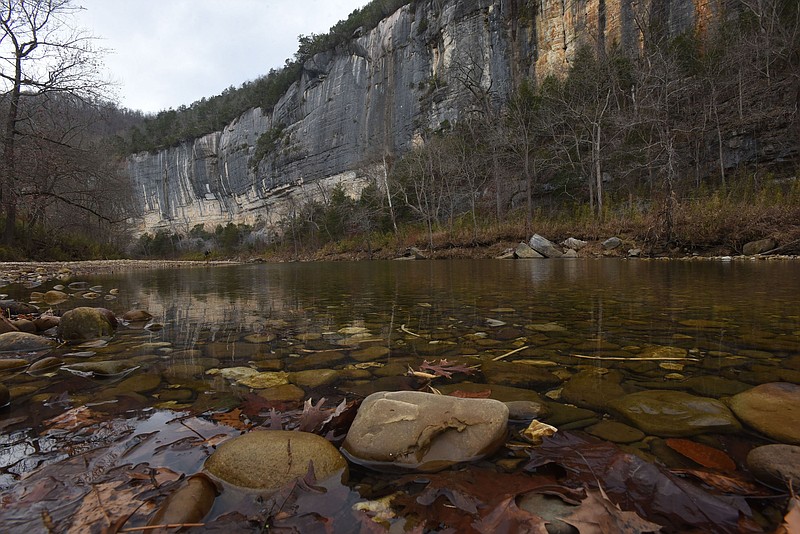 MARSHALL -- Two people wanted in connection with a killing have been captured, according to a Thursday afternoon post on the Facebook page of the Searcy County Office of Emergency Management.

Jason Lee Stockstill, 49, and Heather Dawn Scallion, 38, wanted in connection with an Oct. 14 shooting in Boone County, were taken into custody at 3:20 p.m. Thursday off Circle H Road in Searcy County, according to the Facebook page of the Boone County sheriff's office.

The two surrendered without incident, and no officers were injured, the post said. Both are in custody at the Boone County Detention Center in Harrison, according to the Boone County report.

The sheriff's office report said the two attempted to flag down a vehicle on Calf Creek Road.

Stockstill and Scallion were seen Wednesday fleeing law enforcement officers on foot from the Grinder's Ferry gravel bar in the Buffalo River, the report says.

The National River Visitor Center at Tyler Bend, the Tyler Bend campground and the Buffalo River from Tyler Bend to Gilbert were temporarily closed Wednesday during the search, the Boone County sheriff's office Facebook page reported.

The Tyler Bend campground and river access are now open, and the Tyler Bend Visitor Center will open at 9 a.m. today , according to the Facebook page of the Buffalo National River.