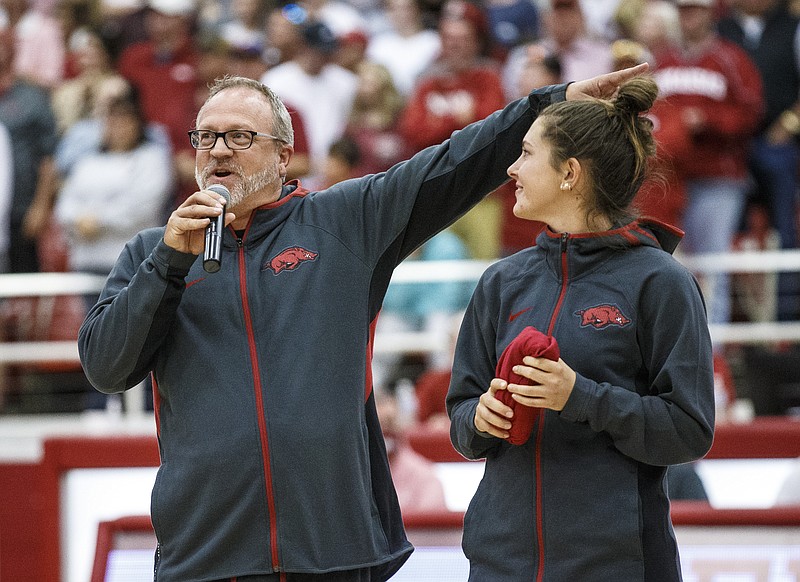 The Razorbacks were picked fifth a year ago and finished tied for fifth, but enjoyed all sorts of firsts, including huge wins over Baylor and Connecticut.

"They don't mean everything, but they do mean something," Neighbors said. "It's always fun. I love them. Some people dismiss them completely and other people hate them. I like them.

"I do think it's a credit to our incoming kids and the returners. I'm not sure I've seen a team lose what we lost and maintain relative position as to where we've been finishing."

Arkansas lost All-American Chelsea Dungee and All-SEC selection Destiny Slocum to graduation, but starters Amber Ramirez and Makayla Daniels are back. The Razorbacks have six newcomers on the roster, including five freshmen and transfer Sasha Goforth.

South Carolina, who was also ranked No. 1 in the Associated Press preseason poll that was also released on Tuesday, was picked to win the league. Kentucky (13), Tennessee (15) and Texas A&M (23) were other SEC teams ranked among the top 25.

Arkansas, which was ranked all of last season, was also among teams receiving votes.

Kentucky's Rhyne Howard was tabbed as the SEC preseson Player of the Year. She's joined by South Carolina teammates Aliyah Boston and Zia Cook, LSU's Khayla Pointer and Shakira Austin of Ole Miss on the preseason All-SEC team selected by the media.