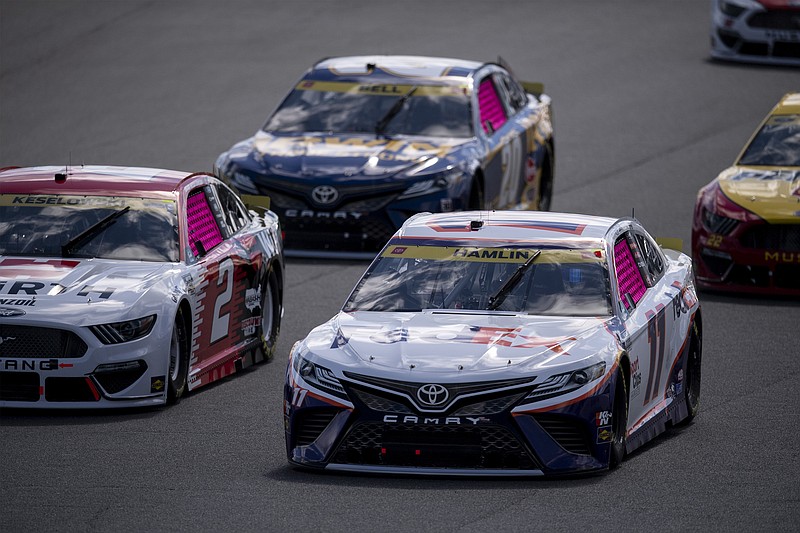 FORT WORTH -- Martin Truex Jr. remembers the hours of boredom last October watching television and the rain in Texas, then coming so close to another championship chance when that playoff race last fall finally ended three days after it began.

The forecast is much better this time, both weather-wise and for Truex's playoff push, though things are tight and there are some changes in Texas.

Instead of its traditional slot as the middle race in the round of eight, Texas kicks off the round today with Kansas and Martinsville to follow. The field will be cut from eight to finally four in the championship race at Phoenix next month.

"The round of eight is really as tough as it gets," said Truex, the 2017 Cup champ who finished second in both 2018 and 2019. "All three races are equally as important. So it really doesn't matter, you know, where they lie. Obviously the ultimate way to go about this is just go win the first one. But there's a lot of guys with that in mind as well."

Kyle Larson, who won the NASCAR All-Star race at Texas four months ago, is the points leader and the Hendrick Motorsports driver has a significant edge over Joe Gibbs Racing teammates Denny Hamlin and Truex. But only eight points separate second-place Hamlin and defending champion Chase Elliott in sixth place.

Ryan Blaney and Kyle Busch round out the top five. Joey Logano and Brad Keselowski, 16 points below the cutline, are the other drivers still in the playoffs.

"The race went really well. We were really strong and, you know, we were really one lap away from I think the 18 (Busch) running out of gas and us closing in for the win," Truex said. "So it was definitely close. ... Second is pretty good, but it's not what we're after. So try to win it this year, hopefully."

Busch is one point out of fourth place going to Texas, where his only win all last season came in that Wednesday finish after he had already been eliminated from possibly defending his 2019 Cup title.

While Busch felt bad about denying his teammate a spot in the championship finale, the win extended Busch's streak to at least one victory in 16 consecutive seasons. He's won twice already this season to extend a streak that now stretches one year shy of Richard Petty's record 18 consecutive seasons with a win set from 1960 through 1977.

A four-time winner at Texas, Busch will be without crew chief Ben Beshore following Beshore's suspension for loose lug nuts on the No. 18 Toyota after last week's road-course race in Charlotte. Busch has two wins each at Kansas, including in May, and at Martinsville.

"This round lays out very well for us. We have three tracks where we have had a lot of success at over the years," Busch said. "We won at both Texas and Kansas within the last year, so I feel like that's a good omen for us." 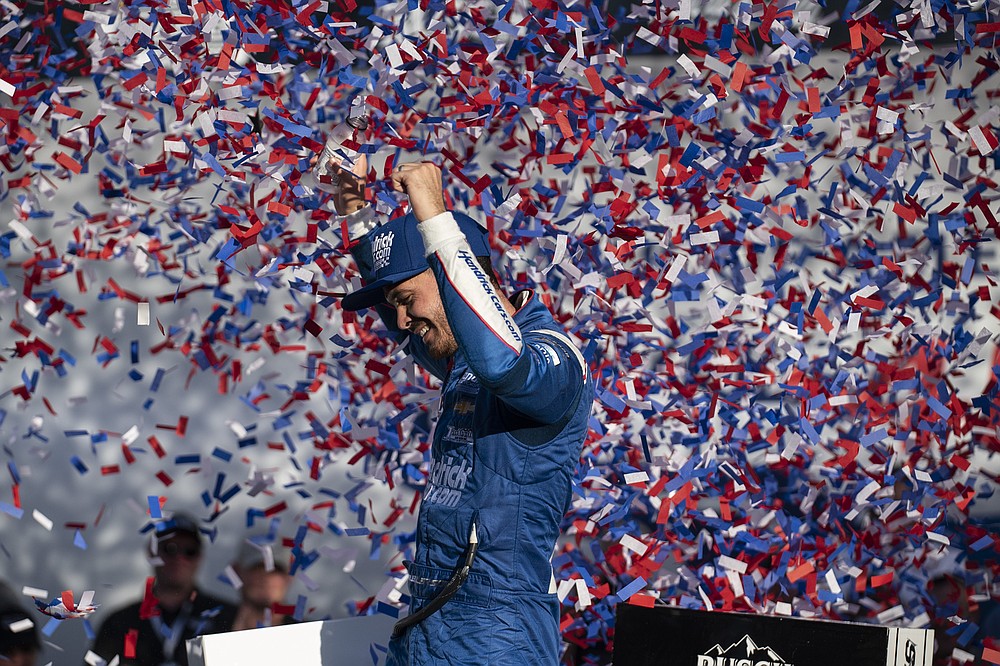 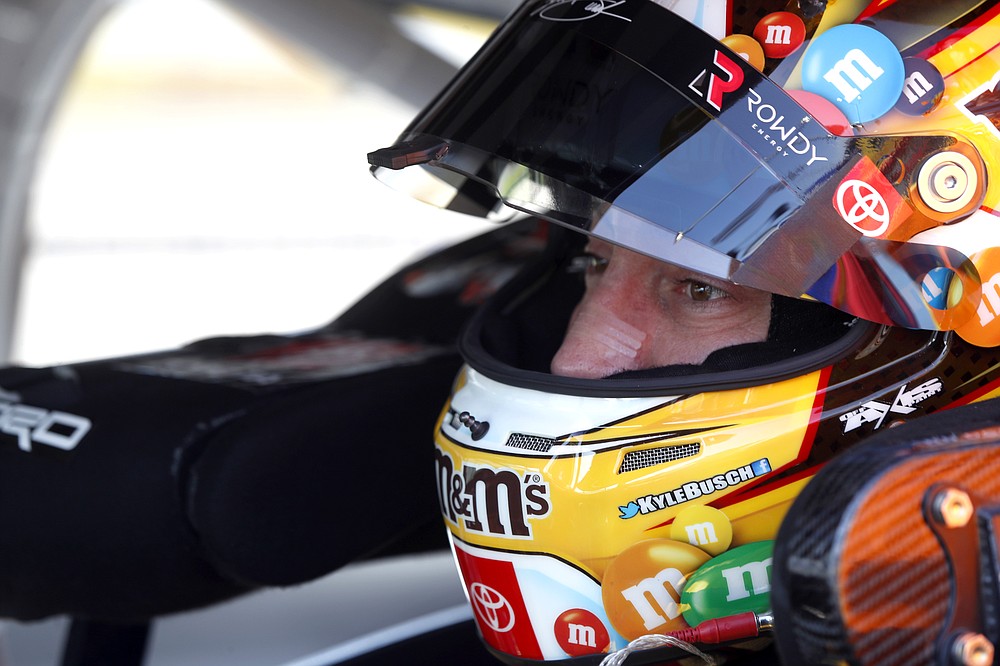 FILE - In this Sept. 26, 2021, file photo, Kyle Busch waits in his car before a NASCAR Cup Series auto race at the Las Vegas Motor Speedway in Las Vegas. A four-time winner at Texas Motor Speedway, Busch will be without crew chief Ben Beshore after his suspension for two two loose lug nuts on the No. 18 Toyota after last week&#x2019;s road-course race in Charlotte. (AP Photo/Steve Marcus, File) 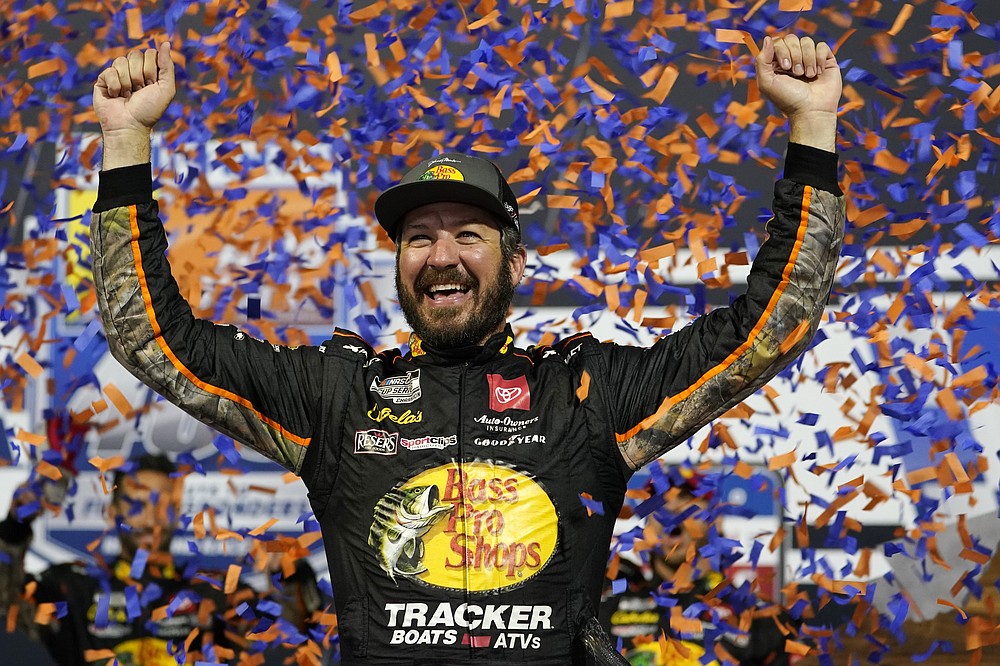 Print Headline: Truex in tight playoff chase as round of 8 begins in Texas