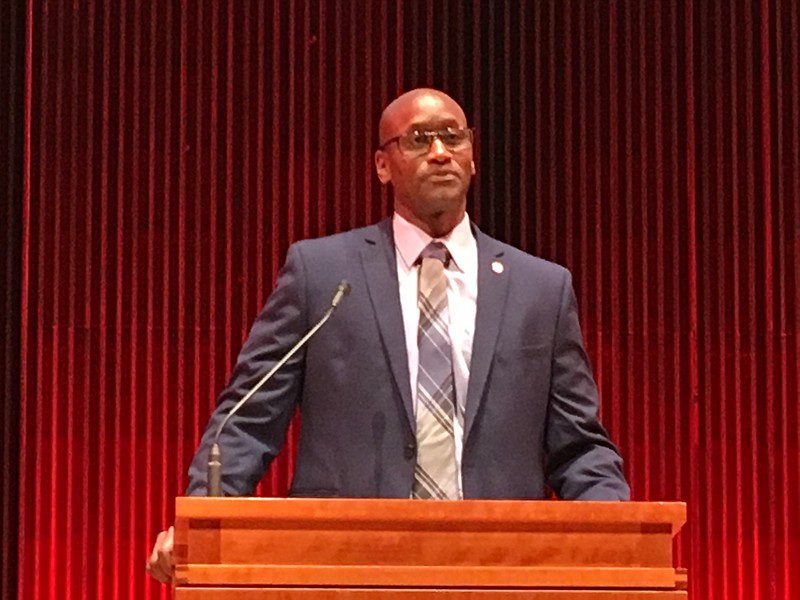 FAYETTEVILLE -- Charles Robinson, the top administrator at the University of Arkansas, Fayetteville, spoke Tuesday about a need to reach more Arkansans and create a greater sense of belonging for students on campus.

He said "everybody loves the Razorbacks" throughout the state, something he learned while visiting different parts of Arkansas after joining the university as a faculty member in 1999.

But in talking to residents, "many of them could not envision themselves on our campus as students," he said.

Though he didn't mention it Tuesday, the university in August launched a survey asking students, and faculty and staff members about their perceptions of belonging on campus. A 21-person committee announced by the university in July also is working on ways to enhance a sense of community.

Robinson said the university has a "heightened" interest in fostering this sense of belonging.

"The truth is we don't have to share the same political ideas, the same ideas on social issues, to know that we're all Razorbacks, and we're all welcomed and are part of this campus community," Robinson said.

Robinson highlighted a surge in enrollment despite the ongoing pandemic, with more than 29,000 students enrolling this fall, a record, according to preliminary data.

"We're up 12% in our out-of-state numbers," Robinson said, adding that many of the students are from Texas.

A university spokesman, Mark Rushing, in an email said Robinson referred to the percent increase in total enrollment of out-of-state students.

"I am pledging that I will take a portion of the growth from these out-of-state [students] and commit it to supporting first-generation Arkansans, low-income Arkansans," Robinson said.

Rushing, in an email, said the pledge of support referred to by Robinson "will include but is not limited to additional scholarships and aid, financial literacy training, additional tutoring" and advising outreach. Rushing said out-of-state students provide additional revenue for the university that helps keep in-state tuition rates "as low as possible."

Robinson, 55, served as UA's provost and executive vice chancellor before University of Arkansas System President Donald Bobbitt announced that he would serve as the top leader for the campus this fall and possibly longer.

Now the first Black chancellor to lead the university, Robinson took on the interim role after the June resignation of Joe Steinmetz. Robinson's appointment letter stated that he remains able to compete for the permanent position. 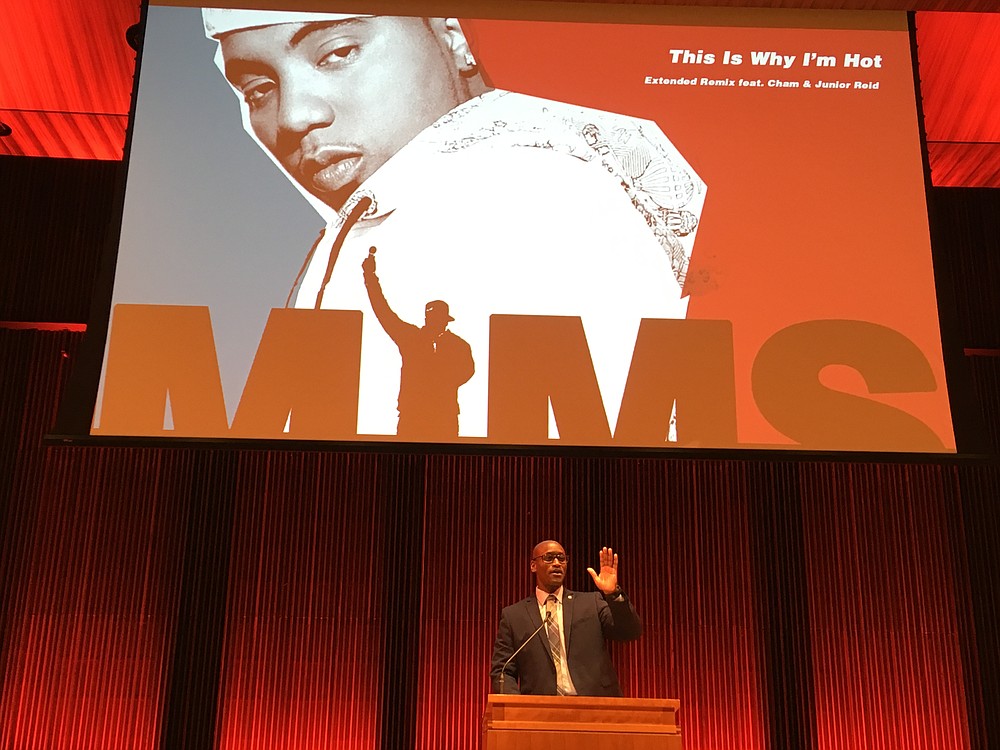 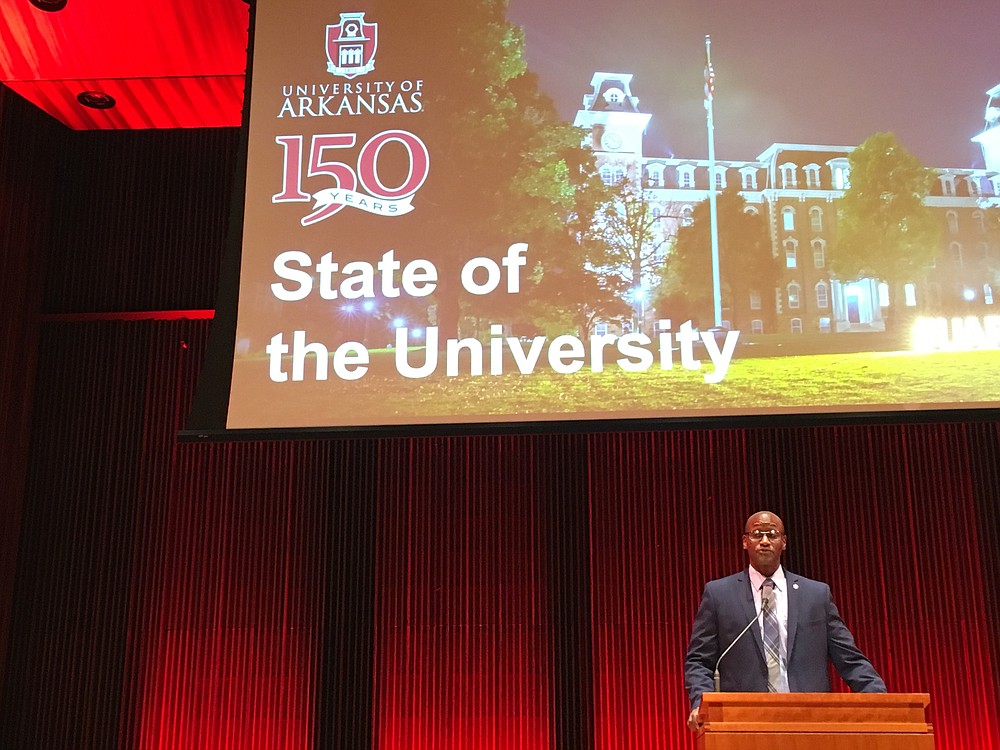