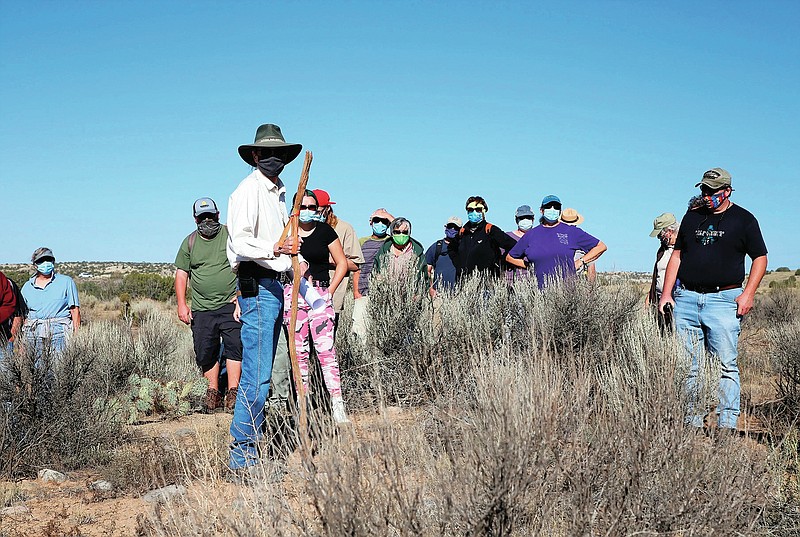 AZTEC, N.M. -- Retired archaeologist Jeff Wharton used maps to explain the size of Aztec North, an unexcavated great house at Aztec Ruins National Monument, during a guided tour of a part of the park normally closed to the public.

"We're standing at right about here. Where my fingertip is. We're on the high point of this mound," said Wharton, who retired from the National Park Service after serving 16 years at Aztec Ruins.

Twenty-five people were given rare access on Sept. 25 to Aztec North, which is normally off limits to visitors because of its fragile archaeological resources, park officials explained in a news release.

The guided tour was held in conjunction with National Public Lands Day.

Various changes have been made to the park's boundaries since the area was declared a national monument in 1923. It now encompasses about 318 acres and consists of Aztec West, Aztec North and Aztec East, another unexcavated great house.

Aztec West is the fully excavated structure that visitors see when touring the park.

This was the first guided tour offered at the park since the coronavirus pandemic caused park officials to revise services, a park ranger explained.

"This part of the monument is relatively new," Wharton said about Aztec North, which sits along the terrace north of the Animas River.

He explained that Aztec North predates the main ruins group and likely was built no earlier than 1070, based on analysis of surface ceramics, then abandoned by the 1140s.

The great house is likely one story that consists of cobble and adobe walls, which does not look the same as Aztec West, and likely held between 100 to 110 rooms.

It is unknown how many inhabitants were at Aztec North, Wharton said in response to a question.

Visible to the group on the surface were cobble alignments that outline the great house or mark rooms, pottery shards, and a rubble mound and kiva depression.

"You need to watch your steps on these cobble slopes. They're kind of tricky," Wharton said as the group walked south to the edge of the river terrace.

Down below in a short distance south is Aztec West and the community of Aztec.

The view could have been a reason why the people built Aztec North but, as time passed, they moved closer to the Animas River before leaving the area, Wharton said.

Mary Savage moved to Aztec from Carson City, Nev., about a month ago but was unaware that Aztec Ruins is a national monument until she signed up for the tour.

"I have a vested interest in archaeology. I've been interested in it even since I was a student four decades ago," Savage said, adding that as an undergraduate at Indiana University, she worked at prehistoric mound sites in the state.

During the tour, Savage asked Wharton questions about Aztec North, including methods used for data collecting and about the people who once lived there.

"I wanted to come today just to see the evolution of how this place was created. Because this is a pretty advanced civilization that created this masonry," she said.

When a participant asked if the park service will ever fully excavate the site, Wharton said no.

The park service has a preserve-in-place philosophy, he said, "so excavation is not going to happen."

He added that in summer 2016 a graduate student in archaeology named Michelle Turner did limited excavation at Aztec North.

"It was an interesting excavation because she was able to identify some cobble footers for the standing wall, and that was pretty much about it," he said. "She only had two test trenches here and over there and a couple on the other side of the wall. But that's as close to excavation that this site is going to get."

Arnold Dinet Yazzie said he registered for the tour to further his understanding of the park.

"I've visited the west ruins probably six, eight times, but I was curious about this one up here. That's the reason why I came," Yazzie said.

He said his interest in archaeology began when he took archaeology and anthropology classes at Fort Lewis College in the late 1960s.

"It was very informative and enlightening to me," he said about the tour. 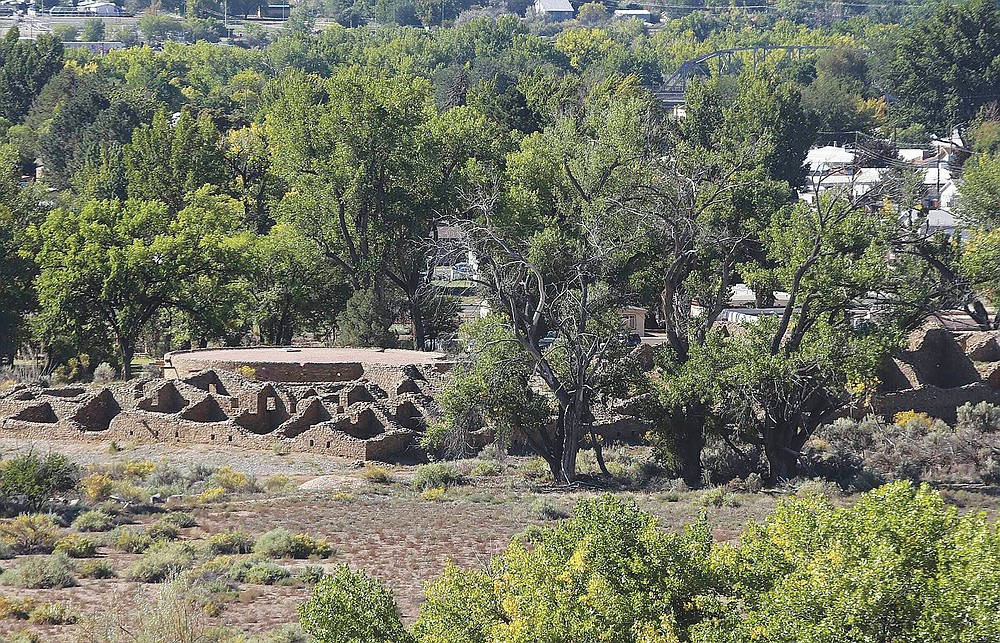 This Saturday Sept. 25, 2021, photo shows the Aztec Ruins National Monument near Aztec, N.M. A small group was given rare access to an unexcavated part of the site as part of National Public Lands Day. (Noel Lyn Smith/The Daily Times via AP) 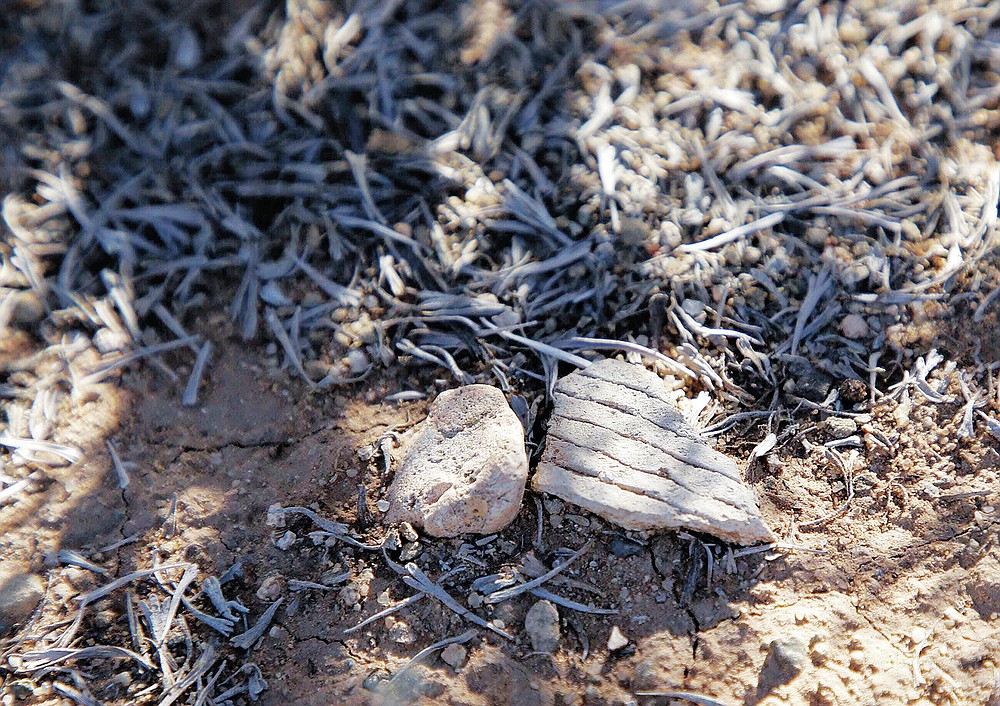 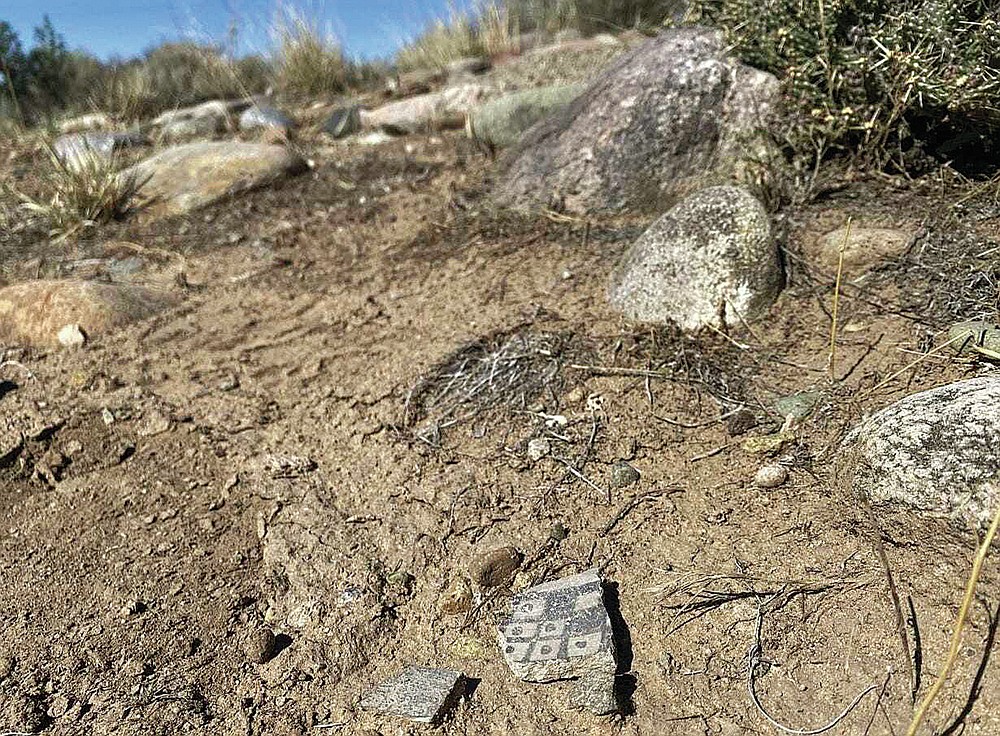