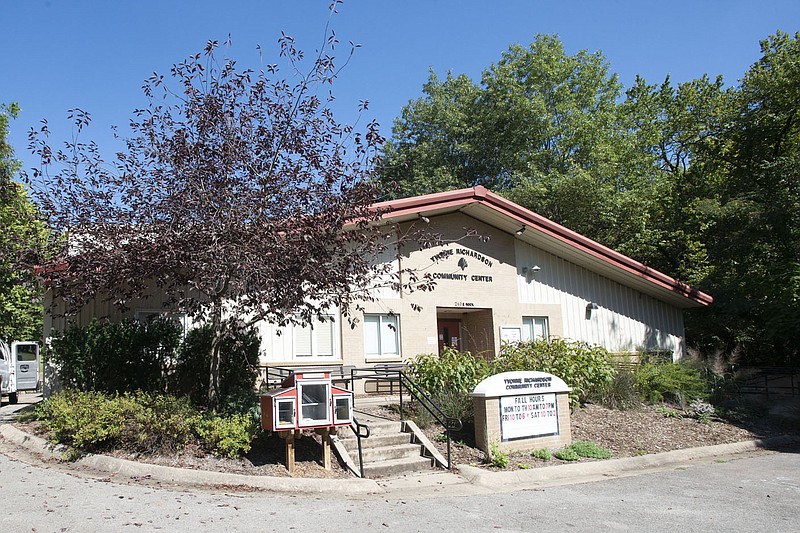 FAYETTEVILLE -- The city's parks board and staff on Monday tossed around some ideas for an expanded Yvonne Richardson Community Center, including a teaching kitchen, outdoor pickleball courts, a climbing wall and programs for aging and underserved residents.

The city included $1 million in a parks bond issue voters approved in April 2019 to expand the 10,000-square-foot center built in 1996. It lies on Rock Street near the Willow Heights public housing complex and currently features an indoor basketball court, computer laboratory, conference room, an outdoor playground and a garden.

Public input will determine what features ultimately will be included in the facility's expansion, said Lee Farmer, the city's recreation superintendent. The center has a new director, Josh Lainfiesta, who was hired about a month ago.

Residents, city parks staff and members of the center's board came up with a set of goals for the expansion to meet. They include preserving the area's history and highlighting historical figures, communal and collaborative spaces and serving as a staple for art and design in the southeast part of town.

The project is in the design phase under contracted local firm Miller Boskus Lack Architects. Slides shown to the parks board included a teaching kitchen, indoor spaces intended to mimic the outdoors, architecture that encourages recreation such as a climbing wall, exercise spaces and outdoor pickleball courts.

Tiffany Hoover, assistant recreation superintendent, said the slides were intended to spark ideas. The city plans to hold some events to gain public input and solicit responses from questionnaires in the mail, in person and online, she said.

"We've had a lot of people already suggest a swimming pool, which is a little bit hard to imagine with the footprint right now," Hoover said. "But we're open to whatever the community sees as a need."

On the goal of highlighting historical figures, parks board Chairman Will Dockery suggested something to honor George Pool Ballard, a Black poet prominent in the 1920s who lived in the area. Ballard's poetry appeared in the Fayetteville Daily Democrat. He gained public attention for his poem "Woodrow Wilson -- A Tribute," published three days after the former president's death, according to the Encyclopedia of Arkansas.

Dockery said he wanted to see Ballard get the respect he deserves.

"He lived right there on the block and is probably Fayetteville's most famous poet, honestly," Dockery said. "If we're going to incorporate historical Fayetteville celebrities, let's give George Ballard his due finally."

Dockery also questioned how frequently a rock-climbing wall would get used if insurance considerations had to be made.

Board Member Nicole Claesen said she saw some fantastic ideas in the presentation, especially the teaching kitchen. Children frequently take part in available teaching kitchen programs in the region and learn to love to cook and eat healthy as a result, she said.

The city plans to begin construction on the expansion during Phase II of its bond projects sometime next year.

To learn more about the center or to donate, go to: