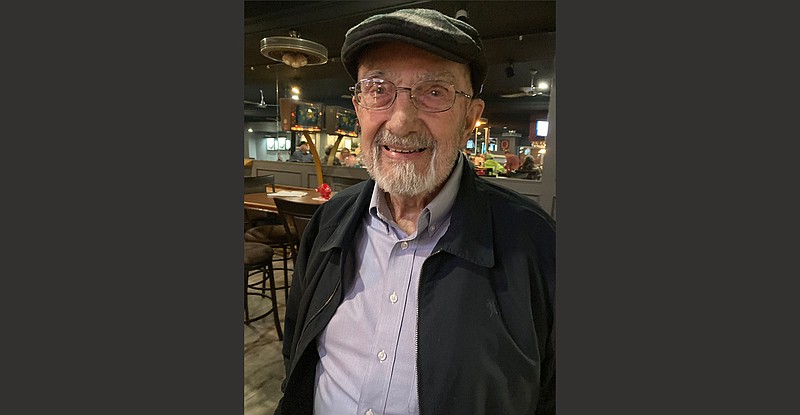 Bob Engelberger was once Elk of the Year at the Elks Lodge in North Little Rock, and he was recently declared the winner of the Elks on Parade, a beauty pageant of sorts held to raise money for charity. (Special to the Democrat-Gazette)

Bob Engelberger, 93, grew up in North Little Rock and has seen the city grow and change over the years. His father and grandfather owned and ran the Engelberger Saloon, which was in the Faucette Building in the city's Argenta district.

Engelberger was once Elk of the Year at the Elks Lodge in North Little Rock, and he was recently declared the winner of the Elks on Parade, a beauty pageant of sorts held to raise money for charity.

"Where our house was, at 2012 Maple, there's a church now, and most of the houses around it have either been torn down or remodeled," Engelberger says. "The downtown area still looks almost the same but there have been a lot of changes."

His age doesn't always match up with how he feels.

He was just 3 years old when his father died and his mother had to go to work to support the family.

"I think the first job she ever got paid her $19 a week and it was with a printing company," Engelberger says.

His sister, who was 10, was often left at home to watch him and their brother, then 8.

"Even though she was good, it wasn't like we really had proper supervision," he says.

His grandmother lived at 21st and Maple. The Engelberger House, a 19th-century Queen Anne at 2105 21st St., is listed on the National Historic Register.

"My grandmother practically raised me in that old house," he says.

He and his siblings spent hours playing outside with friends throughout their childhoods.

"There was a vacant lot about a half a block away and we played a lot of baseball on that vacant lot," he says.

The Boys Club, also nearby, had a swimming pool, and he went there often, too.

"I only lived a block from the North Little Rock High School and I lived about five miles from Catholic High School and I had to ride the streetcar way back then," Engelberger says. "It was just too much of a burden to try to get out there."

After high school, he got a job at Linde Air Products Co.

"I was there a couple of years and then I got drafted into the U.S. Army," he says.

He had thought he might see Germany, his grandmother's native land, but instead spent his 33 months of service as a company clerk and then a battalion headquarters clerk.

"I never left the United States," he says. "They inducted me at Fort Chaffee, of course, up in Fort Smith. Then I went to Alabama. Then I went to Camp Pickett in Virginia. And then I got discharged from Fort Bragg in North Carolina."

He enrolled in night classes in a junior college following his discharge.

"It was just general-type studies because I hadn't set a goal to get any kind of a degree," he says. "It was just English and history, and I took typing and shorthand."

He found a job in the credit department of a paint store in the area and worked his way up to manager. When he retired in 1995 from Sterling Paint in Little Rock, he was supervisor of 14 stores in the area.

"I was the Elk of the Year one time and I was on the board of trustees. I was also a member of the Loyal Order of the Moose in North Little Rock," he says. "I'm a Catholic and I'm a member of the Knights of Columbus, which is a big Catholic organization."

Engelberger met his wife, Pat, while he was out with friends.

"I was married three times before and all three of my wives died of cancer," he says.

He invited Pat to an Elks convention, and she accepted.

"It developed from there and we married about two years later," he says.

Engelberger has enjoyed golfing over the years. Until he was 70, he jogged about 15 miles a week. He still walks regularly at McCain Mall and he helps his stepdaughter, Terri Conder-Johnson, executive director of the Arkansas Sports Hall of Fame, when he can.

He enjoyed being in the Elks on Parade pageant.

"I dressed up like a woman. They put lipstick and everything on me and I had a long blond hair, and I sang a song -- I sang a Conway Twitty song," he says. "I collected over $1,000."

This was a volunteer gig, he explains, and it was enjoyable. 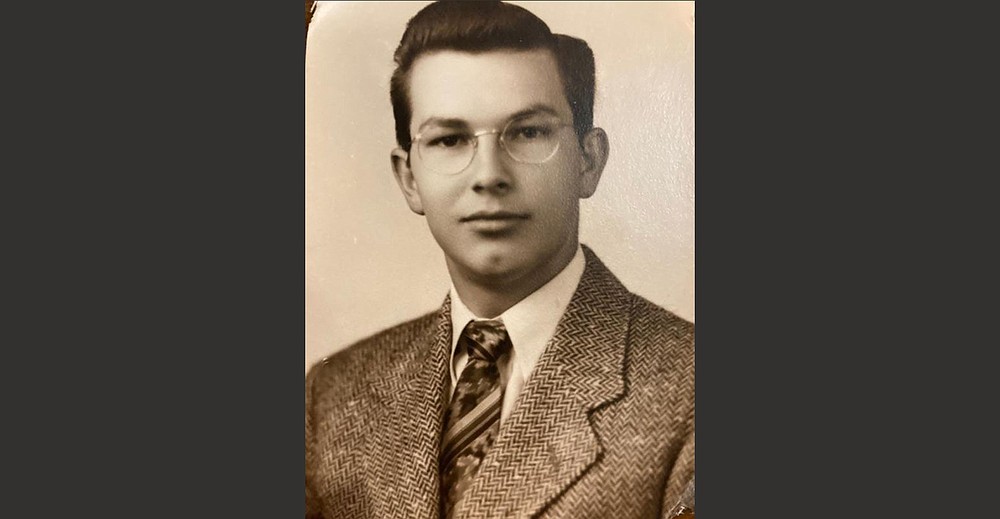 Bob Engelberger, 93, grew up in North Little Rock and has seen the city grow and change over the years. His father and grandfather owned and ran the Engelberger Saloon, which was in the Faucette Building in the city’s Argenta district. (Special to the Democrat-Gazette)