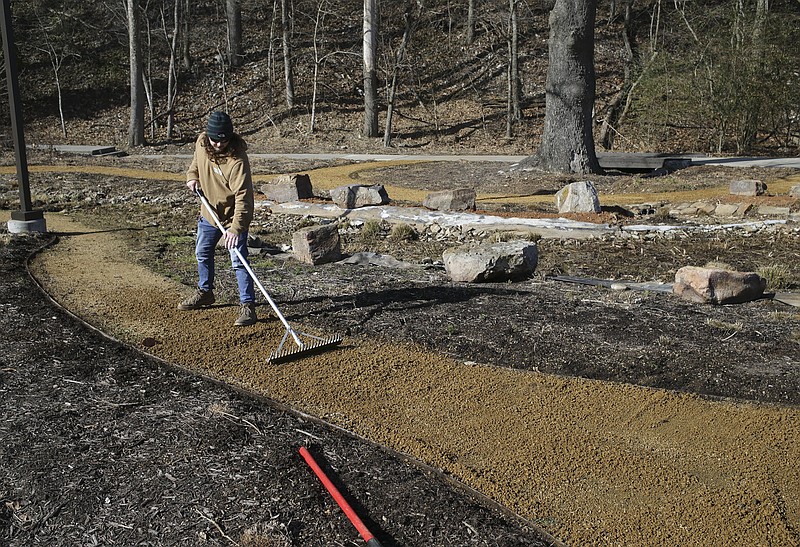 The city will contribute $150,000 to the project, according to Jim White, city parks and recreation manager.

The approximately 15 miles of soft trails were built six or seven years ago and have eroded over time, White said. As part of the improvements, some trails will be built up while others will be rerouted, he said.

White hopes the project will begin during the winter months. It will take around 90 days to complete, he said.

Council members also voted to add soft surface trail design to the list of professional services that do not require a competitive bidding process.

Soft surface trails are designed on site as they are being built and the engineering and construction company are one and the same, said John McCurdy, community development director. Because the trails are in the woods, the initial design drawings often look like a line on a map, although they do take into account topography and slope, he said.

"Until you get out there with a backhoe and shovels and picks, you don't know what it will look like," he said. "There is no way to make engineered drawings to take out to bid."

In other business, council members approved a $300 one-time Christmas bonus for all city employees. The bonuses have been a tradition for the past 15 years, with the exception of 2009, 2010 and 2011, and have often been in the amount of $300, said Casey Wilhelm, city finance director.

Other action at Tuesday’s meeting:

• Approved holding only one meeting next month. It will be on Dec. 14.