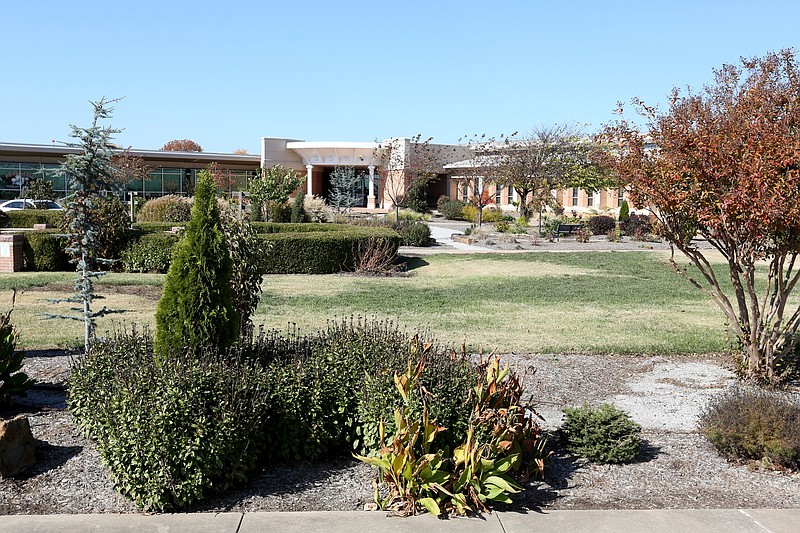 SPRINGDALE -- Hands-on. Interactive. That's part of the vision for a new Jones Center.

And community members will put their hands on and interact with various aspects of the design and give their opinions of what they want to see in a reimagined Jones Center.

The Jones Center will host an outdoor event from 4 to 8 p.m. Nov. 11 inviting residents to "walk through" the new conceptual design for the campus.

Team members from the Civitas team of landscape architects in Denver and three local artists chosen to join the team will give the residents a hands-on experience with the design. They will ask participants to help hone in on details, with some learning and fun thrown in.

For example, the Lighting Station at the main entrance of the Jones Center will move guests to pick up glow sticks and explore how light changes spaces and placement, a Wednesday news release for the event reads.

Design representatives at the station will explain how the outside of the Jones Center can't use huge lights to shine in the night because the Springdale Municipal Airport is across the street, said Joan McQuaid, a spokesperson for the center. Pilots must be able to see the lights of the runway to know where to land.

Guests then will give input of what style of lights they might like for different places in the Jones Center, McQuaid said.

Other stations will focus on four aspects of the new design -- ecology and recreation, play, architecture and art. Residents listed these as important parts of their community.

The Art Station behind the JTL Shops will feature dance lessons with local musician Papa Rap, weaving with artist Danielle Hatch and three giant sets of ear horns to explore how sound projects over distance with Reilly Dickens-Hoffman.

Local musicians from many genres and a disc jockey will provide live music from 7 to 8 p.m. at the main plaza of the Jones Center. Local restaurants will offer food.

The Jones Center also will offer Exploration Bingo with chances to win prizes through the evening as participants visit the interactive stations.

Leadership of the Jones Center is changing during the renewal process, with Terri Trotter serving as the Jones Center's next president and chief executive officer, starting Jan. 1.

Ed Clifford, who now holds the position, will assume a new role on the board. He joined the Jones Trust Board in 2011 and became the president of the Jones Center in 2012.

But Trotter is not a new face in Northwest Arkansas. She worked at the Walton Arts Center in Fayetteville in several capacities, including chief operating officer, from 1998 to 2014.

Trotter said in a phone call Wednesday from Michigan the renovation of the Jones Center was one the things that interested her in the job -- especially because the process is just beginning.

"We will be thinking how to utilize the campus to its highest and best purpose to serve the community," she said.

The Jones Trust supports and manages the legacy left by the late Bernice Jones, widow of Harvey Jones, the founder of Jones Truck Lines. The company's truck terminal, mechanical shop and offices were turned into a community center and a home for nonprofit agencies.

The 52 acres of the Jones campus includes three buildings: the Jones Center, the Center for Nonprofits at the JTL Shops and the Harvey Jones Education Building. The trust wants to tie them together to create a gathering space for all in Springdale.

The community center on Emma Avenue was a gift to the city from Bernice Jones.

"The Jones Center was built years ago for Springdale, but I don't think we have utilized it as we could have," said Springdale Mayor Doug Sprouse.

"The plans I've seen for the renewal, I think, are more of what Mrs. Jones wanted," he said. "Making it open and welcoming to everybody."

"It's meant to be a campus where you can spend as much time or as little time as you like," McQuaid said. "It will be great to spend time quietly at an art installation or play soccer with your friends. It will be a destination a family would really enjoy." 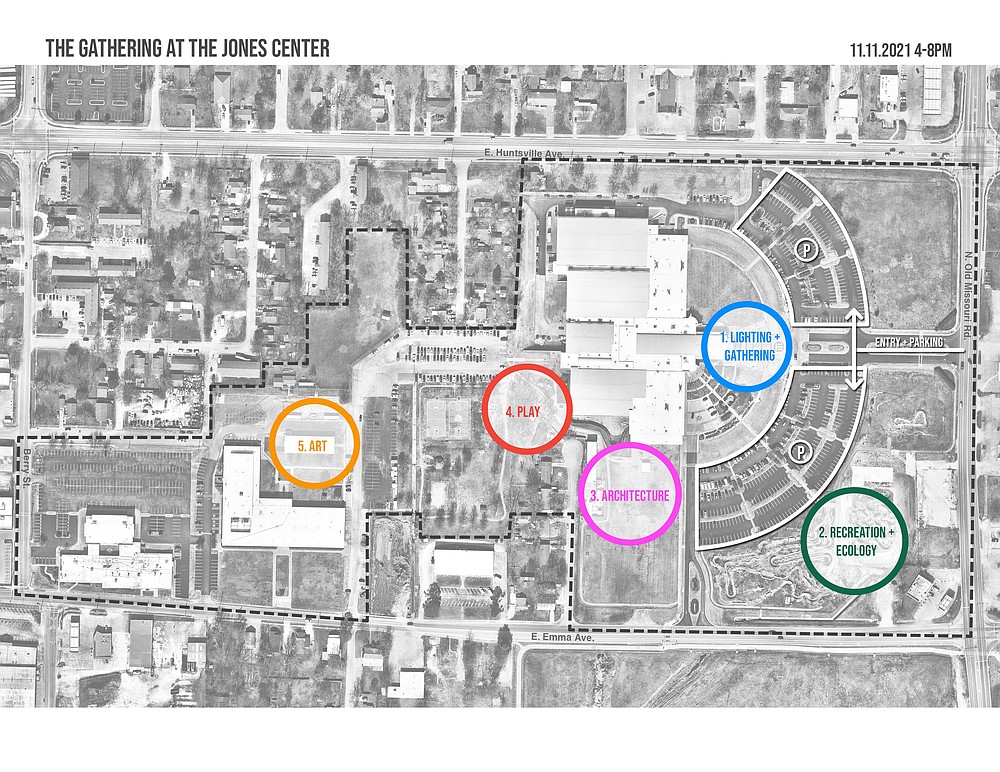