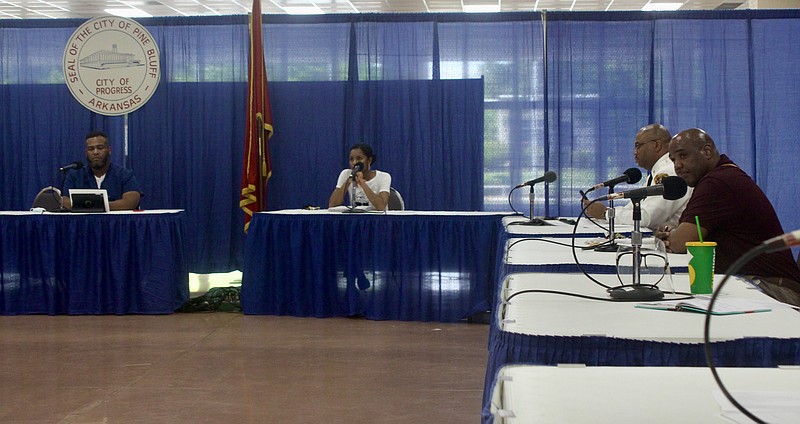 A survey conducted by the United Citizens for Pine Bluff, a citizen-led organization, was brought to light on Tuesday during a Public Safety Committee meeting at the Pine Bluff Convention Center. (Pine Bluff Commercial/Eplunus Colvin)

Editor's note: This is part one of a two-part series. In this segment, the members of the United Citizens for Pine Bluff discuss their public safety survey results with city leaders and department heads.

When the results from a public safety survey were released last week, the numbers brought an awareness of crime in the city and sparked conversation among city leaders and residents.

The survey was conducted by United Citizens for Pine Bluff, a resident-led organization that met on Tuesday, during a Public Safety Committee meeting at the Pine Bluff Convention Center, to address some of the concerns brought to light and to give a deeper insight into the stats and what they mean.

Committee Chair Glen Brown Jr. and Council Member Joni Alexander opened the floor to the United Citizens for Pine Bluff. Also in attendance at the meeting were Pine Bluff department heads because their departments were mentioned in the survey results.

"Crime is a problem. Not just in our community, but we know gun violence is what brought us to this place to come together and say, 'Hey, what can we do?'" said Kymara Seals, one of the three United Citizens for Pine Bluff committee chairs. "We recognize this problem is for all of us to bring solutions to the table. That's what we're trying to do. It's a process. It's not going to happen overnight."

Seals said the results of the survey were data-driven, with 797 Pine Bluff residents participating.

"There are some things that we thought, but now we know and we can point to the data and say we were right because here's the data and here's what the people are saying," said Seals. "When people come through and survey the community, they generally take a sample of anywhere from 250 to 500 people is the goal. We got almost 800 people. We feel good about that."

Team members Marva Crater, Teki Hunt and Kerri Williams collected all the data and presented the statistics to emphasize the good and the bad.

"75.4% of the people said they just don't feel safe walking at night in their community," said Crater, who gave safety statistics. "That's about 591 people."

Crater said the priority needs to be the development and implementation of a plan that would help residents feel safe.

The survey results showed that 428 of the people said they felt safe, 465 felt safe at night in their homes, and 435 people felt safe walking in the daytime in their community.

The survey calculated numerous neutral answers, and according to Williams, those surveyed either did not feel comfortable saying yes or no or they didn't have enough information, especially when it came to the Pine Bluff Police Department.

To counteract most of those neutral responses, Williams presented three pages of unfiltered individual responses by those who were surveyed and who gave their takes on the Pine Bluff Police Department.

"The Internal Affairs and Community Affairs of the PBPD should be overhauled to create real relationships with citizens and businesses to create trust, respect and partnerships between the police and families, communities and businesses," read one comment.

"I would like to see the PBPD more active and engaged within the community. I rarely see a police car when I drive around the city," read another comment.

Comments such as "I live by the hospital and almost every night we hear gunshots in our area" and "I'm afraid to report because I don't trust officers to keep my personal information confidential," as well as others, were repeated throughout the responses.

There were also comments that asked for better pay for officers, arguing that it would result in them taking more pride in their jobs, as well as comments saying the Police Department is being staffed with good people.

"If you look in the comments, you will get a good indication why they don't trust the Pine Bluff police," said Williams. "Some people were very frank with their statement."

State Rep. Vivian Flowers, who is also a chair of the United Citizens for Pine Bluff group, shared a different perspective of the data that she said is often not reflected in the media.

"Many of you might have seen when we released this, the headline was not about how many people felt pride or any of the positives -- there are negatives, clearly -- but there are some positives, and the neutrality needs to be discussed in terms of the lack of information and the lack of connection that people feel with leadership or feel with the process," said Flowers. "The headline was about how many people feel unsafe, but there was nothing about how people feel safe. People do think this is a good place to raise a family."

With information provided by the Police Department, Flowers shared crime statistics from 2010-20 supporting the fact that crimes were decreasing in Pine Bluff.

"From 2010 to 2020, just to see whether or not if a crime has been on the increase, and interestingly, most crime has decreased significantly in Pine Bluff," said Flowers. "When you really take stock of what's happening in terms of crime, it validates that the focus should be on homicides and gun violence."

• Eighth to 31st Avenue and Olive to Fir streets.

• 21st to 26th avenues and Georgia to Pennsylvania streets.

"When you think about so many people not feeling safe, how many of those people that participated in this survey and don't feel safe live in those areas where there are hot spots and activity is significant?" said Flowers, who added that just because it may not happen in a person's neighborhood doesn't mean that person won't express concern and feel unsafe. "If people knew where the activity was happening and how we need to be targeting our efforts as a community, I think that people would have a greater sense of connection and responsibility. This is something that we can resolve and solve and improve together." 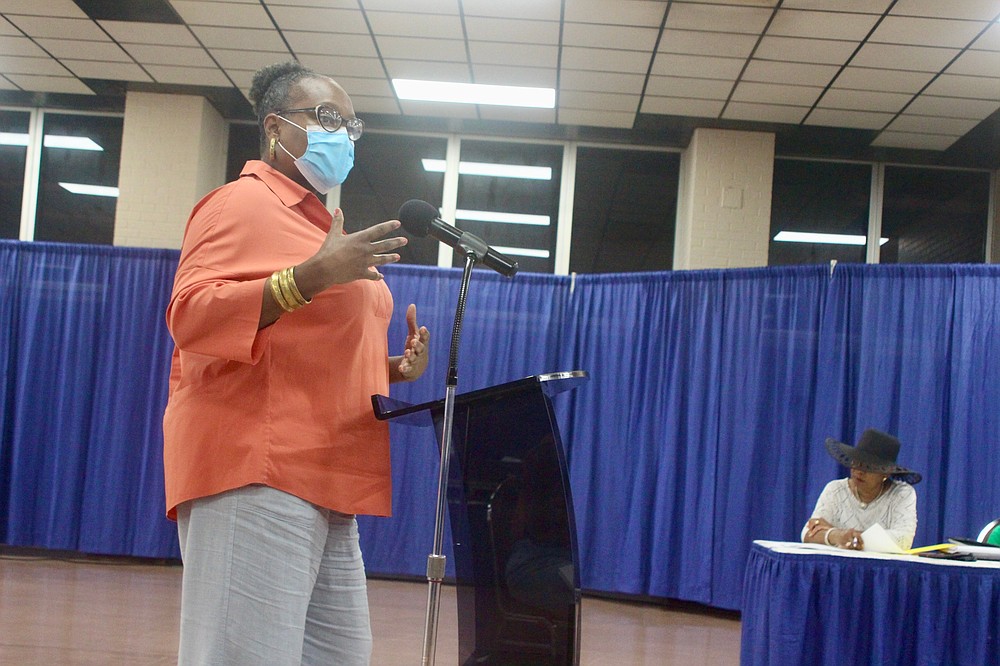 State Rep. Vivian Flowers who is also chair of The United Citizens of Pine Bluff group shared a different perspective of the data that she said is often not reflected in the media. (Pine Bluff Commercial/Eplunus Colvin)
ADVERTISEMENT