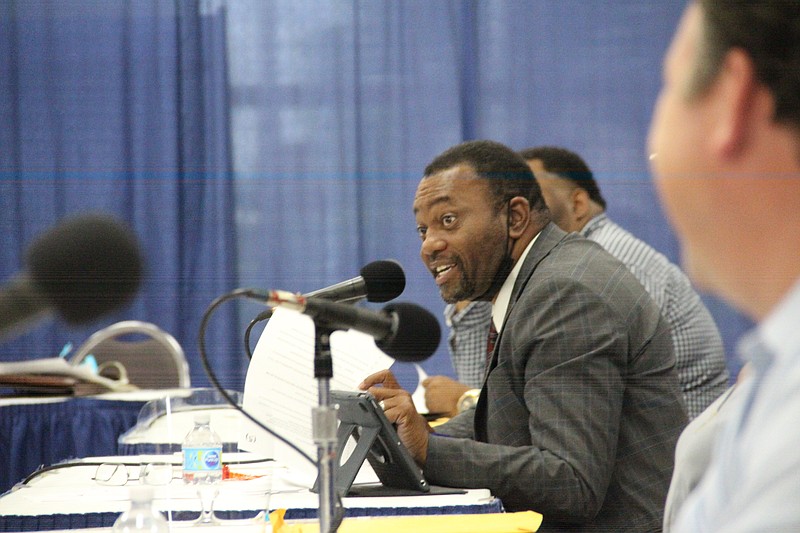 Council member Bruce Lockett said he was not in favor of the animal control policies and procedures recently passed by the city council, stating it gives more rights to the animals than the officers. (Pine Bluff Commercial/Eplunus Colvin)

An animal control officer was seen on camera beating a dog with a catchpole resulting in a proposed three-day suspension by Animal Control Director Marcus Graydon, according to city officials. The suspension is now in the hands of the Pine Bluff City Council.

"Mr. Wilson said he did not beat the dog but the camera showed that he did beat the dog," said Holcomb who made a motion to uphold the disciplinary action and send it to the full council with a "do pass".

According to Holcomb, this wasn't Wilson's first incident.

Wilson, who has been an animal control officer since December of 2017, was involved in an incident on March 23, 2021, in which an animal was fatally shot by a Pine Bluff police sergeant.

Committee member Steven Mays wanted to hear from Wilson, who was in attendance, but Holcomb denied his request stating "this is not an appeal hearing."

"What is considered an appeal hearing because are we just going to allow whenever a department head decides that they want to write a person up and that's the end and we're done?" said committee member Glen Brown Sr. "This is our job to hear what they have to say."

Brown didn't think it was fair not giving Wilson a chance to tell his side of the story during the committee meeting and automatically siding with the department head.

"The department head can be in error also," said Brown. "Let's not think these people don't deserve a hearing or to be heard. That's totally not fair."

According to city attorney Althea Scott, if the committee members did not agree with the motion made by Holcomb, the motion would be sent to the full council with a "do not pass."

"The council can decide if they want to sustain," said Scott, who added that a majority vote by the council would be needed to go into executive session for further discussion.

Holcomb did not receive a second on his motion; therefore the motion will be sent to the full council with a "do not pass" recommendation from the committee.

Now the decision will be in the hands of the full council after those same members passed an ordinance last week adopting the procedures for the use of force and body cameras for the animal control officers.

According to the ordinance, physical nondeadly force can only be used when retreat is not possible. Only a tactical baton strike in non-lethal areas or two short bursts directed toward the eyes can be used.

During the discussion, council member Bruce Lockett said he had some concerns about the policy because it seemed to give more rights to the animals than the animal control officers.

"If a dog is attacking you, what is non-lethal?" asked Lockett, directing his question to Graydon. "I don't think one should be worrying about how lethal it is. You got a spray and the dog coming at you, I'm not counting the bursts of spray. I think you are going to put as much spray as it takes to get it off you, but according to this policy, if he uses more than two short bursts directed towards the eyes of the intended subject, he's in violation of the policy."

According to Graydon, the officer will exert as much force as possible to get the animal off them without using lethal force. Graydon added that the spray should be the last resort because it makes the dogs angrier and does not disable the dogs.

"I don't know if this really works for me because how are we going to penalize an animal control officer if he's somehow defending himself?" said Lockett. "I'm really worried about this because it seems as though one can use it against the person that is defending himself."

According to Graydon, the policies are necessary, due to the many incidents involving animal control officers. Graydon said footage can also help them win cases in court.

"How much of an issue do we have with our animal control officers doing harm to the animals to the point that we need to, on a daily basis, record footage?" asked Lockett.

Graydon said every time an animal control officer arrives on a call, they must turn their body-cameras on.

Lockett was the only council member who did not vote to pass the animal control ordinance. 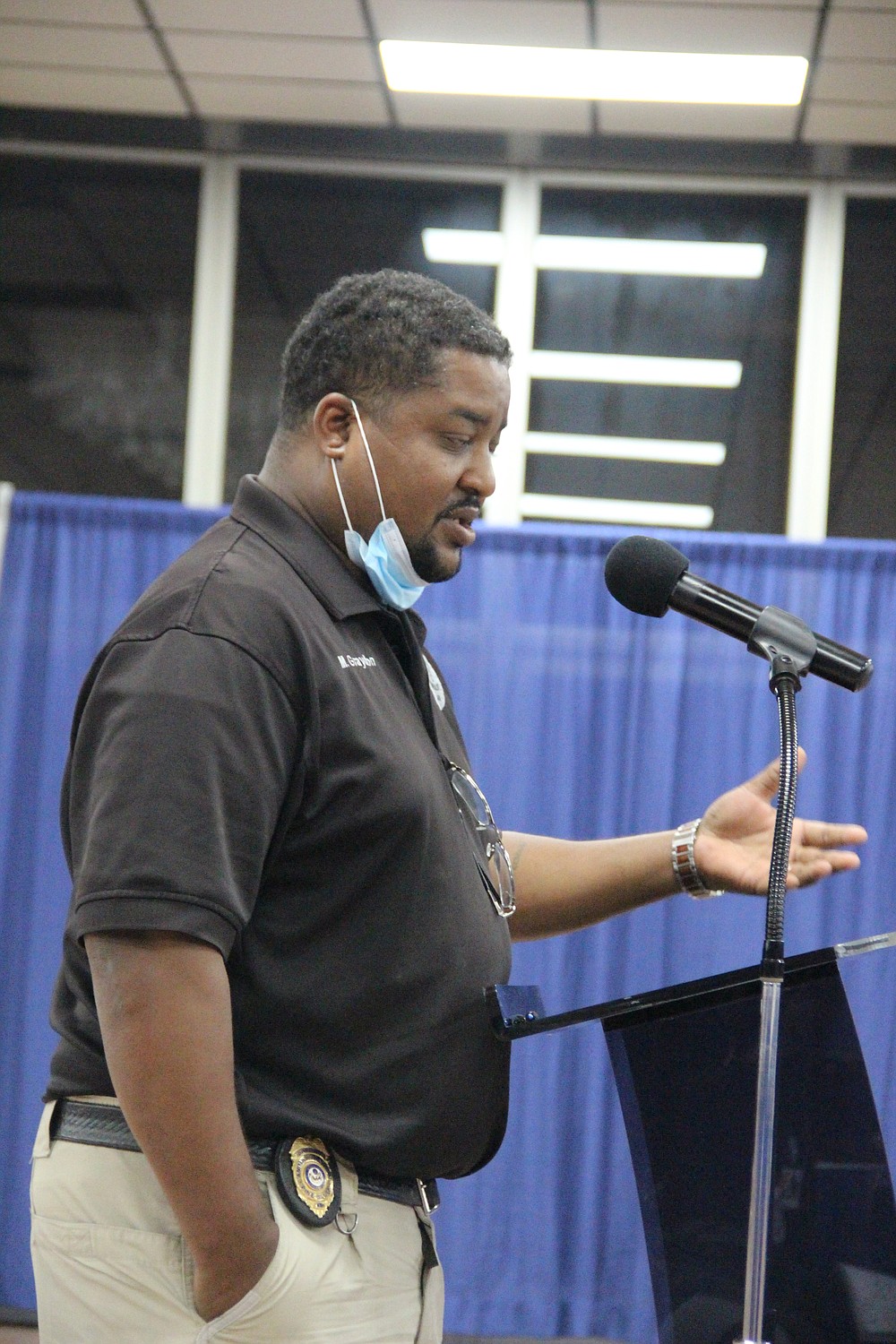 During the city of Pine Bluff Administrative Committee meeting, it was reported that Animal Control Director Marcus Graydon (shown here) had observed on camera Animal Control Officer Gary Wilson beating a dog with a catchpole. Graydon recommended a three-day suspension which will be sent to the full council with a "do not pass" recommendation. (Pine Bluff Commercial/Eplunus Colvin)
ADVERTISEMENT