Stock cars finally get their turn at Texas track 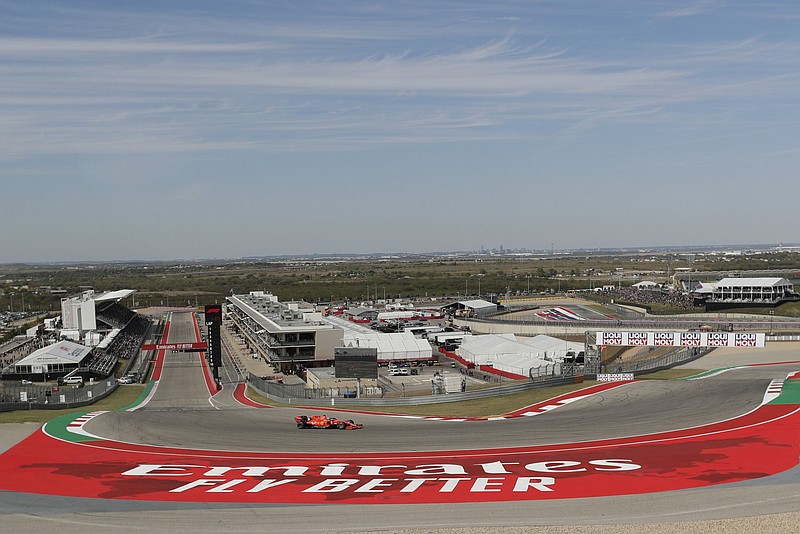 Formula One driver Sebastian Vettel of Germany steers his car during a 2019 practice session at the Circuit of the Americas in Austin, Texas. After several years of competing on the racing calendar with Formula One’s annual stop in Austin, NASCAR brings stock car racing to a new road course where the drivers say they’re excited to bump their way through the turns and s-curves. (AP file photo)

AUSTIN, Texas -- The Circuit of the Americas brought Formula One back to the U.S. with heavy doses of champagne, style and speed that put Texas on the map of world racing.

After several years of competing on the racing calendar with F1's annual stop in Austin, NASCAR brings stock car racing to a new road course where the drivers say they're excited to bump their way through the turns and s-curves carved out of rolling scrubland of Central Texas.

The 3.4-mile track will put the drivers, most of whom have never taken a lap at COTA, through 20 turns, hard braking out of a long, high-speed straight, and a lefty switchback that slingshots the cars into a 133-foot descent just seconds after the start.

The Texas Grand Prix is one of a record seven road races on the NASCAR Cup Series schedule this season, part of a weekend tripleheader with lower-tier Xfinity and Trucks races.

"It's different than a lot of road courses we go to -- very high speed," veteran Cup driver Brad Keselowski said. "This section over here, it's about 185 mph. Then you slow down to about 30. You know, that's a heck of a ride; I know it would make my wife sick if she was riding with me."

While the world of F1 racing is all about finesse, NASCAR drivers expect to flex more muscle with their heavier, more durable cars. Contact is dangerous in open-wheel racing, but it's the norm for stock cars.

"I think all the things that don't make sense about our Cup cars will create some wild racing," said Tyler Reddick, who is among a handful of Cup drivers who will also be racing in the Xfinity Series today to get extra time on the track. "You're definitely going to see some drivers getting aggressive. We have heavy stock cars and can bounce off each other."

Add in a chance of race-day rain and things could get really wild.

The Circuit of the Americas was built to race F1 cars. Since opening in 2012, it has hosted MotoGP, IndyCar and world endurance racing. The closest thing to resemble NASCAR was an Australian Supercars race in 2013.

NASCAR was a distant dream and the relationship between track owners wasn't always friendly. The Austin circuit was seen as a competitor with Texas Motor Speedway just three hours north in Fort Worth; some years, F1 and NASCAR raced on the same day.

Circuit of the Americas President Bobby Esptein credited Marcus Smith, head of Speedway Motorsports since 2015, with thawing the chilly relationship.

"I think it was a combination of the fans asking for it and the promoters listening," Epstein said. "He really took the initiative and said, 'I think this would be good for the sport, our fans would like it' ... We found a way to be partners rather than competitors."

Smith signed a one-year lease to race at COTA, with an eye toward more races here in the future if this weekend is successful.

"This is the way it was done 50, 60 years ago in NASCAR when my dad first promoted races in the 50s, he rented a date from the local fairground's raceway," Smith said. "This is sort of a back-to-the future moment."

Measuring success this weekend is loosely defined. Race officials won't talk ticket sales other than to say they are ahead of projections, which had been adjusted down for expected smaller crowds amid the coronavirus pandemic. Few expect the crowds to approach the 100,000 or more F1 has reported for recent race weekends.

"Is it a fun and exciting race? That's No. 1," Smith said. "Do we sell the market? Our sponsors are happy. Our television partners are happy. I'm very optimistic NASCAR will feel like it had a great event." 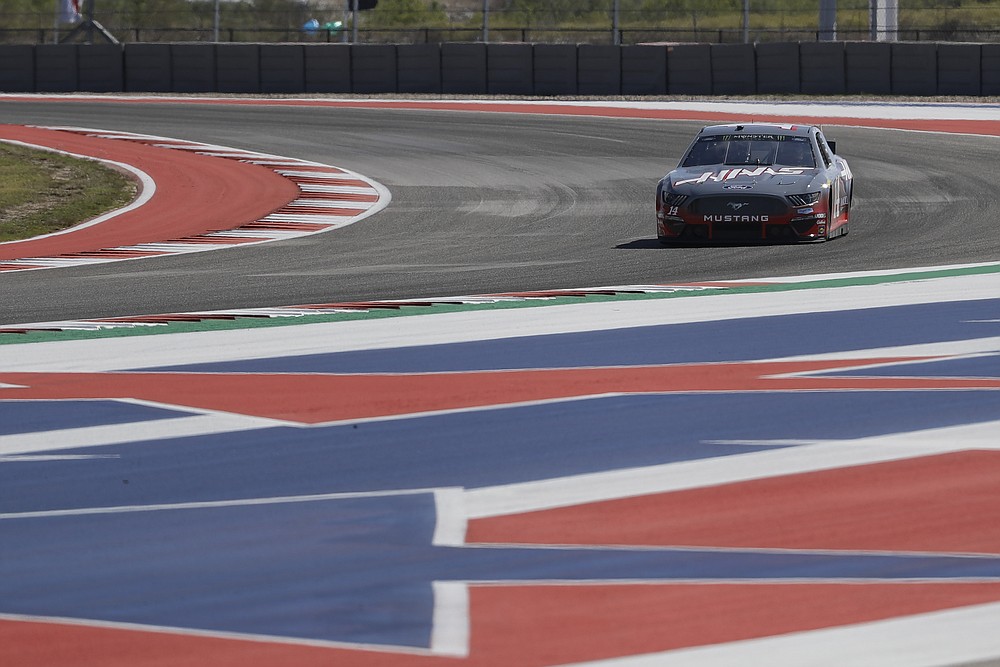 FILE - In this Oct. 31, 2019, file photo, Haas Formula 1 drivers Romain Grosjean, of France, and Kevin Magnussen, of Denmark, drive a NASCAR Cup Series car owned by Stewart-Haas Racing at the Formula One U.S. Grand Prix auto race at the Circuit of the Americas in Austin, Texas. After several years of competing on the racing calendar with F1's annual stop in Austin, NASCAR brings stock car racing to a new road course where the drivers say they're excited to bump their way through the turns and s-curves carved out of rolling scrub land of Central Texas. (AP Photo/Darron Cummings, File)
ADVERTISEMENT