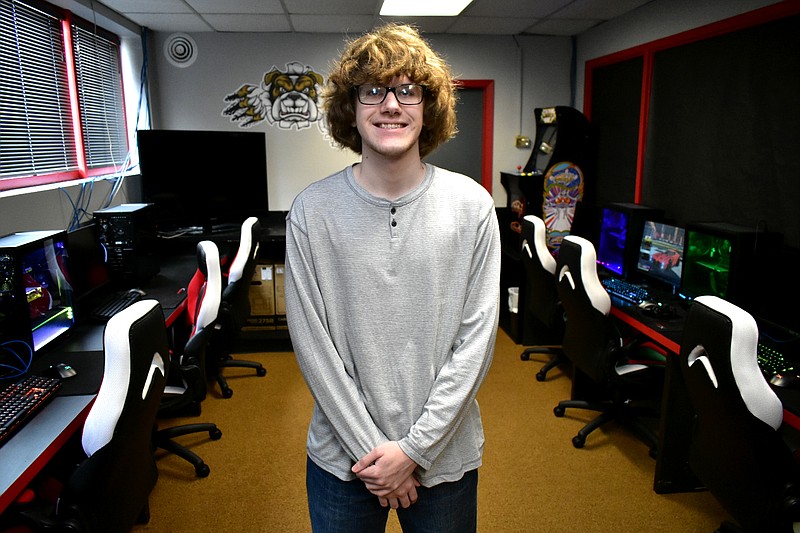 Dady is following in the footsteps of his brother Justin, who was White Hall valedictorian two years ago and is attending the University of Arkansas at Little Rock, where Trevor intends to enroll as a mechanical engineering major.

Once he's done as a Trojan, Dady plans on pursuing a master's degree in aerospace engineering from a Southeastern Conference school, with Texas A&M and Mississippi State University coming to mind.

"My long-term goal, which is out there, is hopefully work for NASA or SpaceX in the future, just because space has always interested me," Dady said. "I would love to be a part of one of those organizations."

Academics are very important to Trevor, but why?

"I would say mainly so I don't have to take out student loans and being able to pay for college," he said. "I feel like knowledge is important and vital to living a happy lifestyle because – you can be happy being dumb, but I feel like you're missing out on a bunch of opportunities you would have if you just focus on living in the world around you and helping build the world as well."

"As a mom, from a young age – I'm going to start crying – that's what I tried to instill in him, is a love of knowledge and learning," Sonya Dady said. "I knew it worked, but to hear [Trevor] saying that made my day."

Dady will lead a class of 185 into Bulldog Stadium for commencement at 7 p.m. Friday, another highlight in a family tradition of academic excellence.

Dady's e-sports and Quiz Bowl skills could fill a highlight reel, but it's his prowess in the classroom that dots a resume longer than those of some recent college graduates.

An AP Capstone Diploma recipient, Dady made a 35 on the ACT and scored a 3 or higher on at least three exams to earn an AP Scholar Award. He scored 1300 on a Preliminary SAT two years ago.

Twice, Boys State has honored Dady as a delegate. He will attend this year's proceedings virtually after coronavirus forced the cancellation of the 2020 event.

How he learns is important as well.

"Regardless of the class, he's driven to know the content," said Brandon Murphy, who taught Dady in computer science, advanced placement computer science principles and AP calculus. "From his perspective, I don't think it mattered when he took a class, he wants to do his best. He could miss two questions and show up in class and ask why he missed them, not just why he got it wrong, but ask 'Where did I miss up? How do I fix it next time?'"

Sonya Dady said she would ask similar questions during parent-teacher conferences. Such an art of questioning, "as a parent, must be taught" to kids, Murphy said.

Academics gave Dady – who played football and ran track as a freshman – opportunities to remain competitive on campus. He placed in a number of FBLA District III and state competitions, winning district in cybersecurity and Introduction to Business Communications.

Competing in video game tournaments is "kind of like" participating in sports, Dady feels. White Hall's team is equipped with its own computer lab and gaming chairs upholstered with school colors.

"I don't feel like e-sports needs to be a varsity sport, because it's not a varsity sport," he said. "It's something completely different. It's not a physical sport – it requires commitment – but it doesn't require a physical toll, like on football players and basketball players. But it does require commitment and teamwork, especially with 'Rocket League' and 'League of Legends,' for sure. It helps build teamwork, commitment, and it lets you do something after school and have fun with your life while you're in high school and enjoy it."

Dady was co-captain of the Quiz Bowl team all four years of high school. White Hall reached the state tournament each year with Dady, a state All-Star performer, and qualified for a national tournament this year.

The resume doesn't stop there. Dady was vice president of the National Honor Society and Computer Science Club. He also participated in the Coding Team, Gifted and Talented Education and Science Club.

Classmate Conner Capps, the Computer Science Club president, placed a finger on what sets his best friend apart from other students.

"It's got to be how dedicated he is to whatever he sets his mind to, because even with school, he's always been – 'Hey, you want to do this later?' -- 'I can't. I have to study for this test,'" Capps said. "I wasn't going to study for it. And even with e-sports this year, when he got e-sports captain, we've been in e-sports the same amount of time. You go to school, you do e-sports and you go home. But he was really dedicated to making it bigger than what it was before he got his hands on it. It's unreal to see someone work so hard for something, because for a normal person like me, it's like, 'Oh, it's just high school. I'm just going to get out of it and not worry about it.' He's setting himself to something and making a difference in it. That's really cool to see."

Quite naturally, Capps will follow Dady to UALR and major in computer science.

Dady's extensive list of qualifications begs one question: What is he most proud of?

"I don't think I can really pick one thing, just because everything blends together and helps build the person I am," he said. "This past year, probably e-sports. Even though I did well in school with my grades and everything and I focus on that, I was president of e-sports and I did help organize the club in our inaugural season two semesters ago. ... I'm proud to say I started something that will probably become a big thing in the future. It is a very good opportunity for other students, especially considering the scholarships that are available." 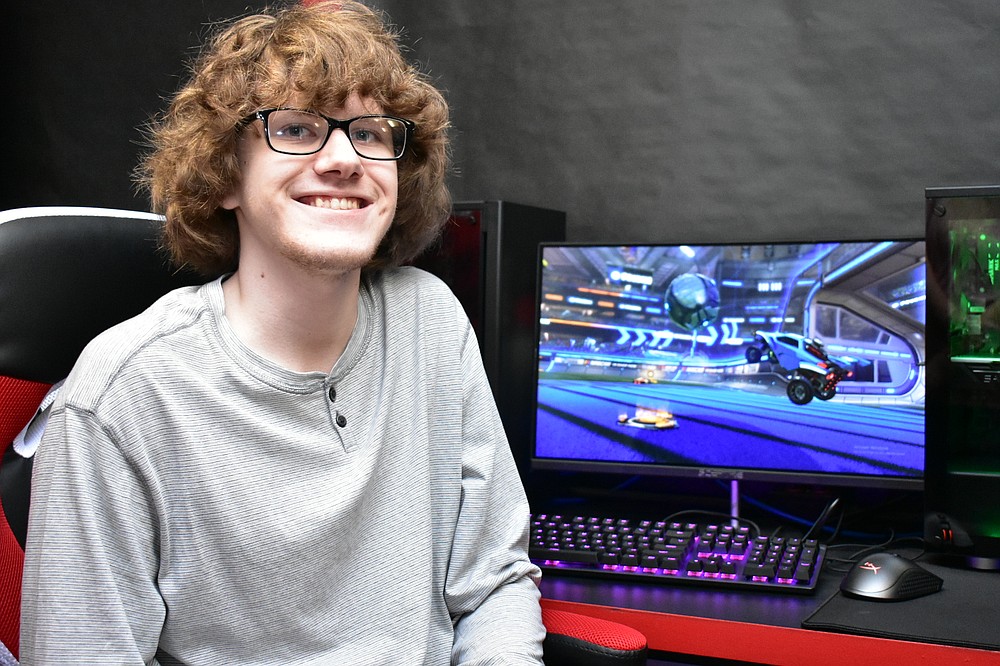