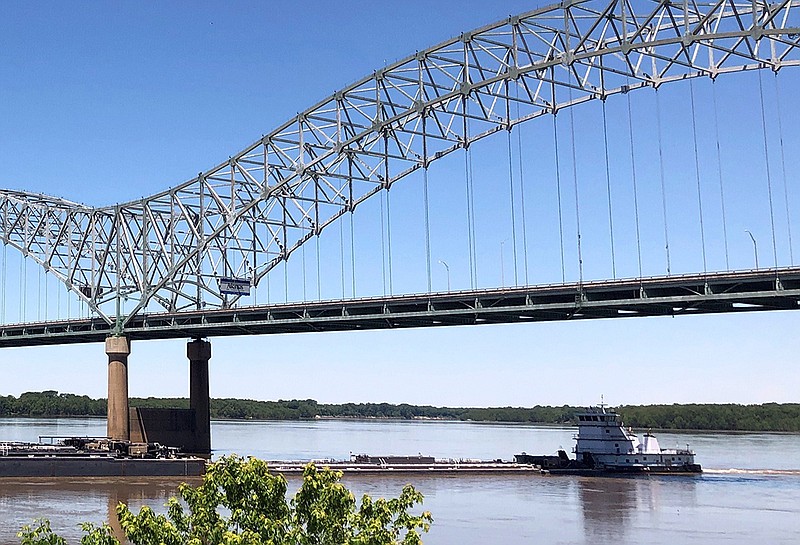 A veteran Arkansas Department of Transportation employee whose team missed a potentially catastrophic fracture in a load-bearing beam on the Interstate 40 Mississippi River bridge at Memphis during inspections of the structure in 2019 and 2020 has been fired, the agency's top official said Monday.

The announcement came during a press briefing following the closing last week of the bridge after the crack was discovered by a contracted inspection team. The department did not disclose a timeline for reopening the bridge.

The unidentified employee, who has worked for the department for approximately 15 years, was placed on leave Friday after a review of drone video from May 2019 confirmed the existence of the crack before the bridge superstructure and substructure inspections were conducted in September 2019 and September 2020.

He was fired on Monday morning after an investigation that lasted throughout the weekend, said Lorie Tudor, the department director. The results of the investigation, which is continuing, has been referred to federal authorities for potential criminal charges, she said.

The development came as the Tennessee Department of Transportation prepared to select a contractor that could begin work to repair the bridge, Arkansas agency officials said. The contractor will initially stabilize the bridge with metal plates that already are being fabricated. A longer-term fix continues to be refined. Traffic won't return the bridge until the longer-term fix, which involves replacing the fractured beam. A timeline could be announced this week.

Arkansas Department of Transportation officials are scheduled to give a 1 p.m. update on the Interstate 40 Mississippi River bridge at Memphis.

[Video not showing up above? Click here to watch » https://www.youtube.com/watch?v=rAtuWNDttvk]