Experts suggest poor quality could negatively affect resources available to areas by The Associated Press | May 17, 2021 at 2:00 a.m. 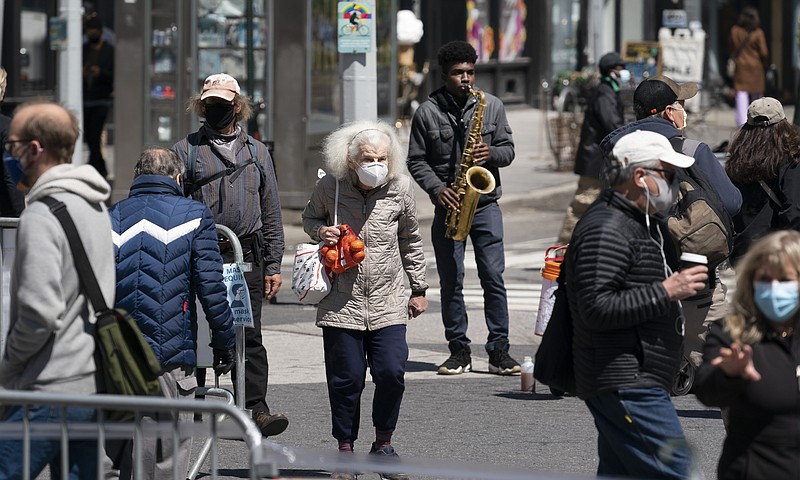 People walk on the street, Monday, April 26, 2021 in New York. The once-a-decade head count of the United States shows where the population grew during the past 10 years and where it shrank. New York will lose one seat in Congress as a result of national population shifts, according to census data released Monday. (AP Photo/Mark Lennihan)

An Associated Press review of the first data-quality measurements released by the U.S. Census Bureau last month shows some early patterns that may point to red flags in the data that could emerge when more detailed numbers from the 2020 census are released in August, experts say.

The review found that in Alaska, West Virginia and other mostly rural states, census takers relied more on the word of neighbors, landlords and others for information about a home's residents. In New Jersey, New York and other more densely populated states in the Mid-Atlantic region, they were more likely to come away from a household lacking basic information on race, sex and ethnic background.

While it's too early to reach any conclusions about the accuracy of the data gathered during the once-a-decade head count, these types of responses -- a reliance on proxies for answers and just a head count with no basic demographic information -- result in poorer quality data compared to other methods.

Poor quality data can diminish the political power and resources available to communities across the U.S.: Children who are missed in the census deprive communities of money for building schools, and undercounting racial or ethnic minorities prevents them from forming minority-majority political districts.

The bureau released data quality measurements last month as part of an effort to engender confidence in the numbers following a head count challenged by the spread of the new coronavirus, concerns about politicization by the Trump administration and natural disasters. The bureau also is allowing a team of outside statisticians to perform quality checks.

Besides Alaska and West Virginia, other rural states that had the highest rates of household answers coming from proxies such as neighbors and landlords included Maine, Montana, Vermont and New Mexico. In these states, census takers relied on information from proxies for between almost a quarter and a third of households. Puerto Rico's rate was 37.3%.

Nationally, the rate was 18.2%, a little less than the 2010 rate of 19.5%, but the bureau for the first time used administrative records in 2020, which helped fill in some of those information gaps.

These same states and Puerto Rico are also places where large numbers of households got counted from a bureau operation geared towards rural and remote communities that often lack mail delivery at their homes. Known as "Update/Leave," it involved census takers dropping off paper questionnaires at homes. The operation's launch coincided with the coronavirus outbreak in the U.S. in March 2020, and was suspended for two months as the pandemic spread.

While it's too early to reach any conclusions about the fairness or accuracy of the 2020 count, the correlation between the high use of proxies and the fact these states had large numbers of households covered by this operation "raises an important red flag that needs to be examined further," said Steven Romalewski, director of the CUNY Mapping Service.

When it came to households where census takers only got a head count without demographic information, the national rate was a 5.9%. But it was higher for states in the Mid-Atlantic region, some with the nation's highest population densities, as well as the District of Columbia. It ranged between almost 8% and 12% for the District of Columbia, New York, Illinois, New Jersey, Maryland and Delaware.

In a statement, the Census Bureau confirmed the findings of the AP review. In 2010, those mostly rural states also had higher rates of proxy responses compared to other states. Residents in these states tend to self-respond at lower rates, requiring census takers to visit their homes, said Mike Bentley, the bureau's assistant division chief for Census Statistical Support.

Regarding the higher head count-only responses in the Mid-Atlantic states, Bentley said, "It is something that we are exploring further." 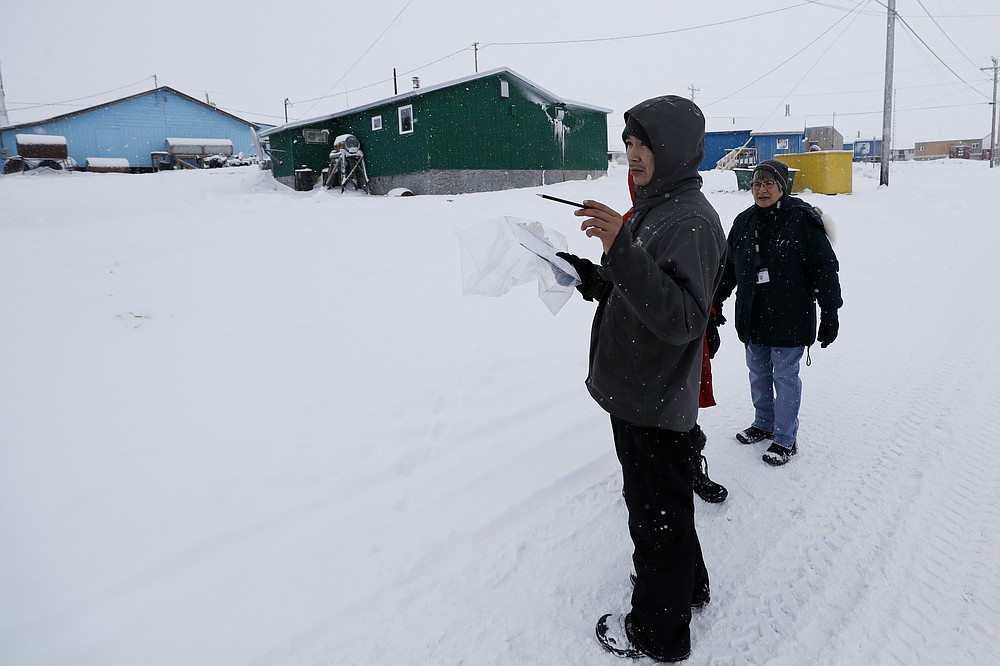 FILE - In this Jan. 20, 2020, file photo, census workers verify that their maps match up to the right amount of houses in Toksook Bay, Alaska, a mostly Yup'ik village on the edge of the Bering Sea. Alaska's population grew by 23,160 people, or 3.3%, in the last decade, according to the first numbers released Monday for the 2020 Census. (AP Photo/Gregory Bull, File) 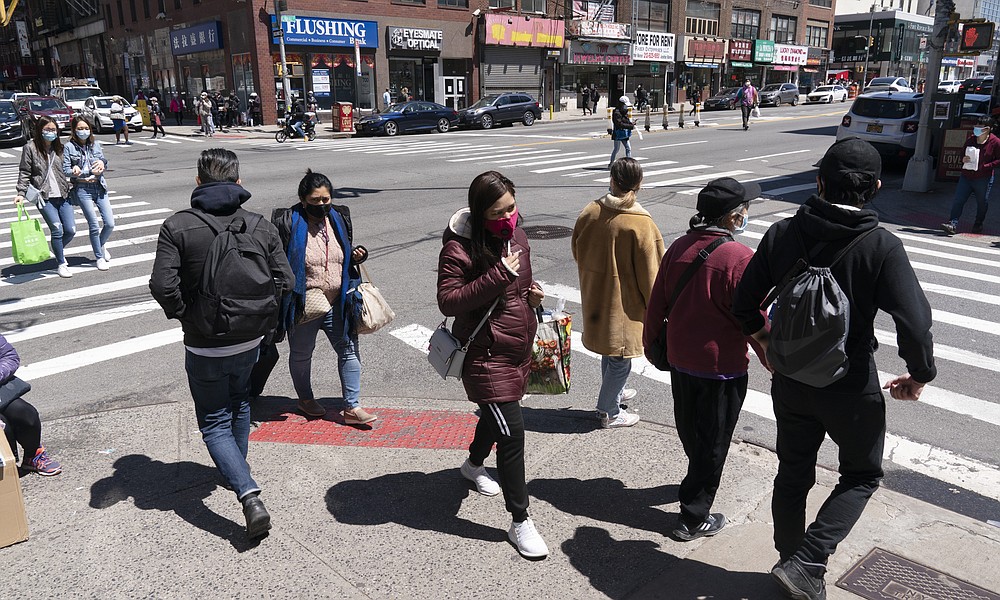 People walk on the street, Monday, April 26, 2021 in New York. The once-a-decade head count of the United States shows where the population grew during the past 10 years and where it shrank. New York will lose one seat in Congress as a result of national population shifts, according to census data released Monday. (AP Photo/Mark Lennihan)
ADVERTISEMENT