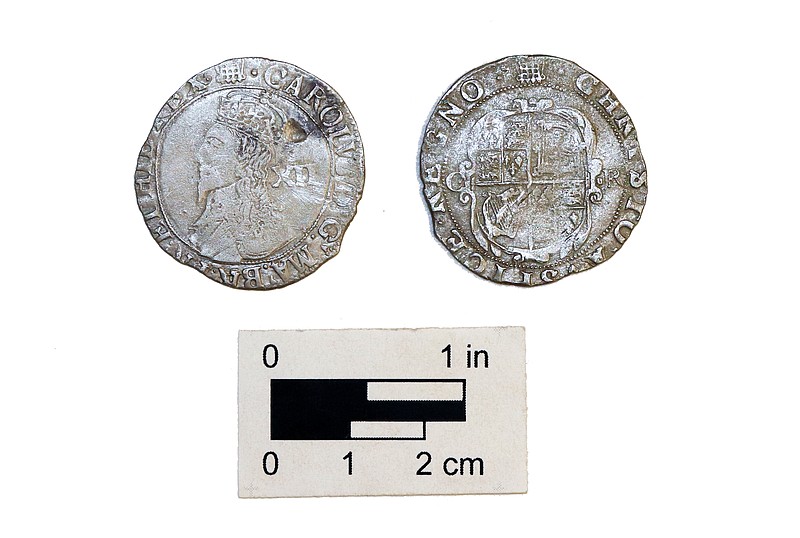 A silver English shilling found during a dig in St. Mary’s, Md., is more proof that archaeologists have pinpointed the correct location of an old fort. (Courtesy of Historic St. Mary’s City)

It was a silver shilling, bearing the likeness of the doomed King Charles I, and one day three centuries ago, someone lost it inside the Maryland colonial fort at St. Mary's.

It was an elegant coin, showing the crowned king in profile with goatee and lace collar. It was probably missed by its owner, and probably searched for, in vain.

In late April archaeologists announced that, about 380 years after it was lost, it turned up during the historic dig that recently uncovered the outlines of the fort at the first permanent English settlement in Maryland.

The shilling had been struck in the royal mint in the Tower of London about 1633 or 1634, chief project archaeologist Travis Parno said April 30.

And it may have been carried by one of the original 150 colonists who arrived at St. Mary's on two ships, the Ark and the Dove, in March 1634.

The discovery is rare, Parno said, and further proof that the archaeologists have correctly pinpointed the fort's location.

"It nailed our site date exactly," he said. The shilling has a mint mark — a tiny image of a castle portcullis — that dates it.

"We don't find a lot of coinage," he said. "We don't have any shilling that matches this one exactly. To find one that's that early is a unique thing for us ... It was quite a revelation."

The coin's owner might have been a person of means: "To have currency with you, particularly a full silver shilling, it's not like someone carrying around a few copper farthings ... But it's really impossible to know."

A shilling in those days was valuable, but not that valuable, Parno said. It might buy some pottery. Five shillings or so might buy a tool.

"It's not like carrying around a gold doubloon," he said. 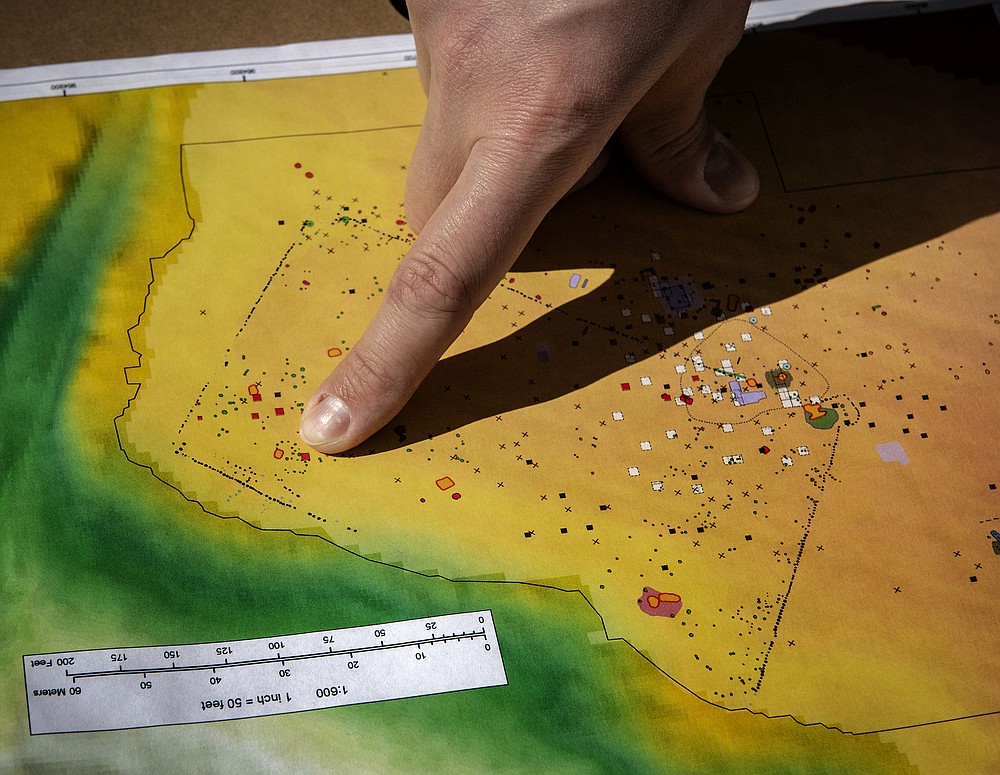 On March 22, Historic St. Mary's City announced that Parno and archaeological geophysicist Tim Horsley had found the remnants of the post holes for the fort's palisade, which marked one of the earliest settlements in what would become the United States.

The shilling may predate the later use of tobacco as currency in Maryland, which happened after the colony established tobacco as a cash crop, Parno said.

And it is a connection between the frontier world of early Maryland and the political turbulence in 1600s England.

Charles was beheaded in 1649 after several years of civil war and a bloody power struggle with the English Parliament.

The shilling was found in November by archaeologist crew chief Stephanie Stevens, Parno said. She texted him a picture of the coin, adding the expression "OMG!," he said.

He texted back with an expletive and then, "Sorry. Wow."

The discovery was kept under wraps for safekeeping while the coin was studied. It was unveiled April 28 when Maryland Gov. Larry Hogan visited the site.

The reverse side of the coin shows a coat of arms and the Latin motto "Christo Auspice Regno" — I Reign Under the Auspices of Christ.

Also unveiled then was an old Catholic religious medal depicting five saints and a "tinkling cone," a small copper alloy decoration probably made by Europeans for trade with American Indians. Those items were unearthed a few weeks ago.