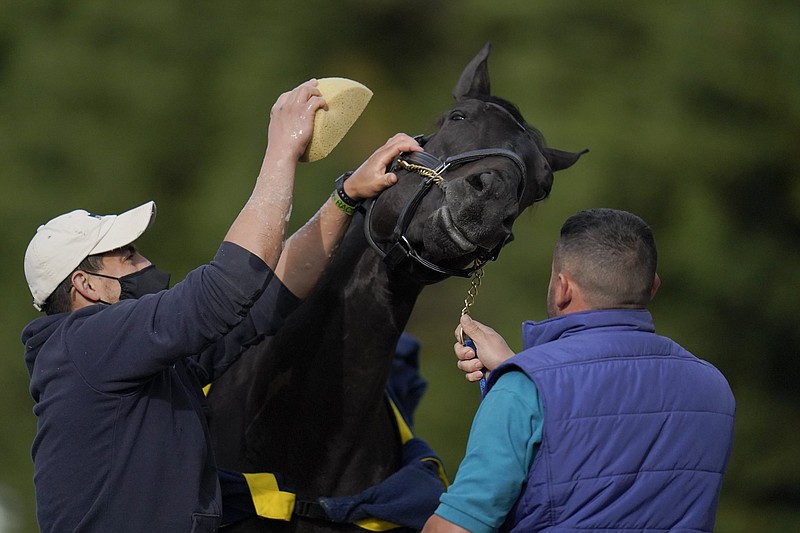 Kentucky Derby winner Medina Spirit is bathed Wednesday after a workout ahead of today’s Preakness Stakes at Pimlico Race Course in Baltimore. The colt, trained by Bob Baffert, was cleared Friday to run in the second leg of the Triple Crown. More photos at arkansasonline.com/515pimlico/ (AP/Julio Cortez)

BALTIMORE -- Fans are back at Pimlico Race Course to witness another chance at a Triple Crown.

The Preakness will feel somewhat back to normal, even if everything carries a giant asterisk.

The limited capacity of 10,000 fans expected today is far less than the crowd of 100,000 that usually packs the grandstand and infield, and is a fraction of the 50,000 who saw Medina Spirit win the Kentucky Derby at Churchill Downs two weeks ago. The Bob Baffert-trained colt was cleared Friday to run in the second leg of the Triple Crown after failing a post-Derby drug test.

All eyes are on the Preakness to see what will happen next in horse racing's latest chapter of drama.

"If Medina Spirit goes and wins the Preakness, the general public is going to just immediately say, 'Oh, well, look, there's still something funny going on,' " NBC Sports betting analyst Matt Bernier said. "If he doesn't run well for whatever reason, the general public will still look at it and say, 'See, something funny was going on in the Kentucky Derby.' It's a no-win situation for Bob Baffert, for everyone involved with the horse and for the industry as a whole."

Gallery: Preparing for the Preakness

Because of the presence of the Derby winner with a Triple Crown still possible when the starting gates open, the Preakness is usually the safest bet on the sport's calendar. The past two years broke that trend: The races were out of order in 2020 because of the pandemic, and the 2019 Preakness came out on the short end of the Derby mess after first-place finisher Maximum Security was disqualified and Country House was named the winner -- though both horses skipped the Preakness.

Medina Spirit is a tainted champion after 21 picograms of the steroid betamethasone in his post-race blood sample May 1. But he'll get another opportunity in the Preakness after he and stablemate Concert Tour passed three additional pre-race drug tests agreed to by Baffert and Maryland racing officials.

"While we acknowledge the challenging circumstances that prompted this further need for transparency, it reflects, above all else, that the principles of integrity, accountability and safety in our sport are non-negotiable." said Craig Fravel, CEO of 1/ST Racing, a branding arm of the Stronach Group that owns Pimlico Race Course.

Medina Spirit opened as the 9-5 morning-line favorite and Concert Tour the 5-2 second choice. By Friday evening, Midnight Bourbon had become the 5-2 favorite.

"I've got people calling me [saying], 'I really like your horse,' " owner Ron Winchell of Winchell Thoroughbreds said of Midnight Bourbon. "It's hard not to be overly optimistic."

Aside from the circus surrounding Medina Spirt and Baffert -- who is not in Baltimore and has left assistant Jimmy Barnes in charge -- there is plenty of optimism about 10 horses running in front of fans again at the Preakness. It may not be a full-out party like the Derby and won't feature a jammed infield, but the Black-Eyed Susan drinks will be flowing again at Pimlico.

"Welcome, to say the least," said Steve Asmussen, who trains Midnight Bourbon. "It was such a rush of get back during the Derby this year. We just hadn't had fans or anything, and you almost weren't ready for it. But the energy level leading up to the race, during the race, wow, it was so welcome. And we needed it."

The short turnaround from the last Preakness on Oct. 3 gave Barnes less time to recover from a broken right hand after a paddock accident at the Kentucky Derby on Sept. 5. He's just glad to be back doing his job and doesn't mind filling in for Baffert.

"I'm used to it," Barnes said. "I travel all the time. I'm always on the road, and if Bob's there sometimes, great. If Bob can't make it, then I just have to pick up the slack and just march on and try to do my best and try to produce a win."

Aside from the out-of-order 2020 Triple Crown, Baffert-trained Derby winners are undefeated in the Preakness. The previous two, Justify in 2018 and American Pharoah in 2015, went on to win the Belmont.

"The Derby's the hardest race to get through to begin with," Barnes said. "To get here, I don't know. It seems like the horses that run well in the Derby really show up here. At least every one of ours has."

Baffert's Authentic lost a stretch duel to filly Swiss Skydiver in the first October Preakness with no fans in attendance. 1/ST Racing chief marketing officer David Wilson said that didn't feel right and is hopeful about a limited-capacity Preakness this year and a bright future.

"It just felt strange," he said. "It's going to be great to have fans back and we're kind of treading slowly. And I hope by Preakness 147, we'll have a packed house." 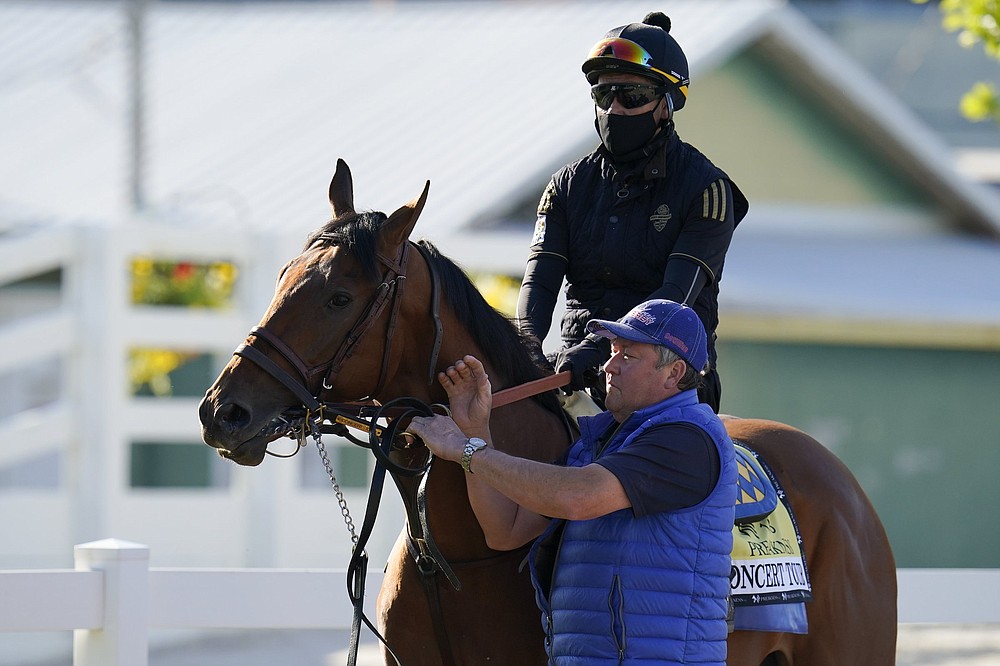 Concert Tour is walked to the track for a morning exercise Tuesday at Pimlico Race Course in Baltimore. Concert Tour was the 5-2 second choice in the morning-line odds. (AP/Julio Cortez) 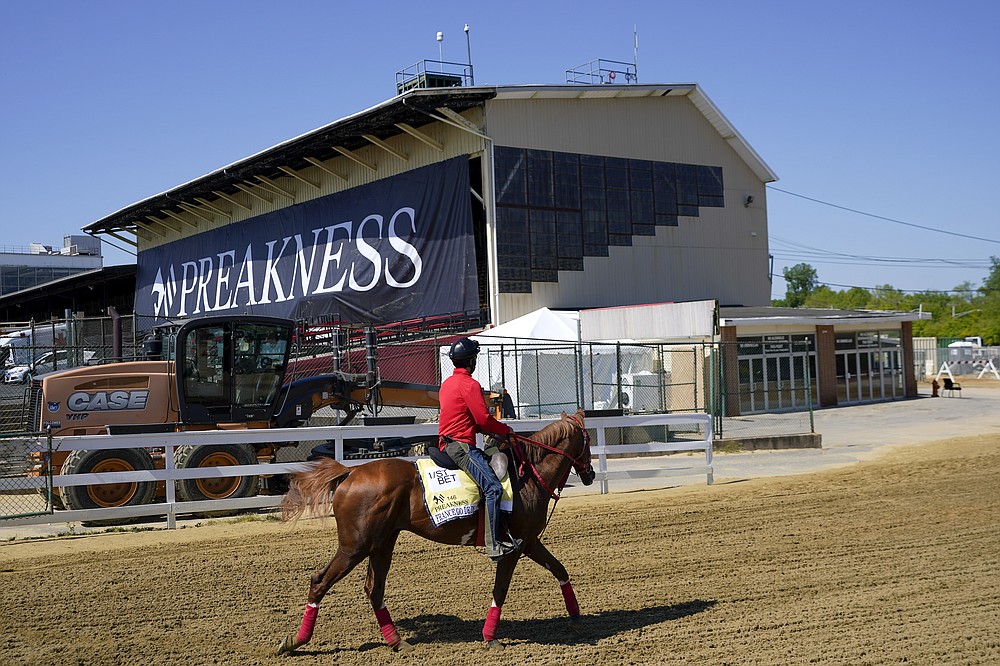 An exercise ride works out with France Go De Ina during a morning workout at Pimlico Race Course ahead of the Preakness Stakes horse race, Tuesday, May 11, 2021, in Baltimore. (AP Photo/Julio Cortez) 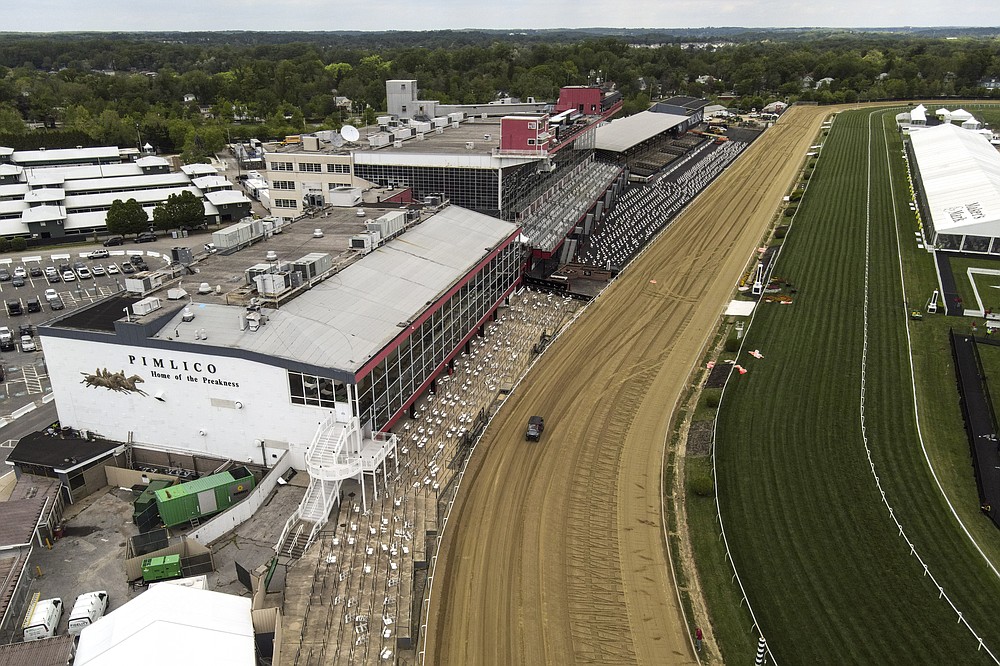 The first turn is seen at Pimlico Race Course ahead of the Preakness Stakes horse race, Tuesday, May 11, 2021, in Baltimore. (AP Photo/Julio Cortez) 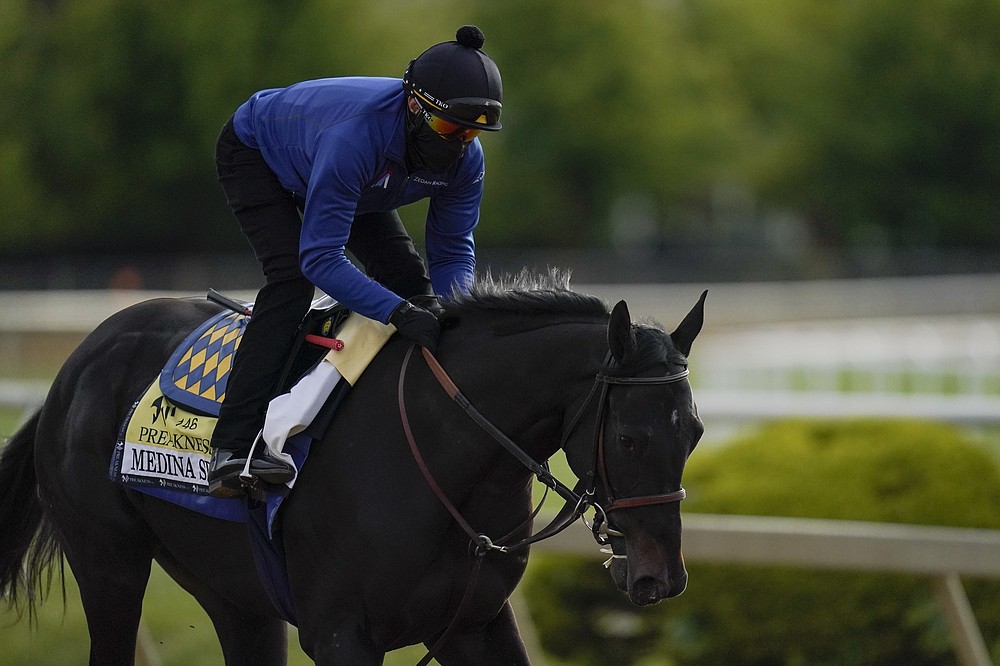 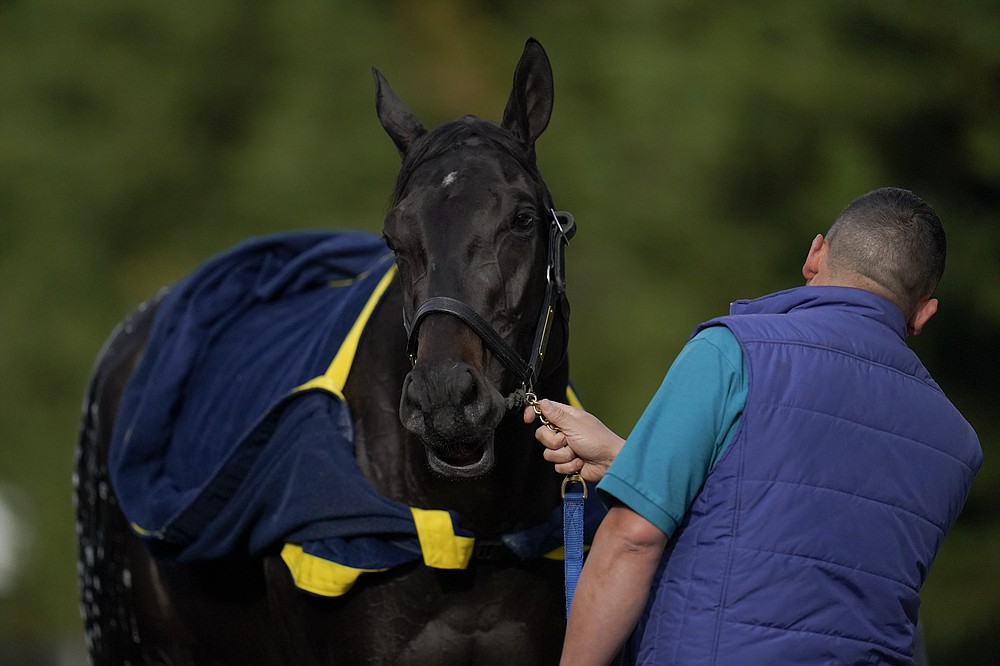 Kentucky Derby winner and Preakness entrant Medina Spirit is bathed after a workout ahead of the Preakness Stakes horse race at Pimlico Race Course, Wednesday, May 12, 2021, in Baltimore. (AP Photo/Julio Cortez) 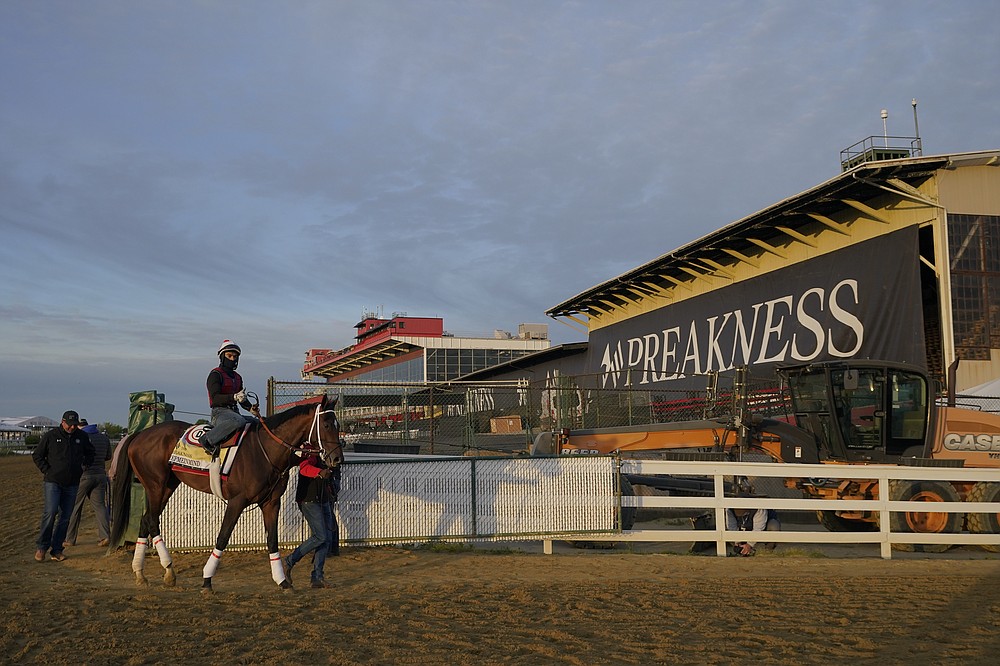 Preakness entrant Keepmeinmind leaves the track after working out during a training session ahead of the Preakness Stakes horse race at Pimlico Race Course, Wednesday, May 12, 2021, in Baltimore. (AP Photo/Julio Cortez)
ADVERTISEMENT