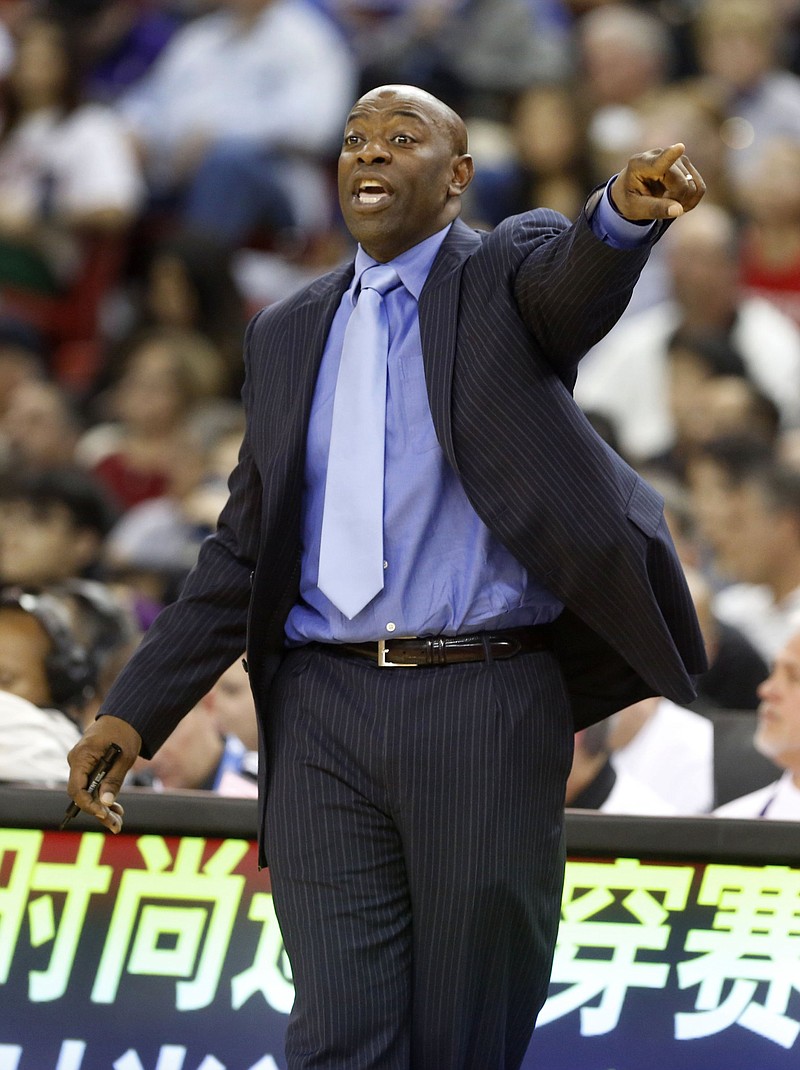 Keith Smart’s hire completed Arkansas Coach Eric Musselman’s staff with the Razorbacks for the 2021-22 season. Smart’s contract will include an annual salary of $200,000. (AP file photo)

FAYETTEVILLE -- Keith Smart, a former NBA head coach hired as a University of Arkansas assistant coach, will be paid an annual salary of $200,000, according to his letter of agreement with the UA, which was obtained by the Arkansas Democrat-Gazette through a Freedom of Information request.

Smart also will receive an annual $6,000 car stipend as a 12-month appointed employee as part of an agreement which is renewable each year.

The compensation for Smart, whose hiring was announced Wednesday by Razorbacks Coach Eric Musselman, is the same as Gus Argenal received when he was hired as an Arkansas assistant coach last week after serving two seasons in the same job at Cal State Fullerton.

Clay Moser, the Razorbacks' other assistant coach who has been with Musselman both of his seasons at Arkansas, also is paid $200,000 annually.

The hiring of Argenal and Smart complete Musselman's staff. They filled openings resulting from the departures of Corey Williams and David Patrick, who left to become assistant coaches in the Big 12 at Texas Tech and Oklahoma, respectively.

Moser, Argenal and Smart all worked with Musselman previously, and Smart also played for him in the CBA.

Moser worked with Musselman in the NBA with the Golden State Warriors and Sacramento Kings and in the D-League -- formerly the CBA and now known as the G-League because of Gatorade's ownership -- with the Reno Bighorns.

Argenal was an assistant coach at Nevada for Musselman.

Smart played for Musselman in the CBA with the Rapid City Thrillers and Florida Beachdogs and also was an assistant for him with Golden State.

Musselman and Smart both were NBA head coaches with Golden State and Sacramento. Smart additionally was a head coach with the Cleveland Cavaliers.

Smart, 56, began his coaching career in the CBA in 1997 as coach of the Fort Wayne Fury for three seasons and then spent 19 seasons as an NBA assistant or head coach. In addition to his three NBA head coaching jobs, he also was an assistant with Cleveland, Golden State, Sacramento, the Miami Heat, Memphis Grizzlies and New York Knicks. His last coaching job had been with the Knicks during the 2018-19 season.