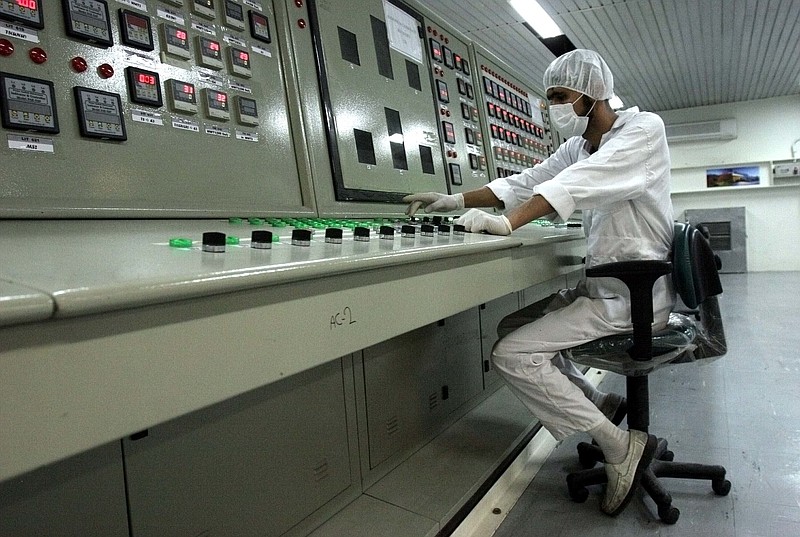 FILE - In this Feb. 3, 2007 file photo, a technician works at the Uranium Conversion Facility just outside the city of Isfahan, Iran, 255 miles (410 kilometers) south of the capital Tehran. The United Nations’ atomic watchdog says Iran has enriched uranium to slightly higher purity than previously thought due to “fluctuations” in the process in a report that underscores the challenges diplomats face in ongoing talks to bring the United States back into the nuclear deal with Tehran. (AP Photo/Vahid Salemi, File)

BERLIN -- Iran has enriched uranium to slightly higher purity than previously thought because of "fluctuations" in the process, the United Nations' atomic watchdog said Wednesday.

The report underscores the challenges diplomats face in ongoing talks, that began in April, to bring the United States back into the 2015 nuclear deal with Tehran, which is supported by President Joe Biden.

The initial announcement from Iran that it would start enriching to 60% -- which is not weapon's grade but its highest purity yet -- was made just as the talks were to begin in Vienna. Rafael Grossi, director-general of the International Atomic Energy Agency, reported to member agencies Tuesday that the latest inspections confirmed Iran continues to enrich uranium at up to 60% purity in its Natanz plant.

Additionally, samples taken April 22 "showed an enrichment level of up to 63% ... consistent with fluctuations of the enrichment levels experienced in the mode of production at that time," the agency said.

The agency added that on Monday inspectors had "verified that Iran had again changed the mode of production" by which it was producing uranium enriched to 60% purity.

Iran has been steadily violating the restrictions of the landmark 2015 deal after then-President Donald Trump pulled the U.S. out unilaterally in 2018 and reimposed crippling sanctions. The deal promised Iran economic incentives in exchanges for curbs on its nuclear program.

Iran has intended the violations to pressure the other nations involved -- Germany, France, Britain, China and Russia -- into finding ways to offset the U.S. sanctions, so far unsuccessfully.

The U.S. is not at the table for the talks that began in April, but the other members of the nuclear deal, known as the Joint Comprehensive Plan of Action, have been shuttling between an American delegation also in Vienna and the Iranian delegation.

The pact is meant to prevent Iran from obtaining a nuclear bomb, something the country insists it does not want to do. The government in Tehran has said that it is prepared to reverse all of its violations but that Washington must remove all sanctions imposed under Trump -- including measures imposed over issues not related to its nuclear program.

In addition to exceeding the purity of uranium enrichment past the 3.67% allowed, Iranian violations of the nuclear deal have included installing more advanced centrifuges and stockpiling more enriched uranium than permitted.

The U.S. has insisted that Iran must return to full compliance, but just how that would be carried out is still being discussed.

Despite its violations of all major restrictions of the nuclear deal, the other countries involved have insisted that it has been worth preserving, if nothing else because it has meant atomic-agency inspectors have been able to continue monitoring Iran's nuclear program.

Iran in February began restricting international inspections of its nuclear facilities, but under a last-minute deal worked out on Feb. 21 during a trip to Tehran by Grossi, some access was preserved.

Under the agreement, Iran said that it no longer would provide surveillance footage of its nuclear facilities with the U.N. agency but promised to preserve the tapes for three months.

It then will hand them over to the agency if it is granted sanctions relief. Otherwise, Iran has vowed to erase the recordings.

May 21 represents the end of that three-month window, though there has been some suggestion Iran may extend the deadline if it is satisfied with the progress of the Vienna talks.

Information for this article was contributed by Amir Vahdat of The Associated Press. 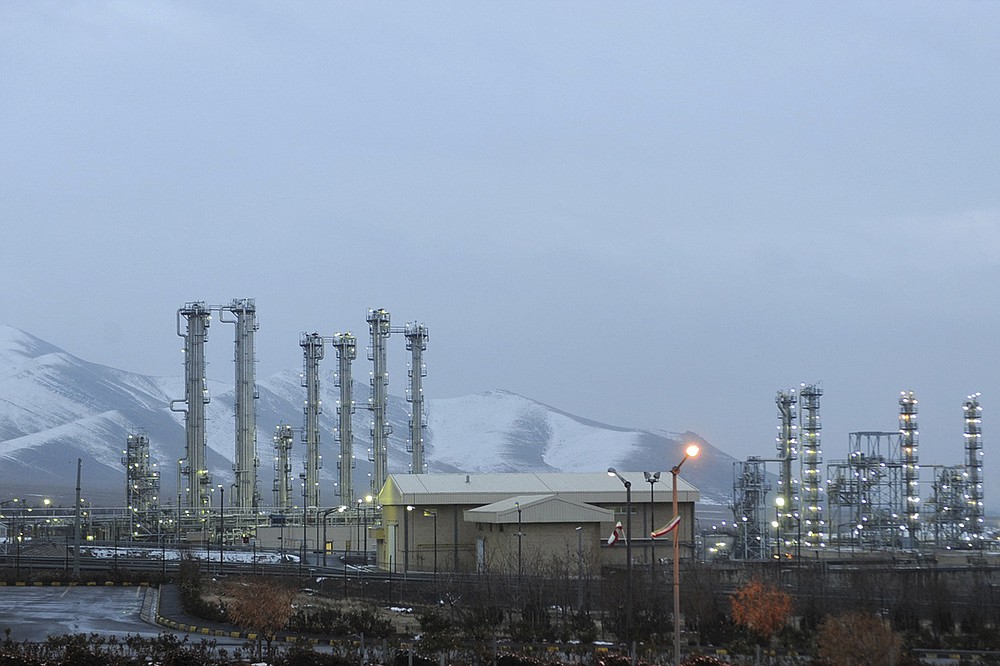 FILE - This Jan. 15, 2011 file photo shows Arak heavy water nuclear facilities, near the central city of Arak, 150 miles (250 kilometers) southwest of the capital Tehran, Iran. The United Nations’ atomic watchdog says Iran has enriched uranium to slightly higher purity than previously thought due to “fluctuations” in the process in a report that underscores the challenges diplomats face in ongoing talks to bring the United States back into the nuclear deal with Tehran. (AP Photo/ISNA, Hamid Foroutan, File)
ADVERTISEMENT