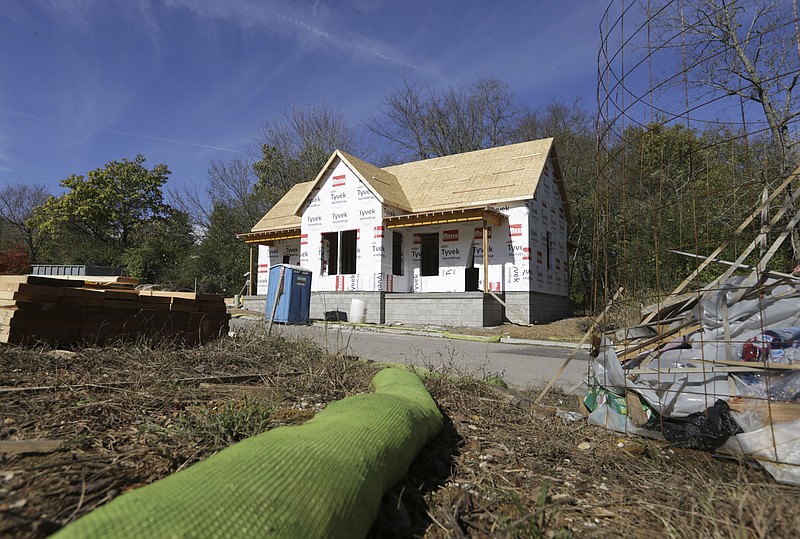 FAYETTEVILLE -- The nonprofit behind a mixed-income neighborhood project in the south part of town received a $2 million grant from the Walton Family Foundation to expand its model throughout the region.

The foundation is providing the grant to Partners for Better Housing to grow its Pay It Forward financing program to new mixed-income neighborhoods, according to a news release issued Tuesday.

Partners for Better Housing is using the program to develop an 80-home neighborhood on about 9 acres east of Washington Avenue near Ninth Street called Willow Bend.

The program offers financing for one-third of the homes at Willow Bend to people who make below 80% median family income for the Fayetteville-Springdale-Rogers metropolitan area. Median income for a family of four in Northwest Arkansas is $73,600, according to the U.S. Department of Housing and Urban Development. Eighty percent of that is $58,900.

Another one-third of the homes will be reserved for buyers earning 80-100% median income. The final one-third will be sold to buyers of any income level. All buyers will use traditional mortgage financing options.

Even though all of the homes will be sold at market rate, those who qualify for the Pay It Forward program will be eligible for $35,000 in down-payment assistance that will function like an interest-free loan. The assistance will lower monthly payments.

In turn, the buyer will agree to pay the $35,000 back upon resale or within 30 years. Partners for Better Housing will reserve the first right of refusal if a home is to be sold. Home-value appreciation will be capped at 2% annually to ensure affordability for the next buyer.

Partners for Better Housing started accepting applications for Willow Bend in late October. In 2016, the Fayetteville City Council agreed to provide $1 million in infrastructure costs such as streets, drainage and water and sewer lines to help lower the overall $22 million construction cost.

The $2 million grant from the Walton Family Foundation will help Partners expand its efforts regionally and hire staff to advocate for improved housing regulations, the release states.

The Northwest Arkansas Council in March announced the creation of its workforce housing center with backing from the Walton Family Foundation. The center will collaborate with organizations and nonprofits such as Partners for Better Housing, cities and developers to tackle the region's housing needs and set priorities.

The 2019 Our Housing Future study from the foundation projects 80,000 households collectively will move to Fayetteville, Springdale, Rogers and Bentonville by 2040. The region needs to build about 2,900 units per year to keep up, but the four cities averaged 1,400 units annually from 2010 to 2016, according to the study.

The latest Arvest Bank Skyline Report published this month from the University of Arkansas Center for Business and Economic Research showed record home sales prices in Washington and Benton counties along with a low inventory of homes on the market.