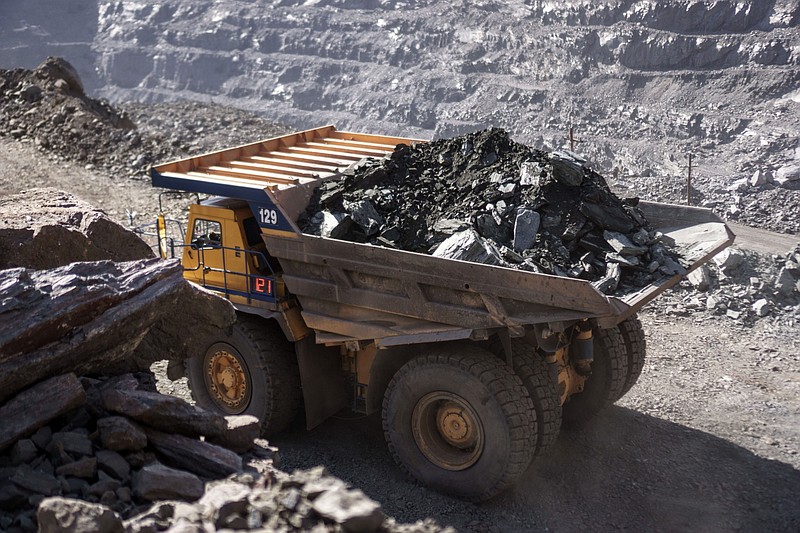 A dump truck transports iron ore at the open pit mine, operated by ArcelorMittal, in Kryvyi Rih, Ukraine, on March 6, 2019. MUST CREDIT: Bloomberg photo by Vincent Mundy.

A surge in steel consumption as the world emerges from its pandemic-induced slump is set to drive iron ore to an unprecedented high as the biggest miners struggle to keep up with the frenzied pace of demand.

Expectations are building that benchmark prices can get to $200 a ton -- topping the record $194 hit more than a decade ago -- as Chinese steelmakers ramp up production in defiance of government attempts to rein in output to control the industry's carbon emissions. That's tightening an iron ore market that hadn't fully recovered from a supply shock more than two years ago.

"Iron ore prices could go higher in the short-term and exceeding $200 a ton is definitely possible," said Kim Christie, a senior analyst at consultancy Wood Mackenzie.

It would only take extra supply concerns or additional strength in Chinese steel production for prices to get there, she said. At the heart of spot iron ore's 14% climb last month, helping drive the supercharged commodities rally, has been rising steel prices from Asia to North America.

Particular focus has been on China, where the economy has boomed and a swath of measures aimed at cleaning up the world's biggest steel industry pushed mill profitability to the highest in more than a decade.

"What these high margins do is incentivize mills to build up stocks and to charge more high-grade ore to lift productivity," said Erik Hedborg​, principal analyst at CRU Group. "We have seen a bit of an 'additional iron ore demand' for the purpose of increasing inventories."

Iron ore futures on the Singapore Exchange advanced 0.4% to $186.50 a ton mid-week amid muting trading, with China shut for a holiday.

Mills typically turn to material with higher iron content during periods of steel production restrictions as a way to lower emissions. Morgan Stanley has called China's supply reforms a possible "game changer" for demand for premium ore, with grade differentials unlikely to normalize any time soon.

Citigroup expects benchmark prices to hit $200 within weeks. There will be a deficit of 18 million tons during the first three quarters of 2021 amid improved global steel demand and a slight miss in top miners' shipments. The bank had previously predicted a 1 million-ton surplus.

China is on track to make more than 1 billion tons of steel for the second year in a row despite production curbs in several provinces. The government's recent changes to rebates on export taxes are also unlikely to be sufficient to deter output, Christie said.

"If China wants to slow steel production, it needs to temper domestic demand" which is highly leveraged toward construction, she said. "We expect to see additional measures from the government aimed at cooling steel demand, especially in the property sector, and that will likely be the catalyst for a correction in iron ore prices."

Still, some market watchers have estimates for the second half of the year that are above $100 a ton. Citigroup has forecast a drop to that level only under its most bearish scenario, while WoodMac says prices won't get below that threshold for another 12 months.

"We do also see fundamentals potentially easing with Brazilian supply lifting as we continue into the year," said Dim Ariyasinghe, a research analyst at UBS Group. "Ultimately, while there is underlying steel demand and margins are positive, we expect to see continued strength in the iron ore price."