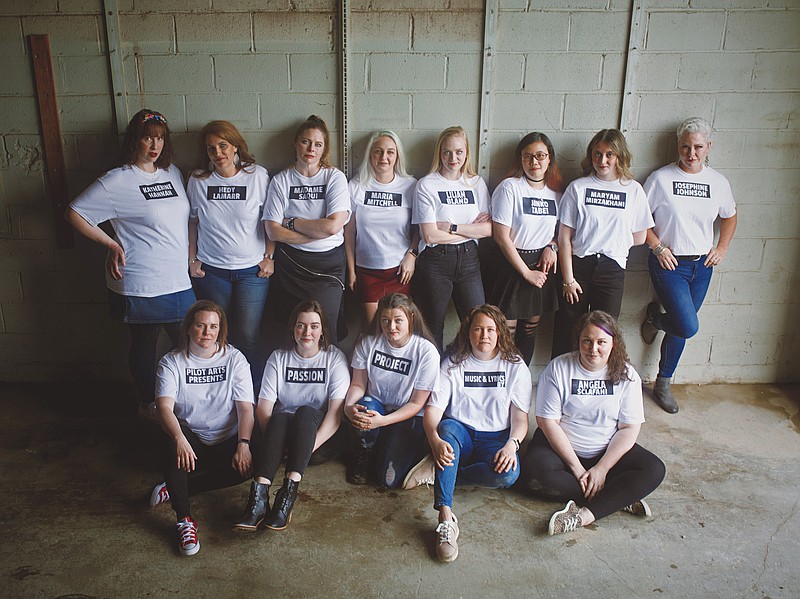 For Missy Gipson, founder and executive director of Pilot Arts Theatre, things seem like they're finally getting back to normal -- or, at least, the new normal. She and her cast -- all women -- are currently in rehearsals for "Passion Project," a song cycle written by Angela Sclafani that highlights the little-known achievements of 12 brilliant women and their groundbreaking work. This will be the first in-person performance presented by Pilot Arts since the pandemic began in March 2020.

"We had our first photo shoot and first rehearsal on Sunday night, and it was just really fun," says Gipson, her trademark infectious enthusiasm at a high point. "It was really fun for a bunch of women to just sit around, talking about the things they're starting to do, laughing and singing in front of each other. Getting up, singing solos and just being brave -- it was great. And, you know, it just felt right."

Sclafani's intense research introduces audiences to many names they may not have heard before, like Maria Mitchell, America's first female astronomer; Josephine Johnson, the youngest Pulitzer Prize winner and an anti-war, environmental and equality activist; and Noor Inayat Kahn, an Indian-American who joined the British Women's Auxiliary Air Force and trained as a "wireless operator."

"[Sclafani] basically picked these women that most of us have never heard about, researched them and wrote songs from their perspective," explains Gipson. "So, for example, Lillian Bland, who was one of the first female aviators to actually design and fully build her own airplane -- her song is literally to her airplane. All the songs are like that. They're all women singing to whatever their great passion was, and, for a lot of them, it was their work."

Gipson couldn't be more thrilled that Pilot Arts steps towards normalcy are starting with this project. After all, it's one she's been planning to do for a year now. She had actually figured out a way to shoot it at different locations and then stream it on the Internet. But when falling virus rates and rising numbers of vaccinated people meant live events were slowly kicking back into gear, she was delighted, because she felt the show was one that really needed to be performed in person. And when the turnout for auditions exceeded her expectations, she knew she had made the right decision.

"I thought, 'What if I do a one-night concert, and I limit the seating?'" she says. "And people could come if they felt comfortable? What if this was something I could manage to produce financially and see if there are people out there who want to perform, give them an outlet, because everyone has just been crawling up the walls? And I will tell you: The people came out to audition. It was an incredibly talented bevy of women."

In fact, the production's cast, crew and seven-piece band are all women from Northwest Arkansas.

And though most of the company's previous productions have been performed in the spacious confines of the Arkansas Air and Military Museum in south Fayetteville, Gipson says she knew that this show would require a more intimate space -- yet one that could provide high ceilings for plenty of air flow. "Passion Project" will be performed in the Fayette Junction Warehouse on Cato Springs Road.

"I've kind of wanted to expand what we were doing anyway, as far as spaces go," she explains. "I found this space when I was driving around, and, to be honest, I've had a crush on that building for a while because I love warehouses. We're bringing in a bunch of lighting, and we'll have our cool band, great singers and fun snacks. And, hopefully, it will be a good time."

As for most arts organizations, this past year has been a difficult one for Pilot Arts financially. Supporters of the theater can help out a little by springing for the Garden Party add-on event, where food, beverages and music will be the backdrop as the audience mingles with the cast. Additional financial support for the show is provided by Adventure Subaru.

"I'm an unknown, still," Gipson says. "People know about Pilot Arts, but it can still feel like a risk to sponsor a new arts organization and say, 'We believe in the work you're doing.' It's such a confidence booster. Adventure Subaru believes in supporting the arts in a massive way, and they believe in the smaller guy in town. They're amazing."

There's one more exciting thing about this particular production: The playwright will be present for the production.

"She's actually going to sing in the finale," says Gipson. "The cast is so excited. They're going to sing backup -- all the women, 18 voices, singing together."

In the end, Gipson says she's so glad her original plan to offer this production as a streaming event didn't work out -- because as people start to re-enter the world, they might need a little motivation.

"It's a really empowering show," she says. "We're in a moment where it's easy to question the things we're doing, because it's hard to get motivated, you know? So it's fun to look at people that have really incredible stories. That's where I get inspired. I think this show is awe inspiring." 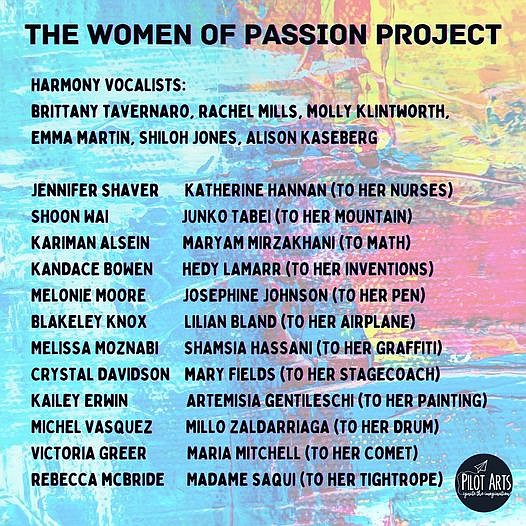 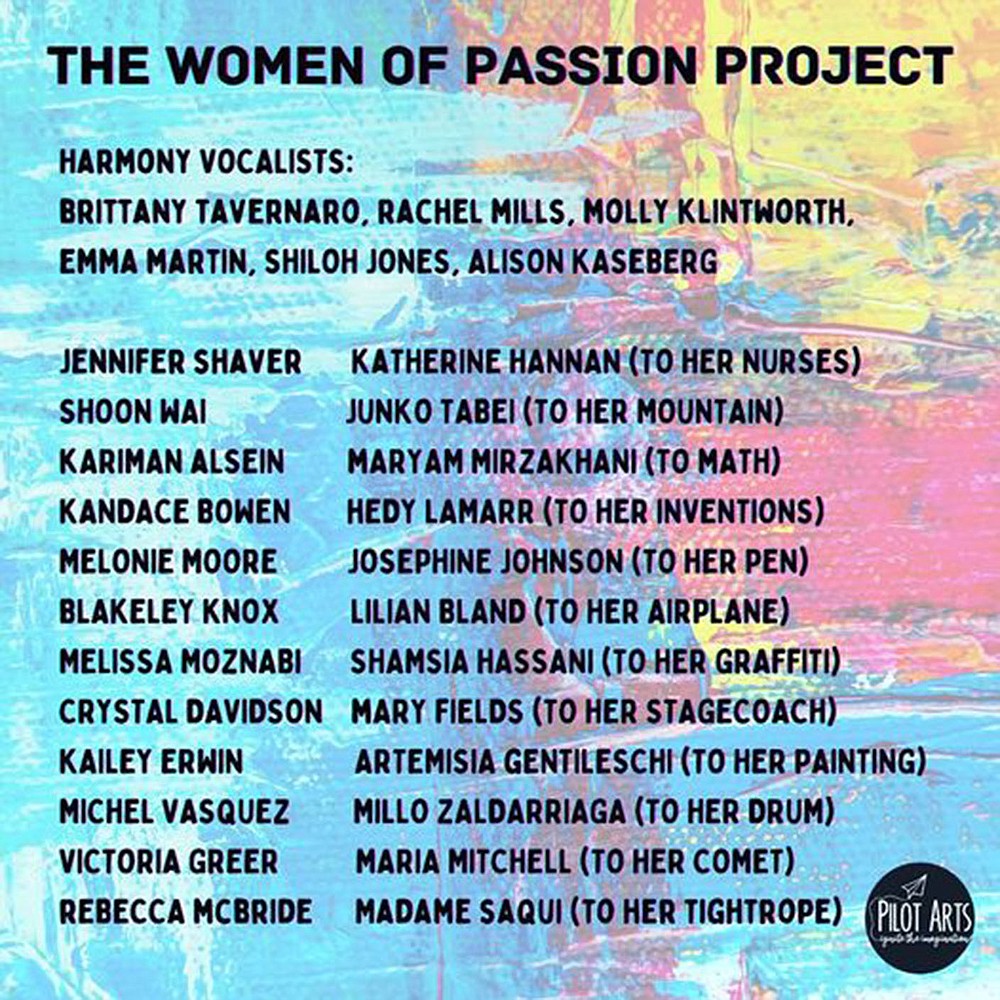 COVID PRECAUTIONS — Seating will be socially distanced. Masks are recommended per the city of Fayetteville mandate.