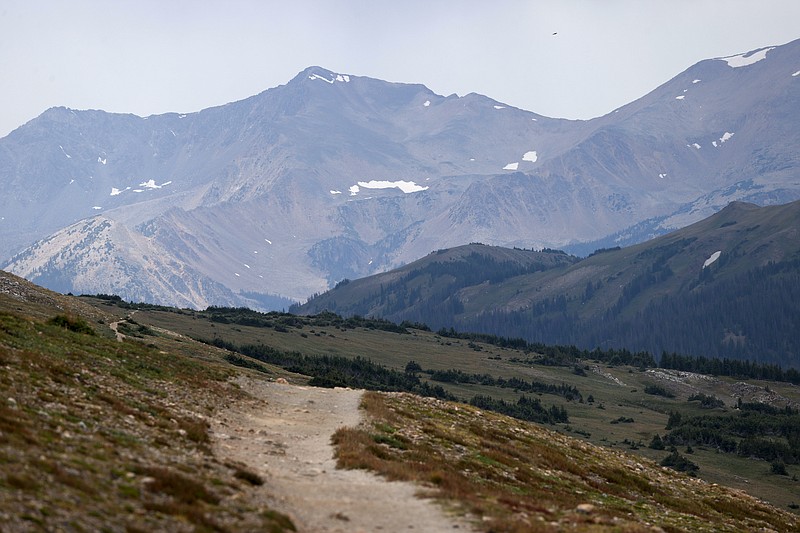 FILE - This Aug. 5, 2020, file photo shows a trail in Rocky Mountain National Park in Grand Lake, Colo. The Biden administration is outlining a plan to sharply increase conservation of public lands and waters over the next decade. A report to be issued Thursday recommends a series of steps to achieve a nationwide goal to conserve 30% of U.S. lands and waters by 2030. (AP Photo/David Zalubowski, File)

A report, titled "America the Beautiful," calls for a decadelong commitment on projects nationwide to make the conservation and restoration of lands and waters an urgent priority. The plan would purify drinking water, increase green space, improve access to outdoor recreation, restore healthy fisheries, reduce the risk of wildfires and recognize the "oversized contributions" of farmers, ranchers, forest owners, fishers, hunters, rural communities and tribal nations.

In the process, the effort will produce thousands of new jobs and a stronger economy while also addressing climate change and environmental justice, including expanded access to the outdoors for disadvantaged communities, the report said.

If successful, the plan will help slow global warming and preserve some of the nation's most scenic lands for future generations of Americans, the report said.

About 12% of the nation's lands and 25% of its waters are currently protected, according to research by the Center for American Progress, a left-leaning think tank.

Those areas include not just parks but also wilderness areas, game refuges, agricultural lands, forests, ranches and other sites with conservation easements.

The plan released Thursday recommends a series of actions, including expansion of a federal grant program to create parks, especially in cities and other "nature-deprived communities." The report also suggests grants for American Indian tribes to support tribal conservation priorities; expansion of fish and wildlife habitats and corridors; increased access for outdoor recreation; and creation of a "civilian climate corps" to work on conservation and restoration projects nationwide.

The plan follows through on a campaign promise by President Joe Biden and builds on the Great American Outdoors Act, a 2020 law that authorizes nearly $3 billion for conservation projects, outdoor recreation and maintenance of national parks and other public lands.

Even with that injection of federal dollars, the Biden plan relies heavily on voluntary conservation efforts by farmers, ranchers, forest owners and fishing communities.

No cost estimate for the project was provided. Much of the spending could be done through department budgets, as well as the 2020 outdoors law, the 2018 farm bill and Biden's proposed $2.3 trillion infrastructure plan, officials said.

"The president's challenge is a call to action to support locally led conservation and restoration efforts of all kinds and all over America, wherever communities wish to safeguard the lands and waters they know and love," the report says. "Doing so will not only protect our lands and waters but also boost our economy and support jobs nationwide."

"Nature plays an important role in improving resilience to climate change and creating a thriving economy," Haaland said at a news conference Thursday.

White House climate adviser Gina McCarthy said the Great Outdoors law, which bankrolls the popular Land and Water Conservation Fund and takes aim at a growing maintenance backlog at national parks, was a "down payment" on the conservation initiative. The law authorizes $900 million a year for that fund and an additional $1.9 billion per year for improvements at parks, forests, wildlife refuges and range lands.

"There are many tools available to us" to pay for the conservation program, McCarthy said. The report is only the "starting point" on a path to fulfill Biden's conservation vision, she and other officials said.

"Where this path leads over the next decade will be determined not by our agencies, but by the ideas and leadership of local communities," the Cabinet officials said in the report. "It is our job to listen, learn and provide support along the way to ... pass on healthy lands, waters and wildlife to the generations to come." 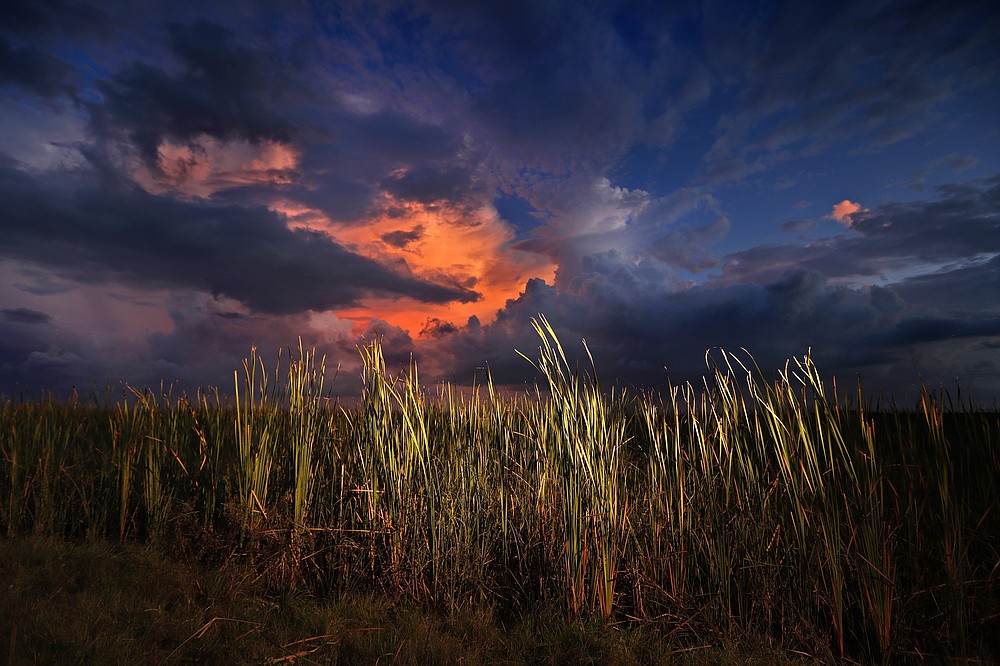 FILE - In this Oct. 20, 2019 photo, a clearing late-day storm adds drama in the sky over a sawgrass prairie in Everglades National Park in Florida. The Biden administration is outlining a plan to sharply increase conservation of public lands and waters over the next decade. A report to be issued Thursday recommends a series of steps to achieve a nationwide goal to conserve 30% of U.S. lands and waters by 2030. (AP Photo/Robert F. Bukaty, File) 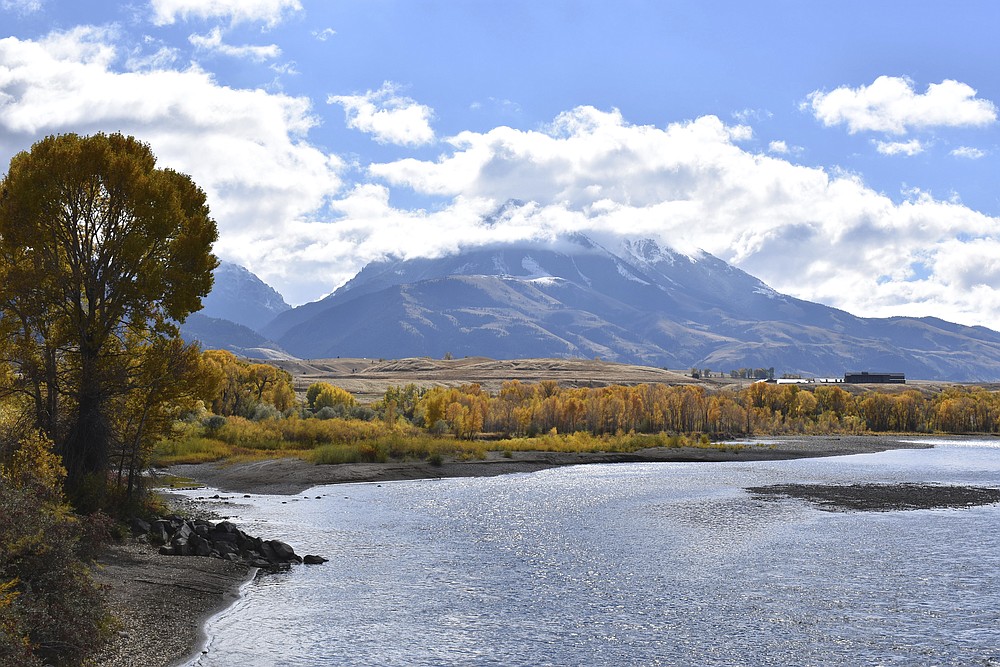 FILE - In this Oct. 8, 2018, file photo, Emigrant Peak is seen rising above the Paradise Valley and the Yellowstone River near Emigrant, Mont. The Biden administration has nominated a longtime environmental advocate and Democratic aide, Tracy Stone-Manning, to oversee roughly 250 million acres of public lands as director of the Bureau of Land Management. (AP Photo/Matthew Brown, File) 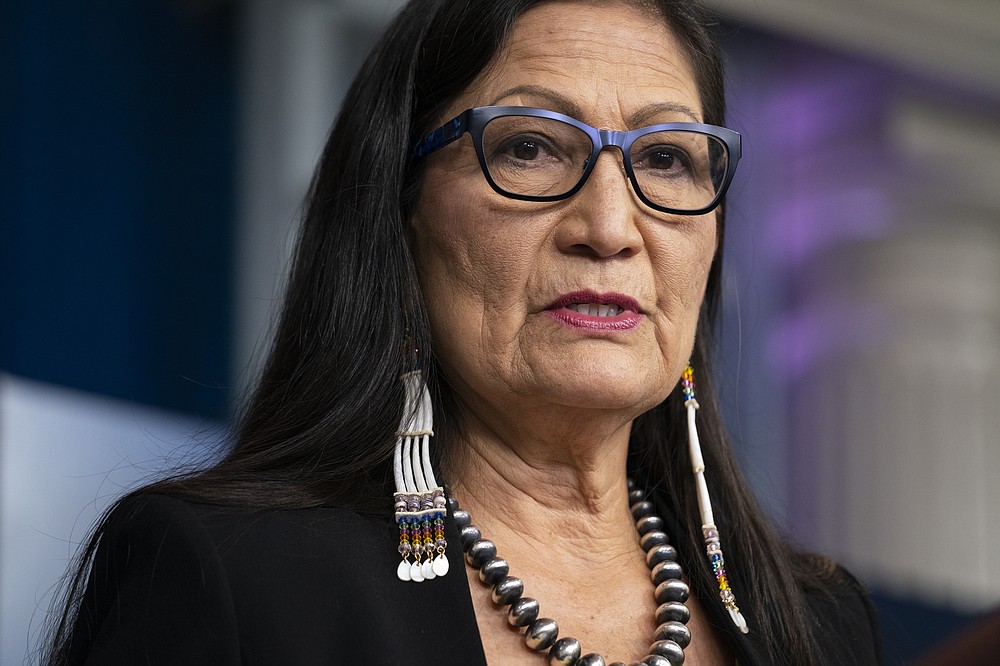 FILE - In this April 23, 2021, file photo, Interior Secretary Deb Haaland speaks during a press briefing at the White House in Washington. Haaland on Tuesday, April 27, 2021, announced steps intended to speed up the transfer of private lands into federal trust for the benefit of Native American tribes. (AP Photo/Evan Vucci, File) 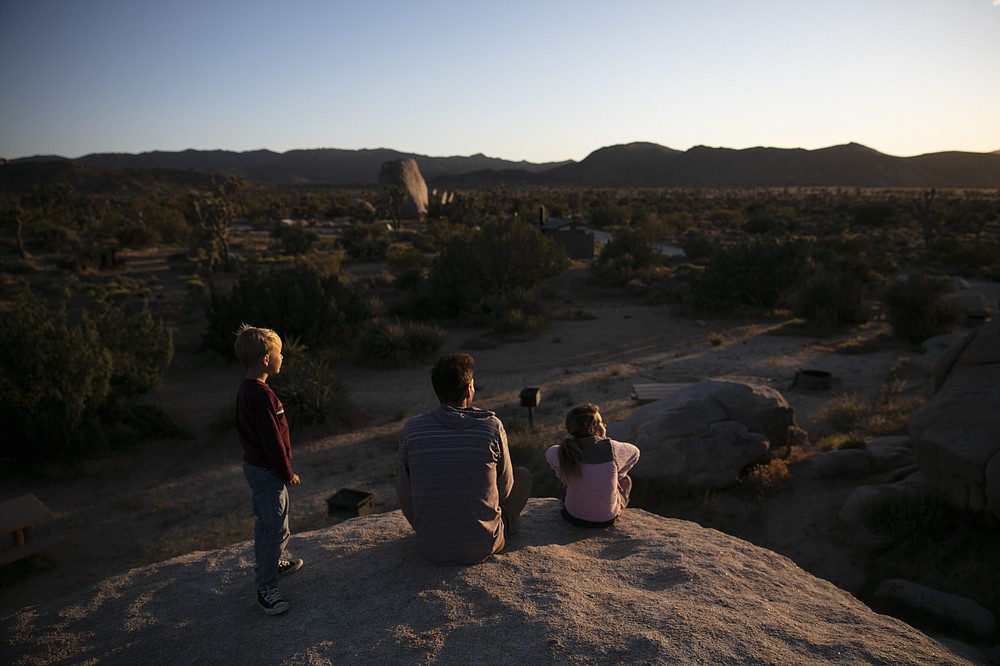 FILE - In this May 19, 2020, file photo Aaron Stubbs and his two children sit on a rock to watch sunset at Joshua Tree National Park in California. The Biden administration is outlining a plan to sharply increase conservation of public lands and waters over the next decade. A report to be issued Thursday recommends a series of steps to achieve a nationwide goal to conserve 30% of U.S. lands and waters by 2030. (AP Photo/Jae C. Hong, File)
ADVERTISEMENT