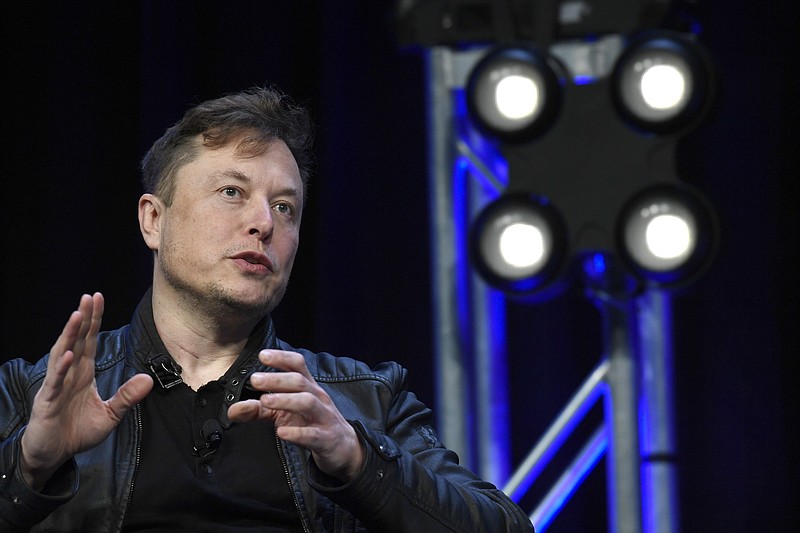 You've got to hand it to them. The folks at "Saturday Night Live" are so good at courting controversy, they've managed to do so again — despite the fact that the show's on a three-week break.

NBC has announced that billionaire Elon Musk will host the show on Saturday with Miley Cyrus as the musical guest. The Tesla founder tweeted, "Am hosting 'SNL' on May 8," before weirdly adding, "Let's find out just how live 'Saturday Night Live' really is," along with a purple devil emoji.

The Twitter commentary arrived as swiftly as a tornado, as it always does.

Eve 6 frontman Max Collins tweeted, "elon musk is incapable of being funny which in and of itself is funny but im sure snl will figure out a way to make it not funny." "Desus & Mero" writer Josh Gondelman added, "Elon Musk hosting 'SNL' is huge for guys still making 'that's what she said' jokes who think they'd be great at hosting 'SNL'."

"I'd quite literally rather watch paint dry than watch Elon Musk on 'SNL'," tweeted one user.

Others took aim at the show's creator and producer, Lorne Michaels, calling him "the undefeated bootlicker" and suggesting that he "needs to retire and NBC needs to clean house completely."

Even Bowen Yang, one of the show's breakout new talents, seemed to address the casting by posting a screenshot of Musk's tweet with the caption "What ... does this even mean" and a sad face emoji on his Instagram stories.

In what feels too coincidental to actually be coincidence, longtime cast member Aidy Bryant posted to her Instagram stories a screenshot of a tweet by Sen. Bernie Sanders, I-Vt., which read, "The 50 wealthiest people in America today own more wealth than the bottom half of our people. Let me repeat that, because it is almost too absurd to believe: the 50 wealthiest people in this country own more wealth than some 165 million Americans. That is a moral obscenity."

"SNL" has not responded to The Washington Post's request for comment.

The creative forces behind "SNL" probably were not surprised by the critiques. Musk has long been a controversial figure, only becoming more so this past year as he minimized the risks of the novel coronavirus, which can cause the illness covid-19.

For years, the show has enlisted atypical celebrity guest stars, stunt cameos and unusual hosts to help bolster ratings. Donald Trump hosted in 2015, drawing more than 9 million viewers — the highest ratings the show had seen in years. And, as The Post's Emily Yahr reported, "the highest-rated 'SNL' ever was when 17 million people watched Olympic skater Nancy Kerrigan host in March 1994, shortly after the Tonya Harding incident."

Unexpected spectacle usually does nothing but inflate the show's viewership. Among the most watched episodes were those hosted by National Football League quarterback Peyton Manning and National Basketball Association player Charles Barkley. When an 88-year-old Betty White helmed an episode in 2010, making her the oldest host in the show's history, 12 million people tuned in. Alaska Gov. Sarah Palin's cameo in 2008 drew 17 million viewers, and Sen. John McCain's later that year brought in 13 million.

Plus, the pop culture world isn't exactly foreign to Musk. Setting aside his celebrity entanglements — including his marriage to pop star Grimes and his friendship with Kanye West — Musk has something of a short acting resume.

He has played himself in "Iron Man 2," "The Simpsons," "Young Sheldon," "The Big Bang Theory" and several episodes of "South Park," among others.

Not that his comedic chops, or lack thereof, really matter. The episode could be successful, or it could be one of the biggest slogs. People seem to be as drawn to watching train wrecks, car crashes and enormous boats stuck in canals as they are to good comedy. For better or worse, if history's any guide, masses will be tuning in Saturday — which is arguably the point.