Feathers over fins: Hatchery a haven for birds and birders 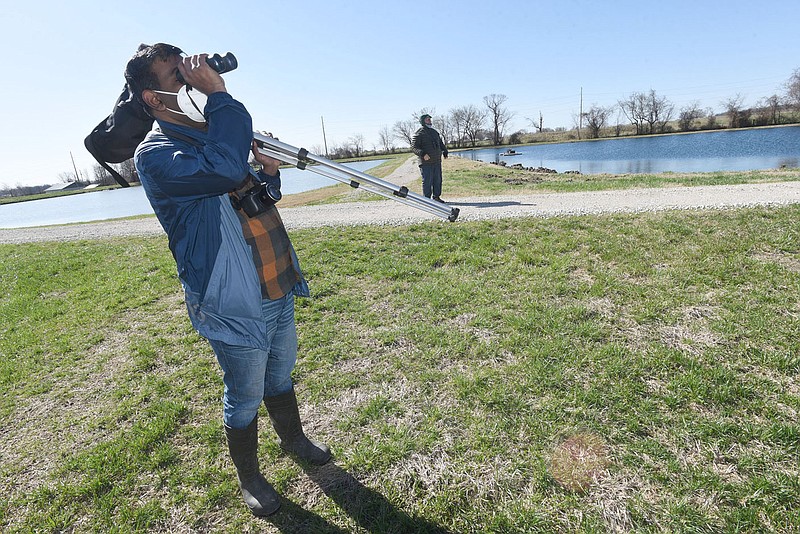 Some visitors at the Charlie Craig State Fish Hatchery focus on what's above the water, not the newborn fish swimming beneath.

The hatchery's 17 fish-rearing ponds and their grassy and wooded banks attract an array of waterfowl, songbirds and raptors. Bird watchers are welcome to roam the hatchery grounds to enjoy bird songs and focus binoculars on the singers sporting colorful feathers.

A large sign at the parking area tells visitors the hatchery was built by the Arkansas Game and Fish Commission in 1941. It was the first fish hatchery in the state, and one of the first in the world to develop a successful method for raising channel catfish.

Game and Fish built more hatcheries. At Centerton, some 1.5 million fish are raised annually at the hatchery to be stocked in lakes and rivers around the state. Most species spawn naturally on their own. Stocking more fish boosts their numbers, improves fishing and creates more fishing opportunities.

Spring bird migration was in full swing in mid-March when Joe Neal and Vivek Govind Kumar, both of Fayetteville, and Terry Stanfill of Decatur, pulled into the parking area near the hatchery's picnic pavilion. Kumar carried a spotting scope on a tripod and Neal wore his ever present binoculars as the birders strolled through the pedestrian gate. Visitors are allowed to walk through the hatchery. Driving is prohibited.

Right off the bat, the trio spotted two kestrels roosting in nearby trees. They're easily identified by dark plumage near their eyes. Kestrels are small falcons, Neal explained. They hunt by hovering over open country and swooping down to catch rodents, lizards or large insects.

Walking up a short hill from the gate leads to a wildlife viewing pavilion with a chart that identifies several birds that may be seen at the hatchery. Six blue-winged teal -- fast-flying waterfowl -- zipped overhead on whistling wings.

Neal's excitement revved up when he spotted a new spring arrival.

"Yay! Our first barn swallow of the year! There's two of them. It could be a Mister and Missus," Neal said. "They're acrobatic and one of the most beautiful North American birds."

A highlight was spotting a half dozen rusty blackbirds in trees at one corner of the fish hatchery.

Rusty blackbirds nest in the forests of northern Canada and Alaska. The migrate to Arkansas and the Southeast for the winter, said Neal, who has written several books on birds and birding. He also leads field trips for the Northwest Arkansas Audubon Society.

Kumar, a graduate student at the University of Arkansas, likes to visit the hatchery in late spring and summer.

"A lot of times they have some of these ponds drained. There's lots of mud that attracts all kinds of shore birds," he said.

Joe Adams, manager of the Charlie Craig State Fish Hatchery for Game and Fish, said visitors are welcome at the hatchery to bird watch, walk or enjoy a picnic at the pavilion during daylight hours.

Visitors may be joined by some fleet-footed young runners.

"When they built Grimsley Junior High down the road, we let their cross country teams train here," Adams said. "They were running out along the highway, but that's just too dangerous."

The hatchery is named for the late C.B. "Charlie" Craig of Bentonville. He had a passion for fishing and led a campaign in the late 1930s to purchase property where the hatchery is now.

The Encyclopedia of Arkansas says the widow of Lucius Lay agreed to sell 40 acres, including a spring and a house, for $1,800. Game and Fish didn't have the money, but Craig raised the funds by asking for $2 donations from people in the community to buy the land. The hatchery now takes in 141 acres owned by Game and Fish. 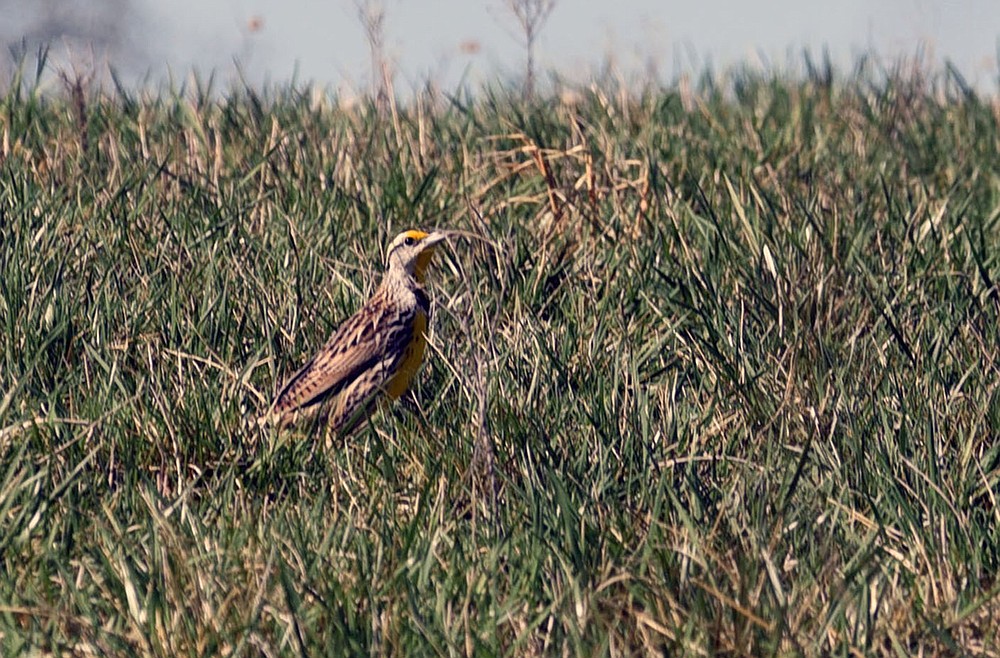 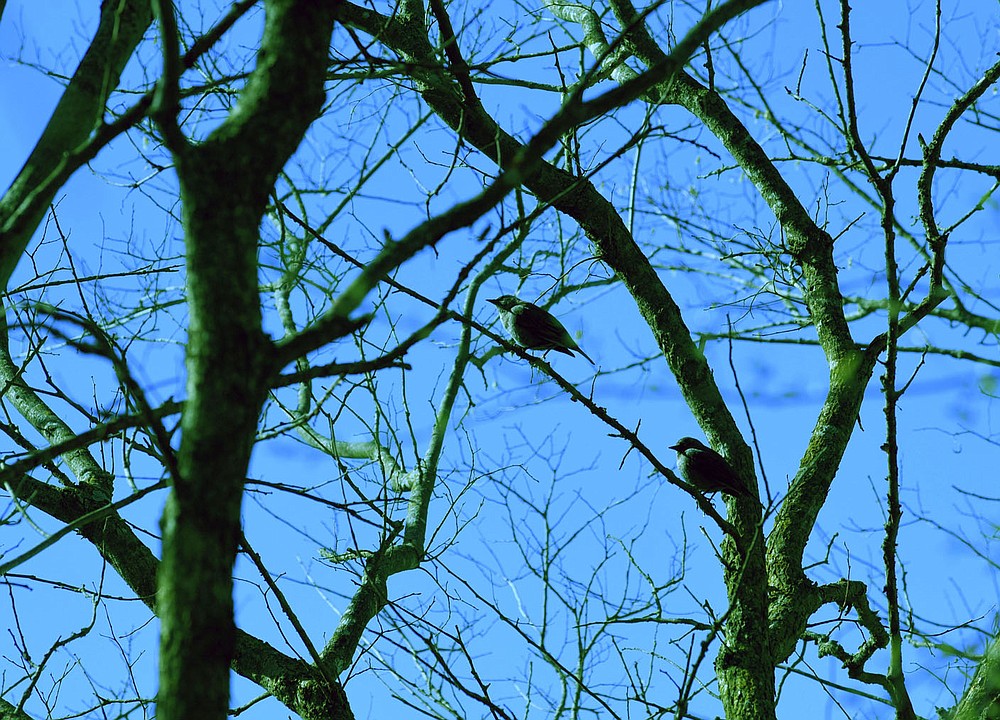 Rusty blackbirds rest near a hatchery pond in mid March 2021. Rusty blackbirds nest in the boreal forests of northern Canada and migrate to Arkansas and the Southeast during winter. They have likely flown north by now. (NWA Democrat-Gazette/Flip Putthoff) 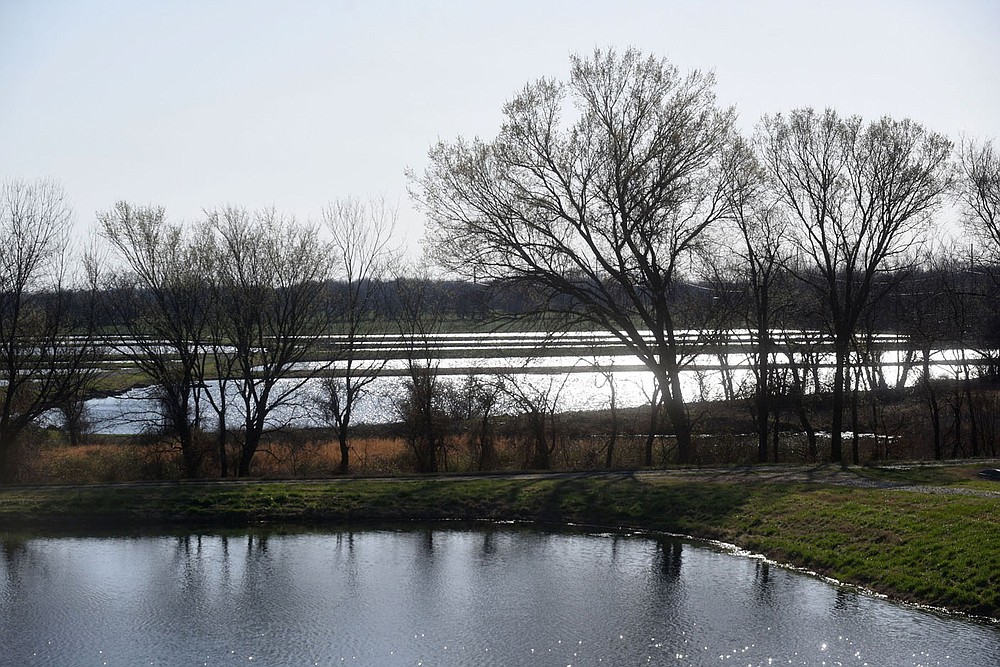 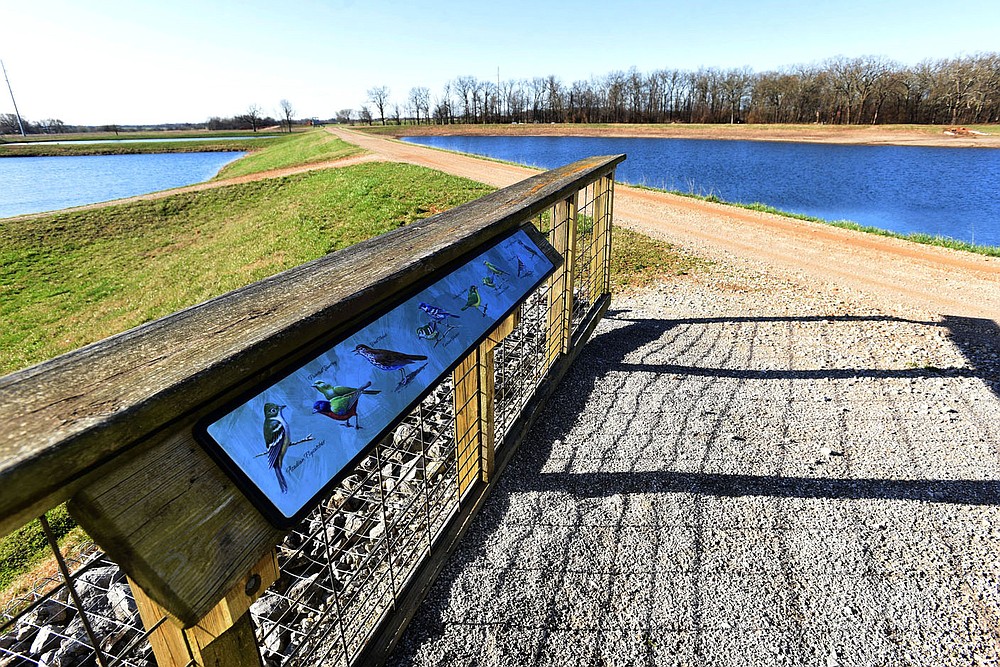 A display at a viewing pavilion helps people identify some of the birds they may see at the hatchery. (NWA Democrat-Gazette/Flip Putthoff) 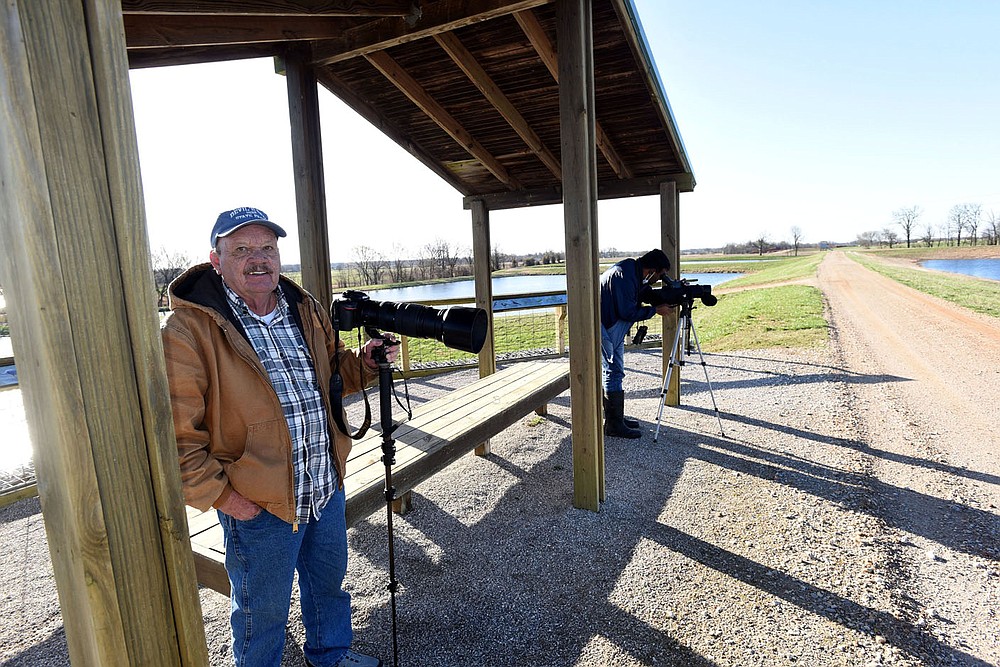 Terry Stanfill (left) and Vivek Govind Kumar watch for birds in March 2021 at the Charlie Craig State Fish Hatchery in Centerton. The Arkansas Game and Fish Commission raises walleye, catfish at other species at the hatchery. It's 17 ponds and surrounding habitat attract a variety of birds.
More News

The Charlie Craig State Fish Hatchery is located at 977 W. Fish Hatchery Road, Centerton. Visitors are welcome to walk the hatchery grounds from sunrise to sunset.

Birds and other wildlife at the hatchery are most active at dawn and dusk. To best see them, keep voices low, move slowly or sit still and bring binoculars.