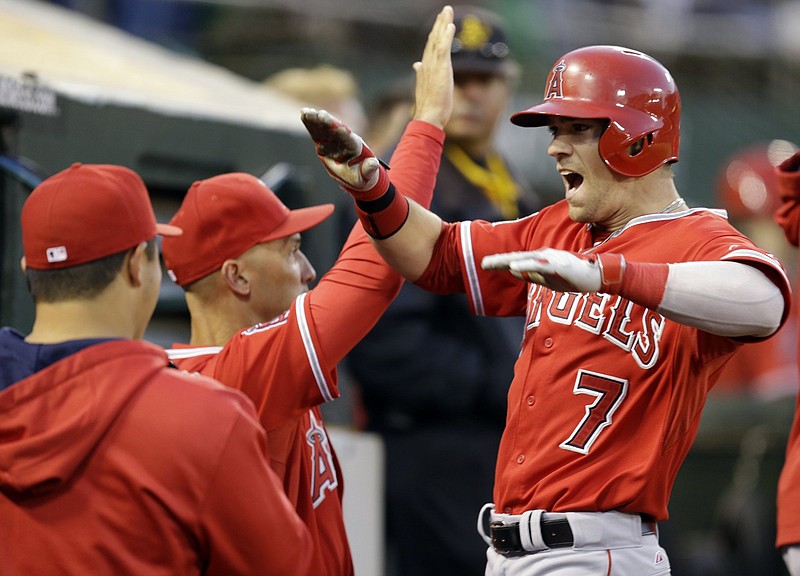 Inside the dugout at the University of Kentucky's Cliff Hagan Stadium, the first thing John Cohen did was tell Collin Cowgill the truth.

In 2004, Cowgill -- who makes his managerial debut with the Arkansas Travelers tonight -- was an 18-year old recruit from nearby Henry Clay High School. Cohen was the Wildcats' head coach. He was apprehensive about the slight, slow prospect who batted right-handed and threw with his left, and told Cowgill as much.

Cohen, now the athletic director at Mississippi State, predicted that Cowgill was just as likely to play as a freshman with the Wildcats as he was to struggle and transfer after Year 1, and nudged the local star to consider other options.

"He didn't say a word and his face was pretty red," Cohen said. "I could tell that he was pissed, like he wanted to prove this SOB wrong. That was the first inkling I had that he was going to be a real guy."

Red-faced and motivated, Cowgill chose Kentucky anyway and went to work. He learned to switch hit, transformed his swing with help from Tim O'Neil, an area scout with the Minnesota Twins, and earned his way into more than 150 games in four seasons with the Wildcats. By 2008, Cowgill was an SEC champion, an All-American and a fifth-round pick of the Arizona Diamondbacks.

"If you'd have told me back in that dugout that he's going to end up being one of the best players in the country coming out, I don't know if I could have believed that," Cohen said. "But it's exactly what happened."

The honesty Cohen extended Cowgill at 18 stuck with him over 12 years in professional baseball, and he found more of it in the six seasons he spent in the major leagues under managers such as Kirk Gibson, Terry Francona and Mike Scioscia. Now 35-years old and only one year removed from his playing career, Cowgill is set to lead his own club for the first time beginning tonight. He told his wife Alyson last week that he's still not sure what his managerial style will be. He said Monday that he doesn't plan to specifically emulate any of his illustrious former skippers.

But as Cowgill takes charge of a group of players who largely haven't played since the 2019 season, there is one tenet of leadership he is sure of.

"I've played for some of the best managers that baseball has to offer, and I took a thousand things from all of them," Cowgill said. "The common denominator was honesty. They were all super honest with me in my career. It'll be the same for me as a manager: I'm going to tell them exactly what I think or how I feel about what's going to get them to the big leagues."

STAYING IN THE GAME

Cowgill reached the big leagues with the Diamondbacks in 2011 and became the first player in New York Mets history to slug a grand slam in his first game with the franchise on Opening Day 2013. He hit .250 and appeared in 106 games with the Los Angeles Angels in 2014, but by 2016 the major league contracts dried up.

In the winter of 2020, Cowgill phoned Seattle Mariners General Manager Jerry Dipoto in search of one last spring training invite and got it. Dipoto was in the Arizona front office when the Diamondbacks drafted Cowgill in 2008. After covid-19 hit in March 2020, he hung up his cleats and Dipoto laid out an array of job options for Cowgill in the front office, scouting and coaching, presenting the then-34 year old retiree with a question he'd never considered: What to do after baseball?

"I knew I was going to stay in game," Cowgill said. "I've been in it my whole life. I don't even know where I would begin if I was going to do something else."

Growing up in Lexington, Kentucky baseball was a constant in Cowgill's life -- even on holidays.

"We would go and throw Christmas morning. Thanksgiving. Birthdays," Bill Cowgill, Collin's father said. "It was kind of just what we used to do."

Cowgill started in the outfield as a freshman at Henry Clay, where Coach Herb Hammond treated his teen-aged players like professionals. Playing for the Blue Devils under Hammond meant maintaining a 3.0 grade point average, working bingo every Thursday night to finance road trips and offseason sprints in the school parking lot, even when snow and ice covered the asphalt. The experience laid the foundation for Cowgill and imprinted the mentality he took to Kentucky.

"Everyone that came out of Herb Hammond's program came out a better man, not just a better ballplayer," Cowgill said. "Baseball was the cherry on the top. When I got to college, it was easy as far as the work demands because of that program."

Cowgill held on at Kentucky after hitting .200 in the sluggish freshman year Cohen predicted, and he hit 16 home runs in 2006 when the Wildcats won their first and only conference title in 2006. After missing time with an injury in 2007, Cowgill hit .361 and drove in 60 runs as a senior in 2008 to bolster his draft stock.

During his college years, Cowgill also showed promise as a future manager, at least to those who managed him.

Cohen saw a player with an instinct for the game and an understanding of it, too. Cowgill's ability to move for a fly ball before it even left the bat made him a pro-caliber outfielder, but his thirst for strategy -- down to questions about decision-making Cohen called "respectful" -- showed the Wildcats' coach a baseball mind with a future in the dugout. It only helped that Cowgill's upbeat personality, his hard-nosed style of play and the lessons he brought with him from Henry Clay made him a prime example for teammates to follow.

"He would be an amazing politician because he thinks well on his feet and he's a leader," Cohen said. "He can connect with young people really quickly. I can't think of a former player of mine that fits the mold of a professional manager."

Of all the opportunities Dipoto offered Cowgill, coaching at the minor-league level felt the most appealing, and he turned down several college jobs to come to North Little Rock in 2021.

"It felt like an opportunity I couldn't pass up," he said.

Cowgill's professional career afforded him time and relationships with experienced managers, leaving him with bits and pieces he plans to draw from as a manager. His first MLB skipper was with the Diamondbacks and Gibson, who had little patience for rookies and is "as tough as they come," Cowgill said. Scioscia was harsh but fair; Francona was "super chill." Bob Melvin with the Oakland A's was the best communicator he played under.

"I took little nuggets from all those guys," Cowgill said. "How they treated their players, in good ways and bad ways. I feel like I was always watching, always listening."

Despite the different styles, they all brought honesty. Just like with Cohen at Kentucky.

With each manager and coach, Cowgill knew his strengths, his weaknesses and how to sharpen both from the leaders he had in the dugout. He knew where he stood. He comes to the Travelers with fresh experience as a player and a knowledge base constructed over a lifetime in the game. As his managerial career begins tonight, Cowgill's only promise is to give his players the best gift his managers -- and Cohen first -- gave him, knowing what it did for his life and career.

"I'm going to be honest," Cowgill said. "I'm going to tell these guys the truth. And I'm going to do everything I can to get them where they want to go."