Mexico sleuths find hidden numbers, but ultimately blocked by bureaucracy by The Washington Post | May 4, 2021 at 2:00 a.m. 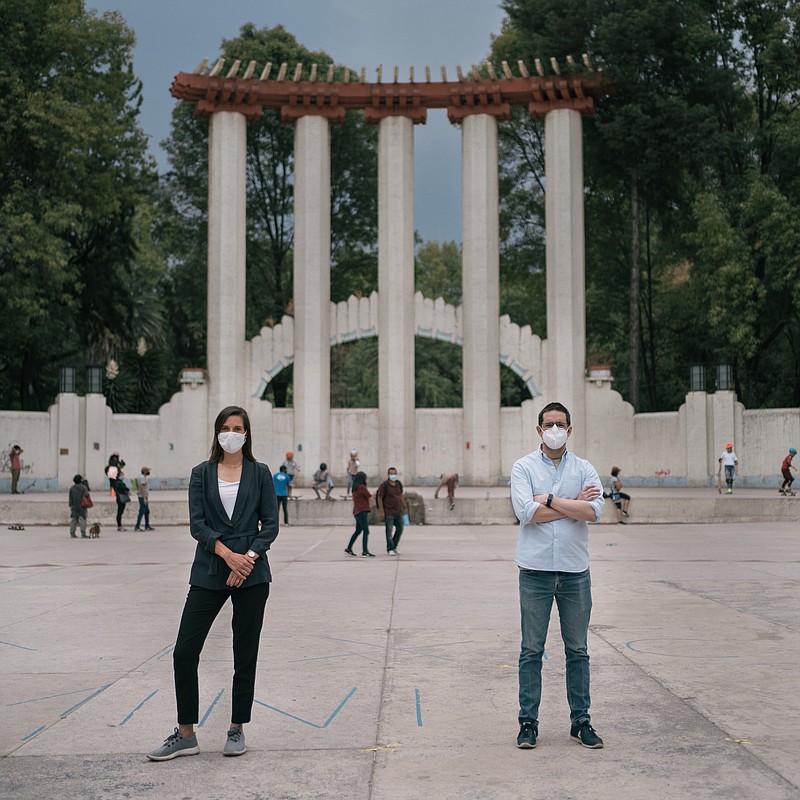 MEXICO CITY -- Around the world, citizen sleuths have been scrambling to discover the pandemic's true toll. As fatalities have soared, they've upstaged governments that have been slow or unwilling to report the scale of the tragedy.

Early in the pandemic, as hospitals were jammed with coronavirus victims, the official death count in Mexico City appeared suspiciously low. Sitting at her dining-room table one afternoon, Laurianne Despeghel, a 31-year-old economic consultant, clicked from chart to chart on her laptop, puzzling over how to uncover the real toll.

"I think the data exist," she typed to Mario Romero Zavala, a fellow math geek. She'd heard that death certificates were stored in a database at the city's civil registry. But it would be tough to crack. A day later, Romero Zavala messaged back with an idea. "I'm going to hurry," the 37-year-old software developer wrote. "I think by tomorrow morning we'll have the data."

Just days after their conversation, they'd conclude that around 8,000 more people had died in Mexico's capital in the first five months of 2020 compared with previous years. By February 2021, they'd count 83,235 excess deaths -- more than twice the government's confirmed covid-19 fatality total.

In Mexico, calculating the fatalities has been particularly fraught. The pandemic response has been led by highly trained scientists, including Mexico City's mayor, Claudia Sheinbaum, who has a doctorate in energy engineering. They've produced detailed mortality reports, but released them well after the fact, while announcing far-lower daily totals of confirmed covid-19 deaths. That's led to suspicions the government is masking the size of the disaster.

Around the world, the covid-19 death count -- flashed on TV screens, headlined in newspapers -- has become a key barometer of the most profound global health crisis in a century.

In Iran, journalists at the BBC's Persian service last summer ferreted out data showing coronavirus deaths were nearly three times the publicly released number. In Nicaragua, a civic group counted more than 3,000 fatalities with covid-19 symptoms. The official tally was 179.

Even developed democratic countries have struggled to keep pace with covid-19 fatalities. The challenges range from a lack of testing to incorrect diagnoses to slow-moving death registry systems. To get the best sense of the pandemic's toll, scientists are turning to excess mortality, the difference in overall fatalities compared with previous years. It includes people killed by covid-19 and indirect victims -- for example, patients unable to get treatment for other problems at overwhelmed hospitals.

Rarely has a single figure carried such power to influence the public or to guide government policy. Or so thought Despeghel and Romero Zavala, a bitcoin enthusiast and tech entrepreneur, when they met in a WhatsApp chat group last May.

"What we wanted to do was say, we will find the number," Despeghel said in an interview. "So it didn't stay in the air."

Their first clue came from a report by a civic group, Mexicans Against Corruption and Impunity, issued last May. Its investigators revealed that there were at least 4,577 confirmed or suspected covid-19 deaths in Mexico City -- three times the official count. Their source was a trove of leaked death certificates. To confirm the documents' authenticity, they checked a sample against the city's civil registry, using a feature on its website for obtaining copies of death certificates.

Sitting in her apartment the next day, Despeghel studied the group's report. She had loved math since her childhood in France, its order and unyielding discipline, and met her Mexican husband at the London School of Economics. "Numbers are my thing," she said. Now, on this Tuesday afternoon, she was examining how the anticorruption investigators had penetrated the civil registry. They just typed in the numbers from a death certificate, and it appeared.

The problem was, "you need the info for each one" of the death certificates, Despeghel told Romero Zavala.

That didn't stop him from playing with the site, plugging in numbers. The son of an engineer, Romero Zavala had been fascinated with the Internet since he was a boy, whiling away hot Yucatan afternoons on his family's desktop computer. Sites like the civil registry page were another kind of challenge.

Three minutes later, he realized something odd. The death certificates were issued in ascending order by each of the city's 52 civil registry offices, starting from No. 1 in 2020. "A rookie mistake, if this was the programmer's decision," Romero Zavala noted. And then it hit him: All they had to do was identify the highest-numbered certificate in each office. Add them up, and you'd have the Mexico City death toll.

An algorithm could do the work. Romero Zavala, a graduate of Mexico's Tec de Monterrey, wrote it quickly. It would act like a citizen seeking a copy of a death certificate, but bombard the system with ever-more-refined guesses about the top numbers.

Five days later, on a Sunday afternoon, Sebastian Garrido glanced at his email. He was editor of the data blog at Nexos, a Mexican magazine. He'd never heard of these two young data experts but was stunned by their pitch. Romero Zavala and Despeghel had found 8,072 excess deaths in the capital from January through May 20, while the government had confirmed only 1,832 covid-19 fatalities. "There was no other source of information that came close," he said. The blog post, published May 25, exploded on social media and was picked up by the Mexican and international press.

When Romero Zavala returned to the civil registry site two days later, he was greeted with a captcha -- one of those "I'm not a robot" boxes meant to block automated users. He and Despeghel would have to do their subsequent updates for Nexos by hand. By June 7, they found 17,310 excess deaths in the city. That jumped to 22,705 at the end of June. By late August, the total had soared past 31,000.

Jose "Pepe" Merino, 46, led Mexico City's data agency. At the start of the pandemic, his agency unveiled a website listing the numbers of covid-19 cases, tests, hospitalizations -- "the first database of its kind in the country," he said at a news conference. But figures on the city's excess mortality lagged. Officials were working on an elaborate methodology and analyzing age, gender and cause of death.

"It's not just like dropping information into a blog," Merino insisted. Finally, two months after the Nexos article was published, the city's first report appeared. Its overall death figures differed by less than 2 percent from those found by Romero Zavala and Despeghel.

In August, the city posted its full database of deaths, scrubbed of IDs. "That's something you normally have to wait two years" for the government to produce, Merino said in an interview.

Indeed, Mexico generally moved at a glacial pace in processing death statistics. It was hardly alone. "Mortality data is kind of a big black hole worldwide," said Andrew Noymer, an epidemiologist at the University of California at Irvine who specializes in death rates from pandemics. Even the U.S. Centers for Disease Control and Prevention typically took months to compile death statistics. As coronavirus cases soared, the CDC shrank that to a week.

In Mexico, the data was especially crucial. The tally of covid-19 fatalities announced each day was a vast undercount because of a dearth of testing and a large number of deaths at home. But by October, Romero Zavala and Despeghel stopped publishing their articles. There was no need for their time-consuming detective work, they figured. The city had promised to release weekly updates of its mortality data.

BACK TO SQUARE ONE

Shortly before Christmas, the pair returned to the city's excess-mortality webpage. A record wave of infections was crashing over the city. But to their astonishment, there hadn't been an update for nearly a month. And the civil registry had gone offline.

"Can you please explain why the site is no longer working?" Romero Zavala tweeted at Merino. He responded that the servers had been overwhelmed, and were being fixed. As for the weekly updates, city officials said processing the information turned out to be too complicated to do that fast. "We have never hidden or modified information," Merino tweeted.

The delay was just one problem. The city's reports had consistently painted a comparatively optimistic picture, focusing on the decline in deaths after a first coronavirus peak in May. Romero Zavala and Despeghel highlighted a more disturbing pattern. Unlike in New York or Madrid, deaths in Mexico City didn't plummet after the initial pandemic spike. Instead, the numbers hit a plateau. The capital became stuck, churning out fatalities at least 50 percent greater than normal, week after week, their Nexos studies found.

In an academic paper issued in March, senior government scientists essentially confirmed the trend. Death rates in Mexico had remained elevated for months compared with other countries, they wrote. Authorities have attributed the high mortality to the density of the capital region, widespread comorbidities such as diabetes and heart disease and the need for poor people to go out to work. Critics have pointed to a lack of testing and financial support to allow people to stay home.

Either way, the result was devastating. For 2020 and the first nine weeks of 2021, according to government reports, the country, led by Mexico City, suffered a staggering 444,722 more deaths than usual.

Merino said it wasn't fair to look at overall fatalities in the capital, since up to 30% of those who died of the coronavirus in its hospitals lived in other states. And he denied that Mexico City had the world's highest excess-mortality rate, as the Nexos articles suggested. "You are completely ignoring the hundreds of cities that don't report the data," he said. Indeed, even some major countries -- such as India, where an outbreak is now setting global records -- don't calculate excess-mortality statistics.

By January, Romero Zavala was frustrated. He and Despeghel had resumed their regular Nexos posts. But "every week it's becoming more difficult to report the numbers," he tweeted. Maybe their work had spurred the government to be somewhat more transparent. But there was no major change in Mexico's coronavirus policies. "To be honest," he wrote, "I'm now motivated by rage."

Then, in March, two new boxes popped up on the civil registry's page.

To get a death certificate, you now had to type in the first and last name of the deceased. Romero Zavala and Despeghel were effectively locked out. They had never sought the identities of the dead -- just the numbers. But officials were uneasy about their access to the database. "Why does someone need to know the name of the person dying, the address where they lived?" Merino said. "That's delicate information."

After 10 months, the collaboration between Romero Zavala and Despeghel was over. For Mexico City, too, an era had ended. For the first time in nearly a year, the capital notched three days in a row with no excess deaths. As the city's famed purple jacaranda trees blossomed, its exhausted residents emerged from a lockdown that had begun before Christmas. 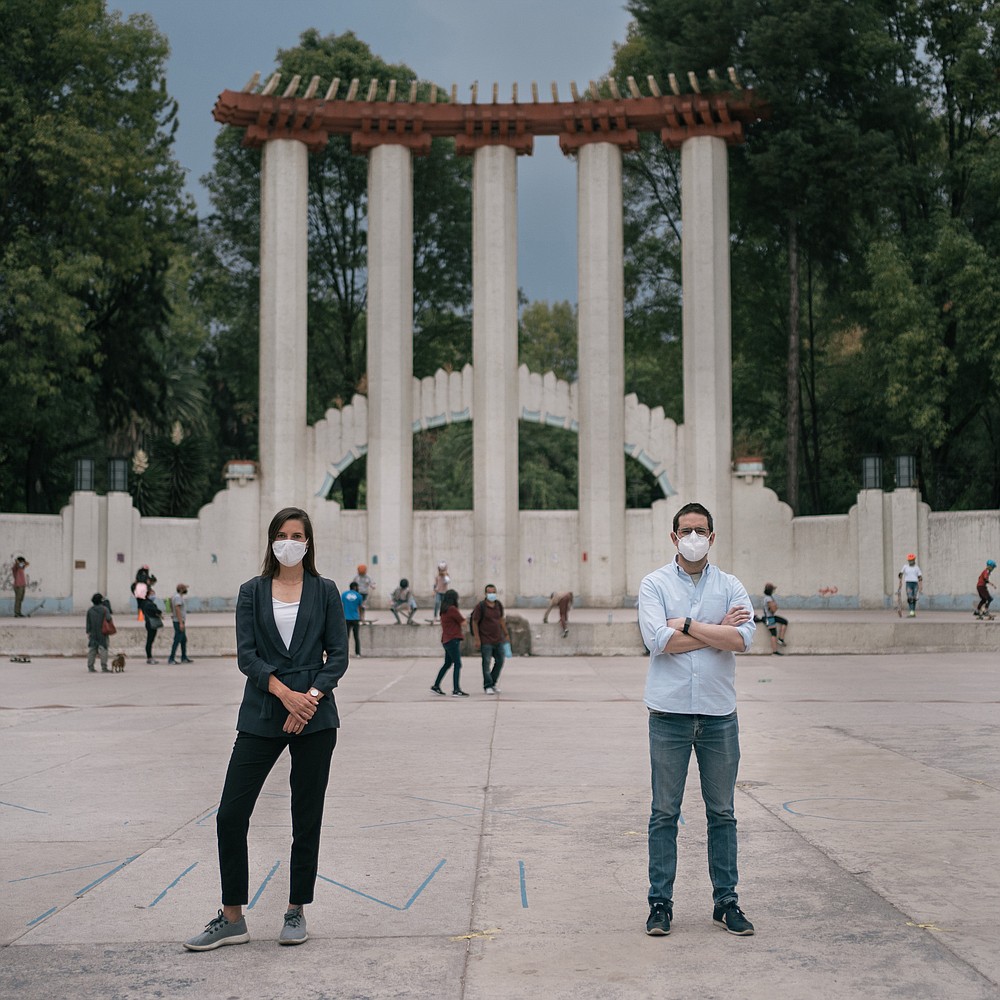 Economic consultant Laurianne Despeghel and software developer Mario Romero Zavala pose for a portrait at a park in Mexico City's Condesa neighborhood. MUST CREDIT: Photo for The Washington Post by Luis Antonio Rojas 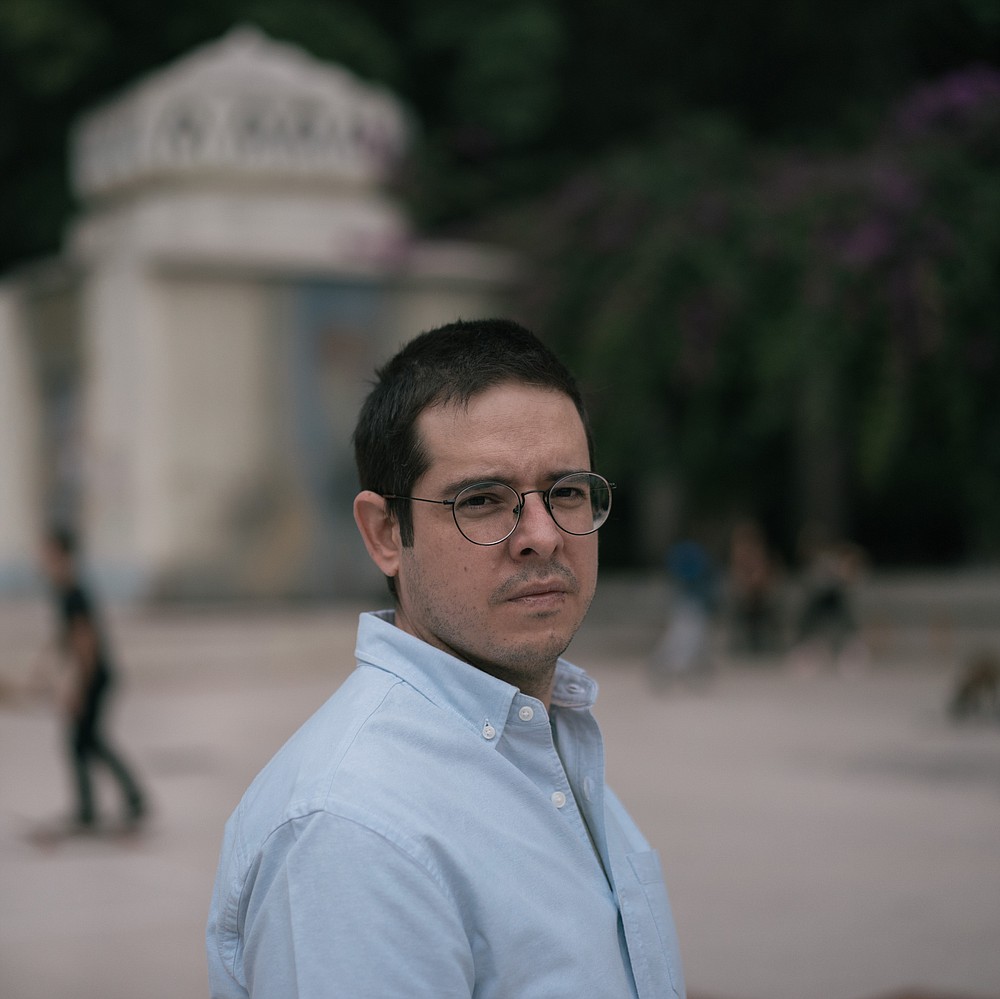 The figures produced by Mario Romero Zavala, shown, and Laurianne Despeghel were eventually confirmed by government data. MUST CREDIT: Photo for The Washington Post by Luis Antonio Rojas 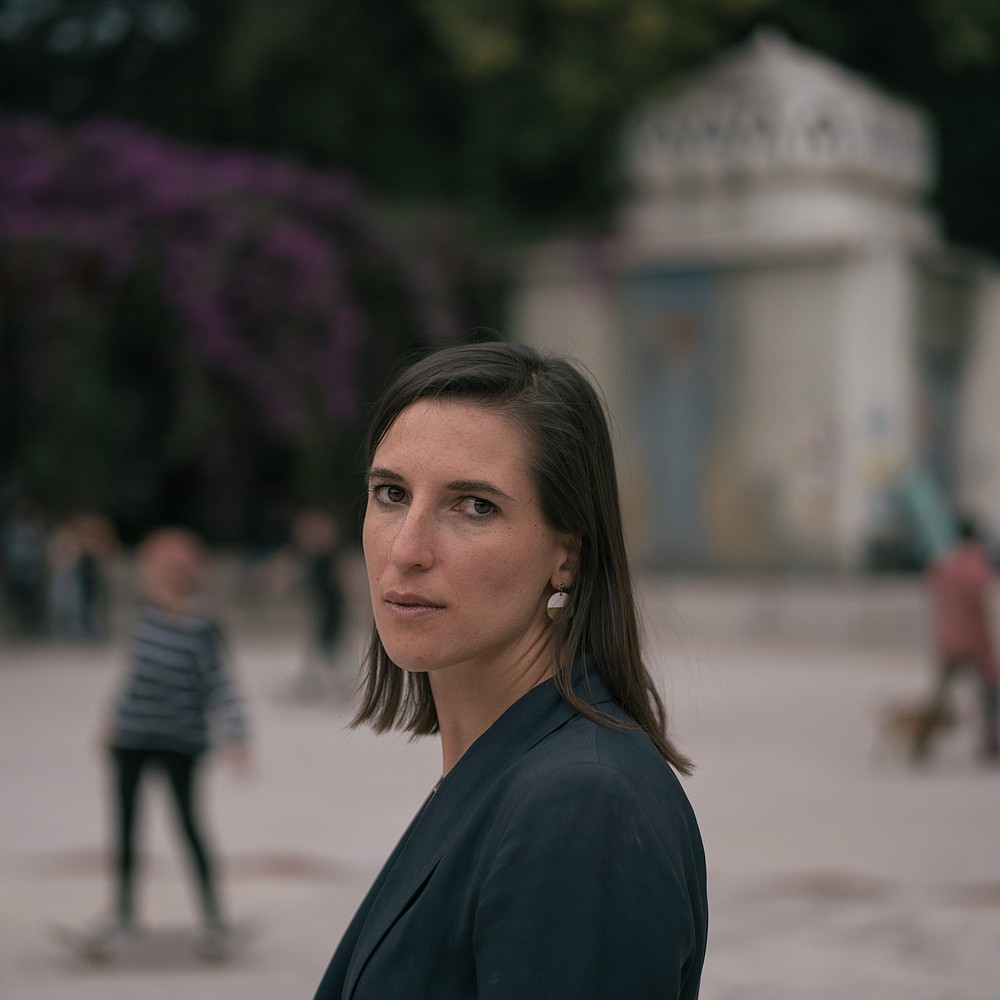 Laurianne Despeghel worked to develop a system to calculate an estimate of how many people had died during the coronavirus pandemic, giving a new insight into how deadly the virus has been in a Mexico. MUST CREDIT: Photo for The Washington Post by Luis Antonio Rojas
ADVERTISEMENT