Franklin named player of the week 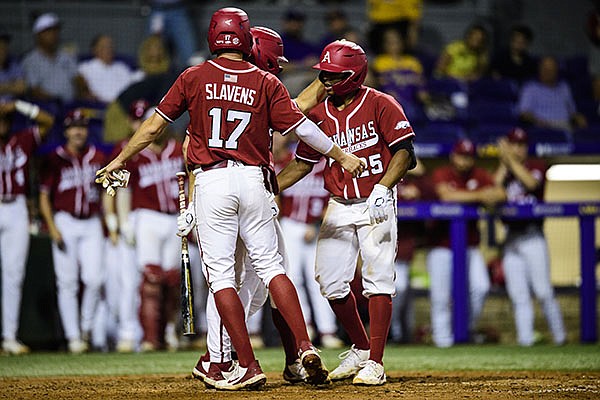 Arkansas' Christian Franklin (25) is congratulated after he hit a home run during a game against LSU on Friday, April 30, 2021, in Baton Rouge, La. (Photo by Brandon Gallego/LSU Athletics)

Franklin was 6 for 11 with 10 RBI during a three-game series at LSU. Franklin homered in the series opener and hit two doubles in the second game. He also had an outfield assist to throw out a runner at third base in the seventh inning of the opening game.

Franklin walked twice during the series and scored five runs.