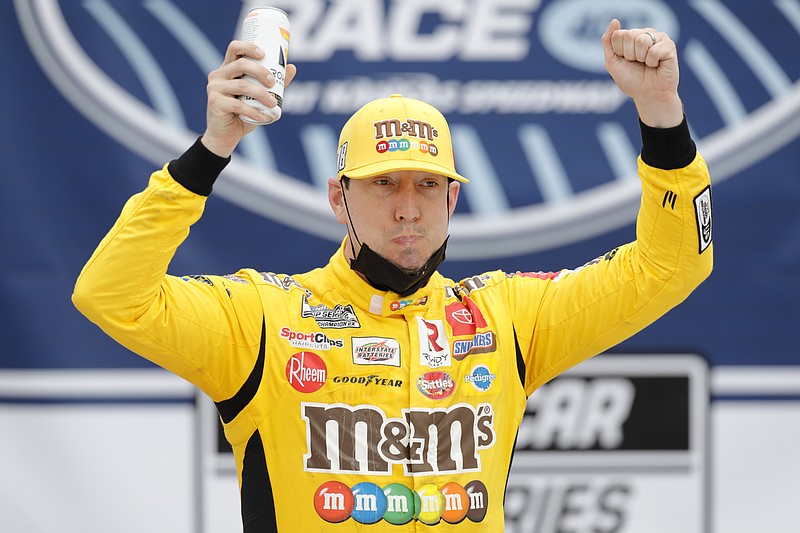 KANSAS CITY, Kan. -- Kyle Busch thought he had a third-place car Sunday. His crew chief, Ben Beshore, though it was good enough for second.

Both of them turned out to be wrong.

Instead, Busch was perfect on a pair of late restarts and won a two-lap sprint to the finish at Kansas Speedway, becoming the 10th different winner through the first 11 races of a topsy-turvy NASCAR Cup Series season.

On his 36th birthday, no less.

"We ran up front all day," Busch said. "Just trying to make adjustments all day long to get it where we wanted. The final adjustments were a positive for us. Didn't necessarily take us from a third-place car to a winning car but the restarts did."

Busch had stalked Kyle Larson all afternoon before beating him on a late restart to take the lead. Then, after another caution in the closing laps, Busch followed up his Truck Series win Saturday night by earning another trip to victory lane.

"That's a Kyle Busch win right there," he said with a smile.

It's his 17th consecutive season with a win, tying David Pearson for second on the all-time list and moving him within one of Richard Petty's record streak. It also was his first with Beshore calling the shots from the pit box, and it gives Joe Gibbs Racing three drivers qualified for the playoffs along with Martin Truex Jr. and Christopher Bell.

"I felt like we were a second-place car to the 5 car all day, to be honest," Beshore said. "Kyle just did an amazing job on the last couple of restarts there, taking the lead and then keeping it on the last couple."

Kevin Harvick overcame a tire mishap on a late pit stop and took advantage of some chaos on the final restart to finish second. Brad Keselowski dominated the early laps before following his win at Talladega last week by finishing third, and Matt DiBenedetto and Chase Elliott rounded out the top five.

Larson led a race-high 132 laps before his day ended in 19th place and bitter disappointment.

Even after he was beaten by Busch on that late restart, he had another chance when Bell got sideways in Turn 4 to bring out another caution. But on the restart with two laps to go, Larson got trapped behind Ryan Blaney and wound up getting him sideways while trying to give him a push, taking both of them out of contention.

"I planned on pushing Blaney as hard as I could," Larson said, "and I guess I was pushing too hard."

It was nearly a perfect finish for his team owner, Rick Hendrick, whose late son Ricky won his only Truck Series race at Kansas in 2001. Just as Larson did in winning at Las Vegas, he was driving the red, white and blue paint scheme that was nearly identical to the one Hendrick drove 20 years ago.

Ricky Hendrick died along with nine others in a plane crash on Oct. 24, 2004, near Martinsville, Va.

Denny Hamlin, also searching for his first win, had a similarly frustrating finish. He had taken the lead on a restart with 32 to go before Larson applied pressure from behind and Hamlin wound up slapping the wall to bring out a caution.

"He's had a bunch of seconds, but this is a long, hard season," said Coy Gibbs, the vice chairman and chief operating officer at Joe Gibbs Racing, who remains confident that the fourth car in his stable will reach victory lane soon.

"I think it's important to get on a roll and carry that into the playoffs," Gibbs said. "That's kind of what we're looking at." 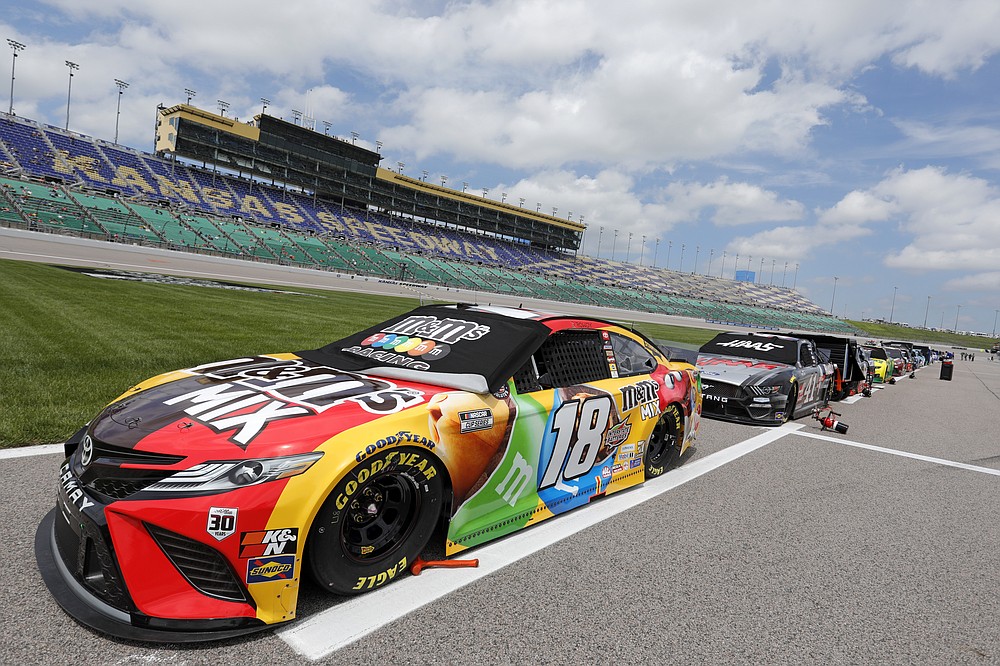 Kyle Busch's 18 car and others are parked along pit road before the start of a NASCAR Cup Series auto race at Kansas Speedway in Kansas City, Kan., Sunday, May 2, 2021. (AP Photo/Colin E. Braley) 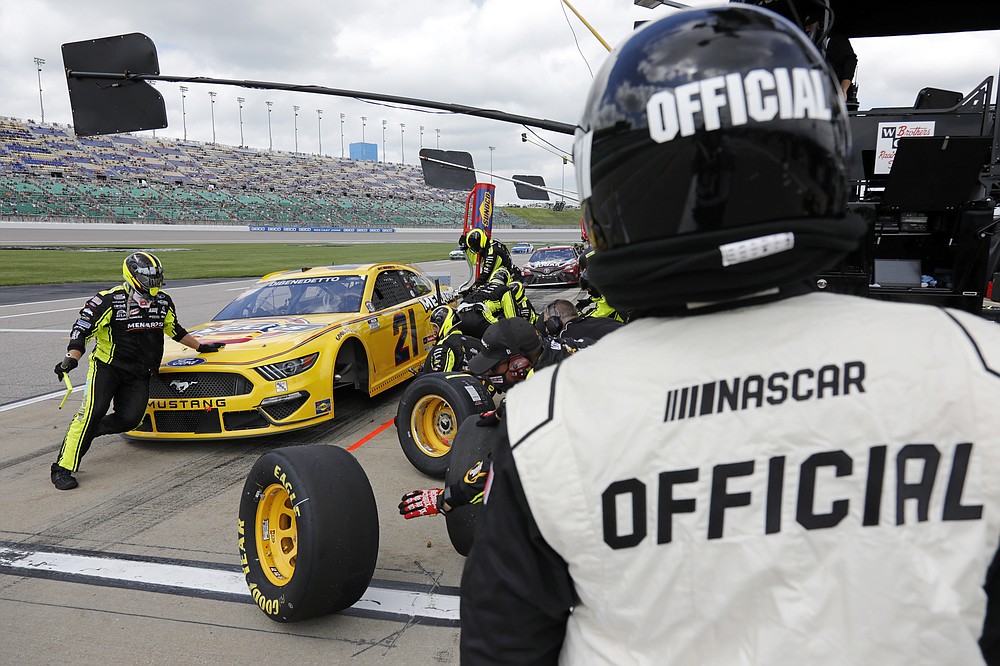 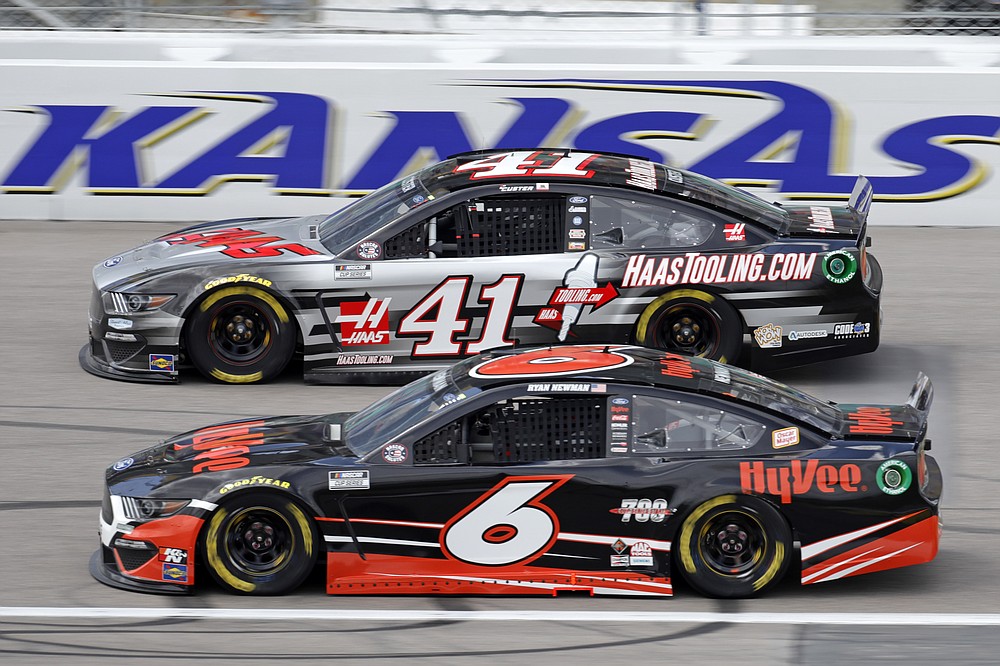 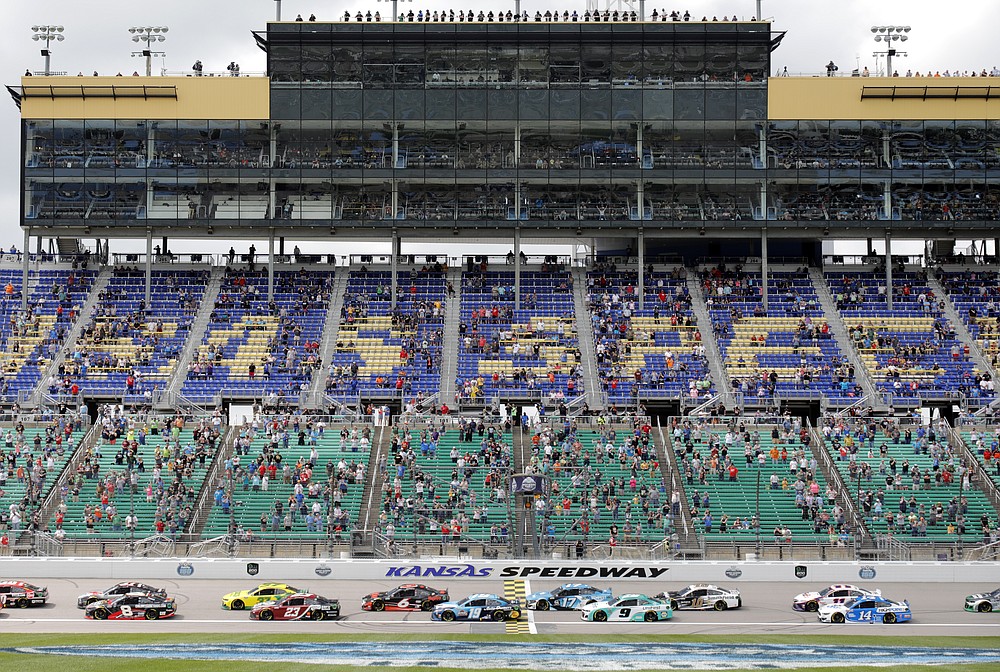 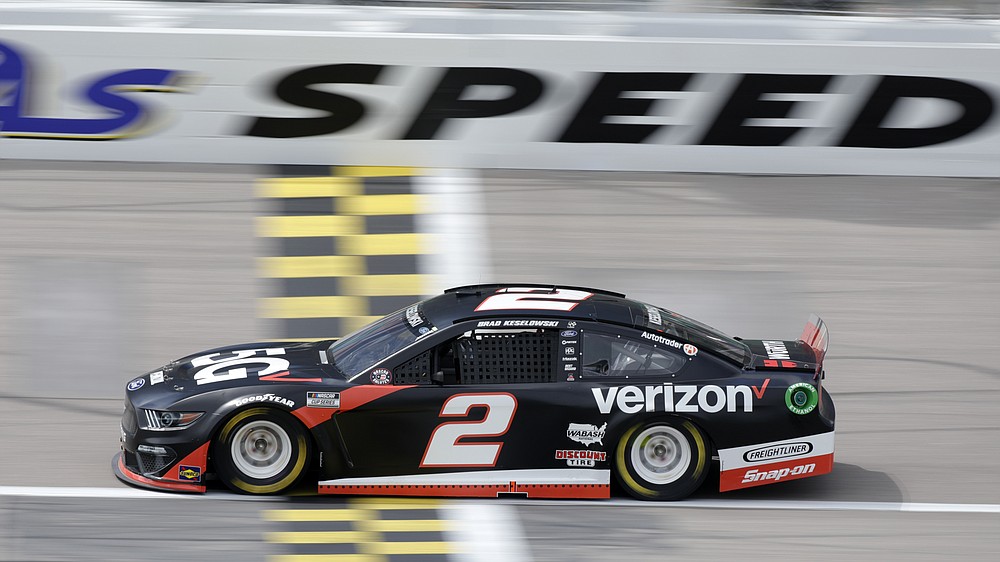 Brad Keselowski crosses the start/finish line as he heads down a straightaway during a NASCAR Cup Series auto race at Kansas Speedway in Kansas City, Kan., Sunday, May 2, 2021. (AP Photo/Colin E. Braley)
ADVERTISEMENT