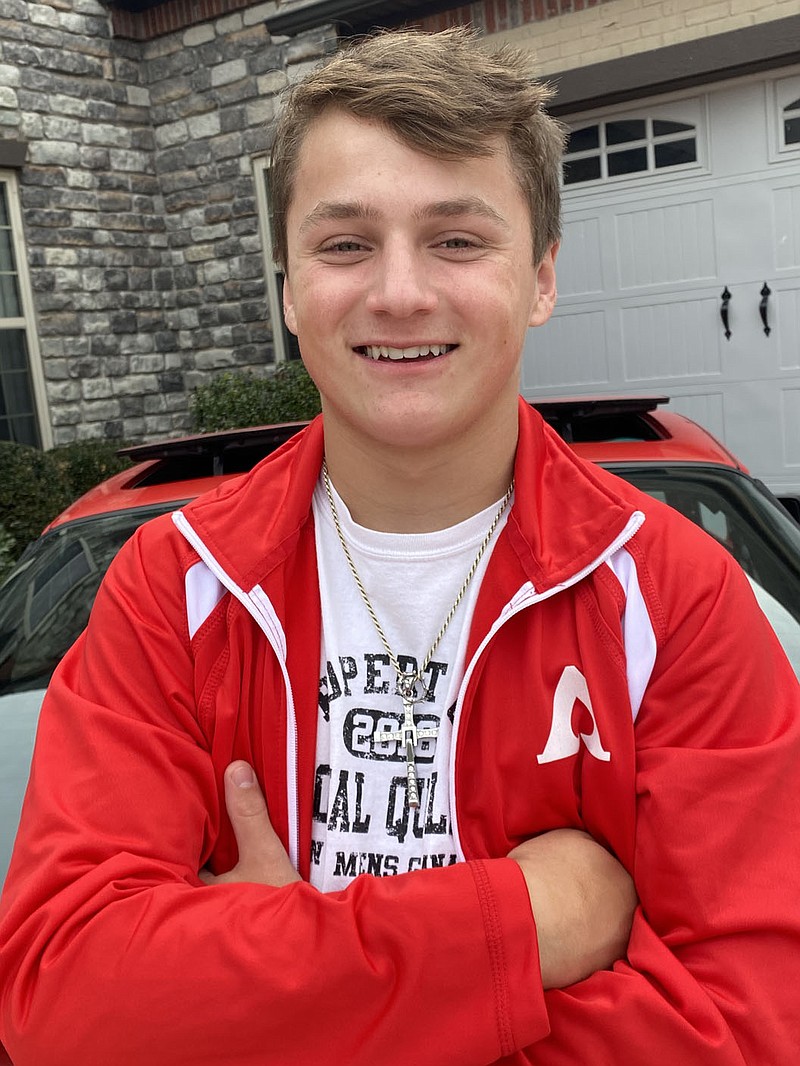 Beau Bice, 16, a sophomore at Bentonville West, has qualified for the Junior Olympic National gymnastics competition in Daytona Beach, Fla., in May.

Beau Bice started training to be an elite-level gymnast before he reached the age of 2, and the early introduction is starting to pay off for the Northwest Arkansas teen.

"Beau will compete in the all-around, all six events," said his gymnastics coach Chase Warden, who owns the Arkansas Center for Extreme Sports in Rogers. "He will be competing on Friday [May 14] for a chance at the event finals, which will take place on Sunday [May 16]."

Warden has been coaching gymnasts for 17 years, including 10 in NWA. He is a former competitive gymnast from Louisiana.

Warden said Bice's strongest events are the pommel horse and the vault.

"At the last competition where he qualified, he took second [pommel horse] and fifth [vault] respectively," said Warden.

Bice, 16, has worked with Warden for the past 10 years. In the past four years, Bice has dominated on the state level, winning four consecutive state championships in his age group.

"My parents put me in gymnastics when I was 18 months old," said Bice. "They cheered in college, and they put me in it when I was little and I never left."

His parents were part of the cheer squad at Missouri State in Springfield, but Bice is hoping he can compete collegiately at the University of Nebraska and use that as a springboard to a possible Olympic team spot. Bice has been training at Nebraska in the summer where he has already developed a relationship with the coaches there, said Warden.

Bice said he spent most days in the gym, attending early morning classes at West before he started taking online classes. His commitment to his sport left little time for much else, he said. Now with taking classes online, he's able to go to the gym earlier when there are fewer athletes competing for gym space, he said.

Warden said it was evident from the first time he saw Bice in the gym that he had the skills to compete at a high level.

"When I first moved here from Louisiana, my predecessor at the gym told me to keep an eye on this kid," Warden said of Bice. "He's going to be one of our next team kids. When he was younger, you could just tell he was just super strong. He was super wild and crazy like most kids are, but he caught on quickly. He loved what he was doing and he steadily progressed without any really big hurdles that he had to overcome.

"It was pretty awesome seeing him just keep getting better and better."

Bice said it took a few days for the realization to hit that he'd qualified for the Junior Nationals.

"For a couple of days after, I was still shocked," he said. "I realized what I needed to do in order to be able to compete well."

Bice said he would encourage young athletes to try gymnastics.

"It just teaches you how to roll out of things," he said. "You're aware of where you are in space, like when you're falling, you know what needs to happen to prevent yourself from getting hurt. I'd say just go for it. You never know what you're going to love."

Bice said he tried other sports in junior high, including pole vaulting in eighth-grade track and field. But gymnastics was where his heart was.

Warden said both he and Bice are hoping to make a big showing at nationals in front of college coaches while also showing that Arkansas athletes can compete at the highest levels of the sport.

"Going into next year we're hoping to jump into the elite track, which is harder than where we're at currently," Warden said. "We're trying to make a few more steps in putting our gym on the map.

"Our focus right now is getting him into college because 95% of our Olympic athletes for gymnastics come from college. So without getting into that NCA circuit, it's a lot harder. There are some that skip that college circuit, but it's very slim."