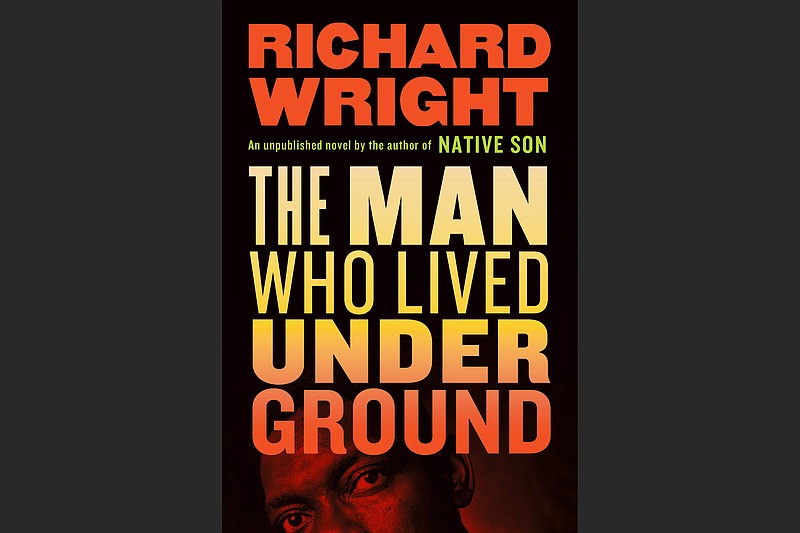 On April 20, a jury in Minneapolis convicted a white police officer of murdering a Black man by kneeling on his neck for more than nine minutes. For many people, this verdict was unexpected, although millions of us watched the crime being committed because a 17-year-old girl held up her phone, turned on its camera app and pointed it at the police who had George Floyd pinned to the street "terrified, scared, begging for his life."

That the verdict in the Derek Chauvin case was greeted with relief by so many is reflective of our common experience. Juries have historically been reluctant to convict police officers accused of wrongdoing while on duty; as a society we tend to grant them a great degree of latitude when on the job. A police officer's word has generally been accepted as more credible than the testimony of those who accuse them.

This seems to be particularly true when the people alleging abuse are Black or when Black people die at the hands of the police. Studies have consistently shown that Black people are arrested and roughed up by cops at rates disproportionate to both their overall share of the population and the percentage of crimes they commit.

Absent the video evidence provided by Darnella Frazier and others at the scene of Chauvin's confrontation with Floyd, the official account of the incident mightn't be much different from the initial statement issued by the Minneapolis Police Department, which characterized Floyd's death as a "medical incident during police interaction" and assured the public "[no] officers were injured during the incident."

On the same day Chauvin was convicted, the Library of America published a novel by Richard Wright that the author had probably finished before the United States entered World War II. "The Man Who Lived Underground" (LOA, $22.95) should have been Wright's follow-up to "Native Son," the 1940 novel that told the story of Bigger Thomas, a poor young Black man from the South Side of Chicago who accidentally kills a young white woman, then decapitates and incinerates the body. (Bigger smothers a drunken Mary Dalton with a pillow when he's trying to keep her from calling out; like Chauvin ignored Floyd's protestations that he couldn't breathe, Bigger ignores Mary's clawing at his arms.)

"The day 'Native Son' appeared, American culture was changed forever," Irving Howe wrote in his 1963 essay "Black Boys and Native Sons." "No matter how much qualifying the book might later need, it made impossible a repetition of the old lies. In all its crudeness, melodrama, and claustrophobia of vision, Richard Wright's novel brought out into the open, as no one ever had before, the hatred, fear and violence that have crippled and may yet destroy our culture.

"A blow at the white man, the novel forced him to recognize himself as an oppressor. A blow at the Black man, the novel forced him to recognize the cost of his submission. 'Native Son' assaulted the most cherished of American vanities: the hope that the accumulated injustice of the past would bring with it no lasting penalties, the fantasy that in his humiliation the Negro somehow retained a sexual potency — or was it a childlike good nature? — that made it necessary to envy and still more to suppress him."

"Native Son" was not only one of the first novels to frame America's racial problem as a symptom of the social conditions forced upon the Black population by the dominant white society, it was also a best-seller that made Wright the country's wealthiest Black writer and the Black novelist of the moment; he was often styled "the father of Black literature in the 20th century." It was a Book-of-the-Month Club selection. It sold 215,000 copies in its first three weeks in print.

In 1941 Wright, who had for years struggled to make a living as a writer, was suddenly a hot commodity.

But his next book was not well received by his publisher Harper & Brothers. When in December 1941 Wright, through his agent Paul Reynolds, delivered the slim manuscript — the novel is 159 pages long — his editor, Edward Aswell, was nonplussed.

On the one hand, the house's best-selling author had delivered a new manuscript in a timely fashion ("Native Son" was still selling), but it wasn't the book he had expected. Aswell had been led to believe that Wright was working on a novel called "Black Hope," about a domestic worker, which Wright called "a dramatic picture ... of woman from feudalism to fascism."

Instead, Aswell got "The Man Who Lived Underground," a book Wright apparently started on in the summer of 1941. It's about a Black man, Fred Daniels, who is arrested for a murder he did not commit and tortured by police until they obtain a confession.

He manages to escape — to hide in a sewer. It was, as "Native Son" had been, a brutal book, but this time the brutality was not committed by Wright's at-risk protagonist but by the police. One reader for Harper & Brothers declared the opening chapters, which recount in detail and at length the abuses of the detectives interrogating Fred, "unbearable."

Aswell determined he couldn't publish the novel as it was. He suggested Wright cut it, a process to which the author was amenable. (He had cut some of the sections of "Native Son" in order to have the novel accepted by the Book-of-the-Month Club. It wasn't until the Library of America published an unexpurgated edition in 1991 that it was available in the form Wright intended.)

These cuts essentially elided the first half of the novel where Fred is in police custody, turning it into a longish short story. It was anthologized a couple of years later under the same title, and has long been one of the most discussed works in Wright's oeuvre. Divorced from the nitty-gritty naturalism of the first half, Fred's subterranean adventures underground take on a surrealistic, fantastic quality that feels unusual for Wright's work.

As the title implies, a major influence is Dostoevsky's autobiographical prison novel "Notes from the Underground" (another work that originally appeared in bowdlerized form) and Fred's impressions of his new world, formed in brief match-lit intervals, call to mind the lightning-cast shadows glimpsed on the walls of Plato's cave.

But Fred's dream-like sojourn underground was inspired by a story in True Detective magazine, about a burglar — a white man — who broke "into various stores in Hollywood by digging a tunnel connecting to the basements and back of the shops."

Wright drew on this incident — as he had drawn on newspaper clippings about Robert Nixon, a 19-year-old Black man who murdered several women in Los Angeles and Chicago for details on Bigger Thomas' crimes — to serve as a kind of skeleton he could dress out with his observations and feelings about Black life and culture in America.

The Fred we discover at the real beginning of the story is a hard-working everyman, a churchgoing sort who, after laboring all day as a yard man for a white family, is ready to go home to his very pregnant wife. He's just been paid for his labors when a white detective calls from inside a car: "Come here, boy."

Fred obeys, because it is his nature and because he wants no trouble and is secure in his innocence. But the police are interested in him, though they won't explain why. So he follows their instructions, even as he begins to fret that his wife will start missing him if he's not home soon. As they drive him to the station, Fred begins to think of all the people in his life — his minister, his employers — who could step forward to convince the police he's not the man they're after.

Once he's at the station, he's taunted and beaten senseless. As he oscillates between hallucination and lucidity, Fred sometimes believes he's in a nightmare from which he will soon awaken. The detectives keep urging him to sign a document. Fred is too exhausted to read it, but they promise him if he signs it he can go home to see his wife.

Eventually, he does, and in the process confesses to a double murder. The police decide to honor their agreement to let Fred see his wife — "No one can say we mistreated 'im if we let 'im see his old lady, huhn?" — for a few minutes before they transfer him to jail. When they get to his apartment, they find his wife in labor and reluctantly take her to the hospital. That's where Fred manages to slip away from them, sliding into the sewers.

Wright, who had determined with "Native Son" to write in a manner "too hard for tears," was pushing the limits of what a genteel white audience would accept as plausible at the time. His depiction of the police as pragmatic bullies indifferent to the actual guilt or innocence of the suspects they encountered was shocking to middle-class white Americans who more or less accepted the civic catechism of "the policeman is your friend."

And Wright, as James Baldwin and others have pointed out over the years, was writing for a primarily white audience, which feeds the debate as to whether his sometimes lurid work didn't exacerbate stereotypes.

When Fred goes underground, he becomes a different person — an invisible man free to navigate the passages and canals beneath the surface of the city. Like the True Detective burglar, he breaks into businesses, stealing money and jewels. He lifts a gun from a sleeping security guard. He is released from all guilt and obligation; he never thinks about his wife or newborn baby.

Morally untethered, he spies on a Baptist church choir and grows troubled by their singing. It feels to him as though they are "pleading guilty, wallowing sensually in their despair."

He wants to throw himself down among them, to tell them: "Don't do this to yourselves!" 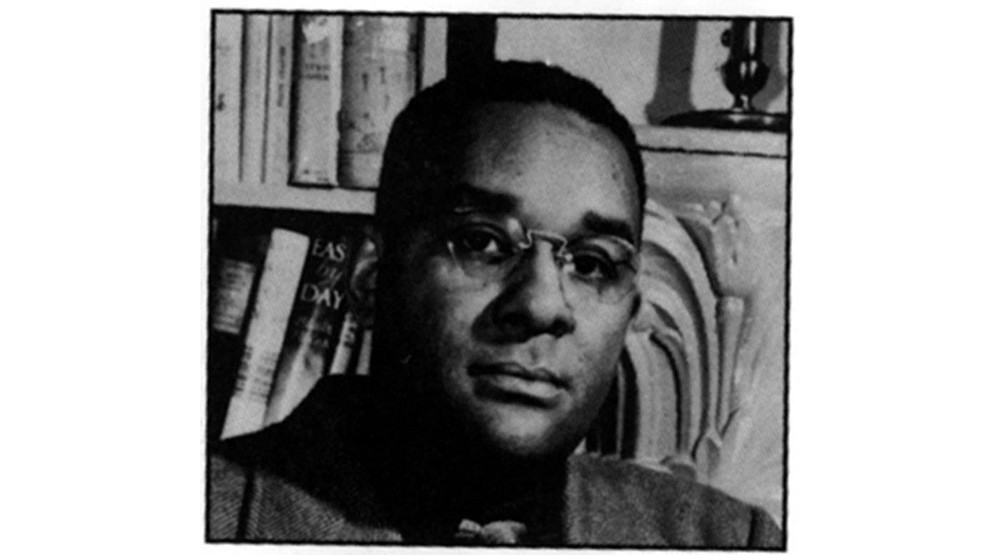 Reading the restored first part of "The Man Who Lived Underground," I thought of Kafka, specifically his novel "The Trial." And we might assume Wright intends us to make this connection, just as he alludes to Dostoevsky.

But the best note on his sources comes by way of his essay "Memories of My Grandmother," which is included in this volume but has previously only been available to scholars consulting Wright's papers at Yale University.

"Memories of My Grandmother" makes explicit the connection between surrealism — which narrates from a psychological perspective — and Wright's brand of naturalism, which derives from description of the concrete.

But Wright holds that surrealism "is a manner of looking at the world, a way of feeling and thinking, a method of discovering relationships between things ... a phase of the creative process" innate to Black character, and credits the way "in which Negro blues songs juxtapose unrelated images was the advent of surrealism on the American scene."

"A Black woman, singing the blues, will describe a rainy day, then, suddenly to the same tune and tempo, she will croon of a red pair of shoes; then, without any logical or causal connection, she will sing of how blue and lowdown she feels; the next verse may deal with a horrible murder, the next with a theft, the next with tender love, and so on.

"This tendency of freely juxtaposing totally unrelated images and symbols and then tying them into some overall concept, mood, feeling, is a trait of Negro thinking and feeling that has always fascinated me. I think it was this part of my grandmother's personality that fascinated me more than anything else."

Wright remembers that "eternity" felt so real to his grandmother "that human life had an air of unreality ... [Her] never-blinking eyes ... seemed to be contemplating human frailty from some invulnerable position outside time and space."