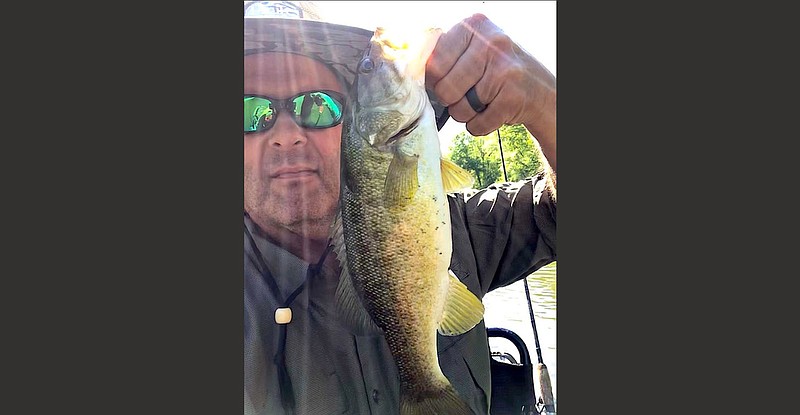 After bagging this Ouachita Mountain gobbler on the morning of April 19, Chris Minick of Benton spent the rest of the day catching smallmouth bass (shown) from a kayak on the Saline River. (Photos submitted by Lainie Deerman and Chris Minick)

On April 19, opening day of the Arkansas spring turkey season, Minick bagged a gobbler in the Ouachita National Forest. After processing the turkey, he loaded his kayak into his pickup and spent the rest of the day catching smallmouth bass on the Saline River.

It’s all about priorities and process. First, you have to know the lay of the land, and you need experience. Minick has been hunting in the Ouachita National Forest since he was 12, so he knows traditional turkey haunts. For the sake of the resource, he speaks vaguely about locations. Astute hunters can piece together tidbits of information to find their own places and stitch together their own patterns.

“My dad and I always hunted from Lake Nimrod to Lake Ouachita and going west from there,” Minick said. “I tend to bypass a lot of areas close to Little Rock because I know they get a fair amount of hunting pressure. I don’t go to Winona [Wildlike Management Area] because I know a lot of guys hunt there.” On the other hand, a particular area near the Perry and Saline county lines caught his attention because of diverse habitat types, its abundance of edge habit and, most importantly, its limited access.

“There are some main roads that go through there, but that’s it,” Minick said. “The rest is just hilly woods. I generally like to walk a long way anyway.” Minick scouted the area before the season intending to find a gobbler for his grandson to hunt during the statewide youth season. He said he found a lot of scratching that allowed him to pinpoint a few gobblers. But when the day of the hunt arrived, turkeys did what turkeys do.

“I couldn’t get any gobblers to work, but I knew they were in there,” Minick said. “They went down in this big valley into a grown-up cutover. That’s probably where the hens are nesting.” When the regular season arrived, Minick bypassed the roost area and hunted in the valley.

“That didn’t work, either,” he said. “They went completely the opposite direction.” Somebody that worked that hard and walked that far is not inclined to quit. Minick slowly circled out of the valley back toward the roost area.

“I came across a spot where I knew my calls were going to carry. There’s an echo effect there,” Minick said. “I cutt real hard hoping to get one to shock gobble, and sure enough, one did! He fired off, but I had the high ground on him, which is a big, big thing for me. I tried to get above him as much as I could and got to a decent setup. I made a few yelps, but I knew he was coming.” The gobbler was about 200 yards away, but Minick said it was substantially closer than when he first time heard him.

“I moved another 60 yards and got all my calls arranged beside me,” he said. “I made three little yelps, and he just hammered. He was coming in.” Minick did not call again. The gobbler began strutting at 60 yards, but it stayed put and peered up the hill.

“I could see him spitting and drumming. His head was lit up like a light bulb,” Minick said. “I wasn’t going to mess it up by getting cute. Sure enough, he finally couldn’t take it any longer. He came up to about 40 yards and stood like a statue. When he stuck his head up, it was over.

“He felt like he weighed about 50 pounds by the time I got back to the truck,” Minick said. “My back was sore and my shoulders hurt. I had my turkey pack, so it wasn’t as bad as it might have been.” Getting away from other hunters is the key to hunting gobblers on public land, Minick said. A hunter can tilt the odds squarely in his favor by getting far from roads.

“By the time I got him, I was well over a mile and a half from where I parked,” Minick said. “I probably covered close to three miles of ground total. A lot of guys are going to hunt three- to four-hundred yards from where they parked, but a lot of traffic will push turkeys deeper into the woods. If you’re not afraid to walk, you can get away from most everybody.” Minick uses a variety of calls. His primary call is a Woodhaven diaphragm, but he also likes to use friction calls because he said they have sweeter tones. He uses Rhodes box calls, which are made in Sheridan. His favorites are made of cedar and African zebra wood. He uses a pot call with a bamboo frame and a glass friction plate.

After processing the turkey, Minick took his kayak to the Peeler Bend Access on the Saline River. He said he clipped his kayak to a belt loop and waded upstream.

“I fished two hours and caught about 12 smallmouths,” Minick said. “The water was perfect and crystal clear.

“Those are my two absolute favorite things to do, turkey hunting and kayak fishing for smallmouth bass. It was quite a treat.” 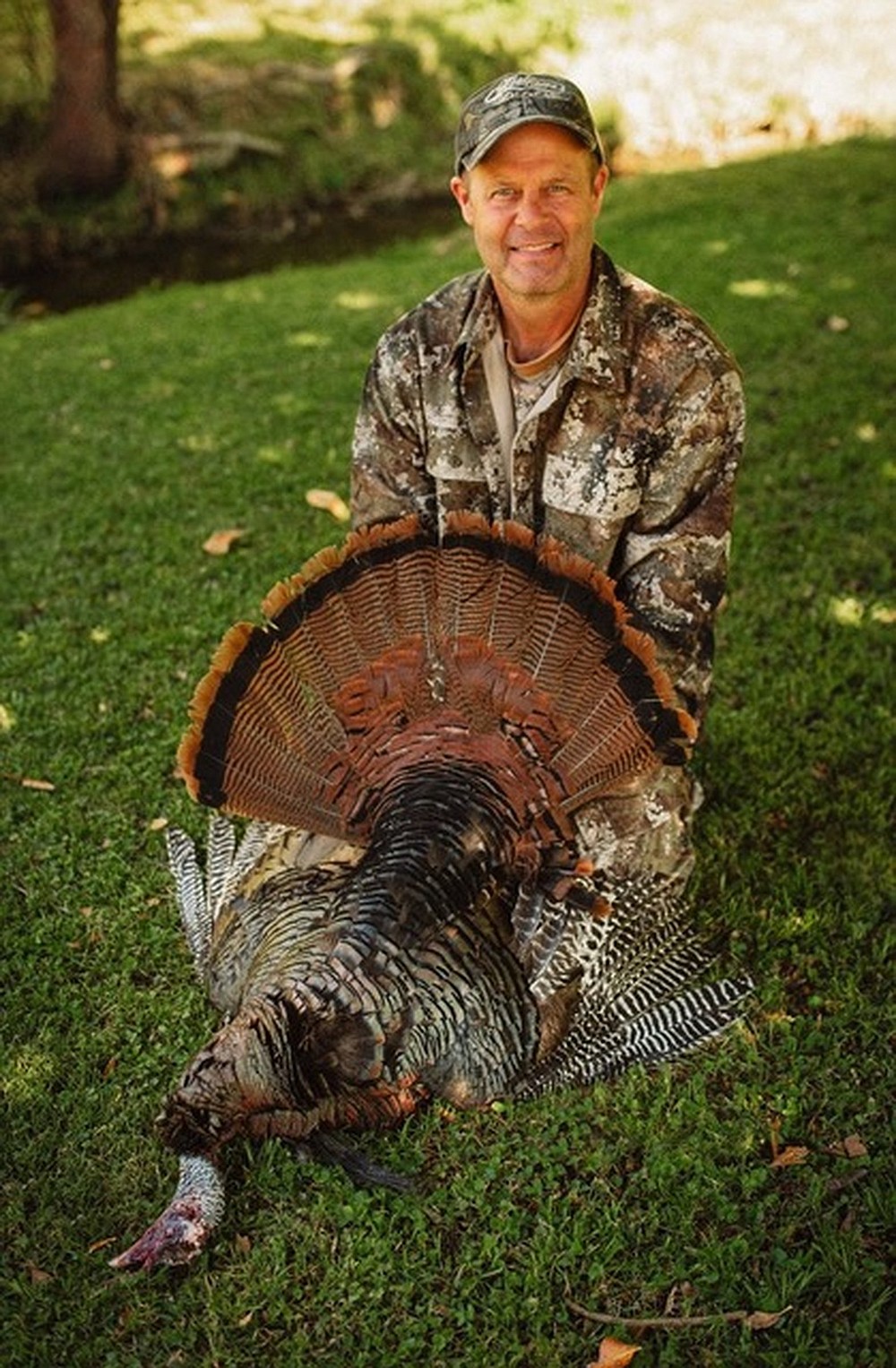 After bagging this Ouachita Mountain gobbler (shown) on the morning of April 19, Chris Minick of Benton spent the rest of the day catching smallmouth bass from a kayak on the Saline River. (Photos submitted by Lainie Deerman and Chris Minick)
ADVERTISEMENT