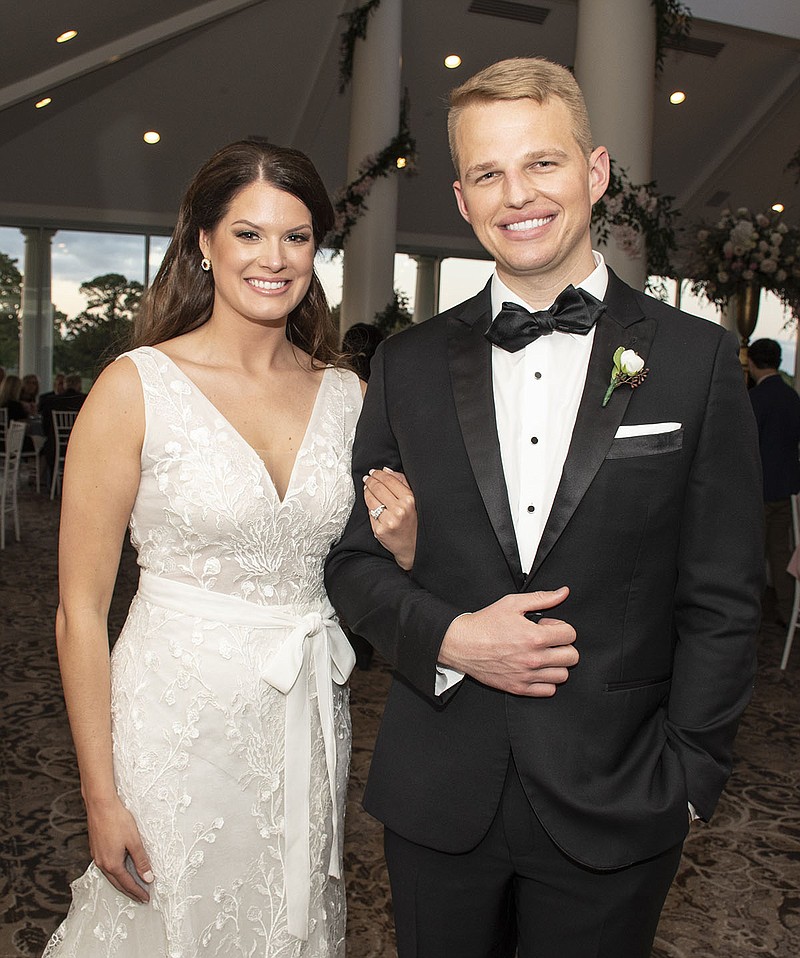 Reagan and Dr. Cody Timmermann on 04/24/2021 at the Muse - Timmermann wedding reception at the Country Club of Little Rock.

Parents of the bride are Amelia and Richard Muse of North Little Rock. She is the granddaughter of Joy Hanry Muse of Bryant, the late Paul Howard Muse of Junction City and the late Dr. and Mrs. Byron Eugene Holmes of Lonoke.

The bride, who walked down the aisle with her father, wore a sleeveless embroidered trumpet-style gown tied at the waist with a velvet sash. Her two-tier cathedral-length tulle veil was trimmed in silk white soutache. She carried a gathered Edwardian clutch with soft pink and ivory hydrangeas, roses, tulips, thistle and peonies.

Serving as her sister's matron of honor was Charlotte Fletcher of Dallas. Bridesmaids were Olivia Patton and Amy Womack, both of Little Rock; Macy Taylor of Searcy; Margaret Rushing of Fayetteville; and Kaytie Hofmann of Bryant. They wore chiffon one-shoulder gowns with pleated A-line skirts in the color steel.

Guests were seated by Cash Arcement, Joseph DeLoach and Reed Gardner, all of Little Rock.

The couple will make their home in Little Rock and plan a summer honeymoon.